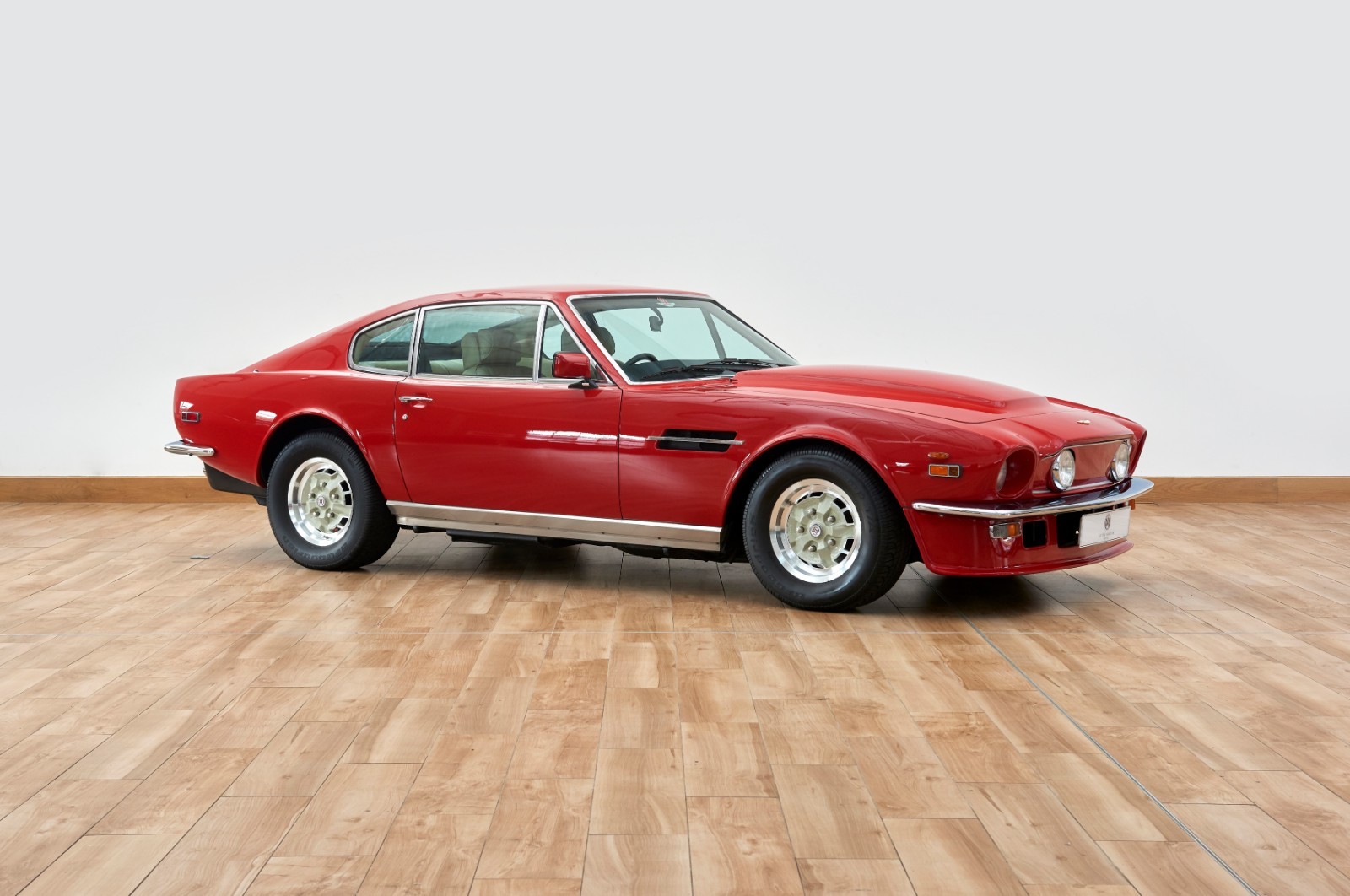 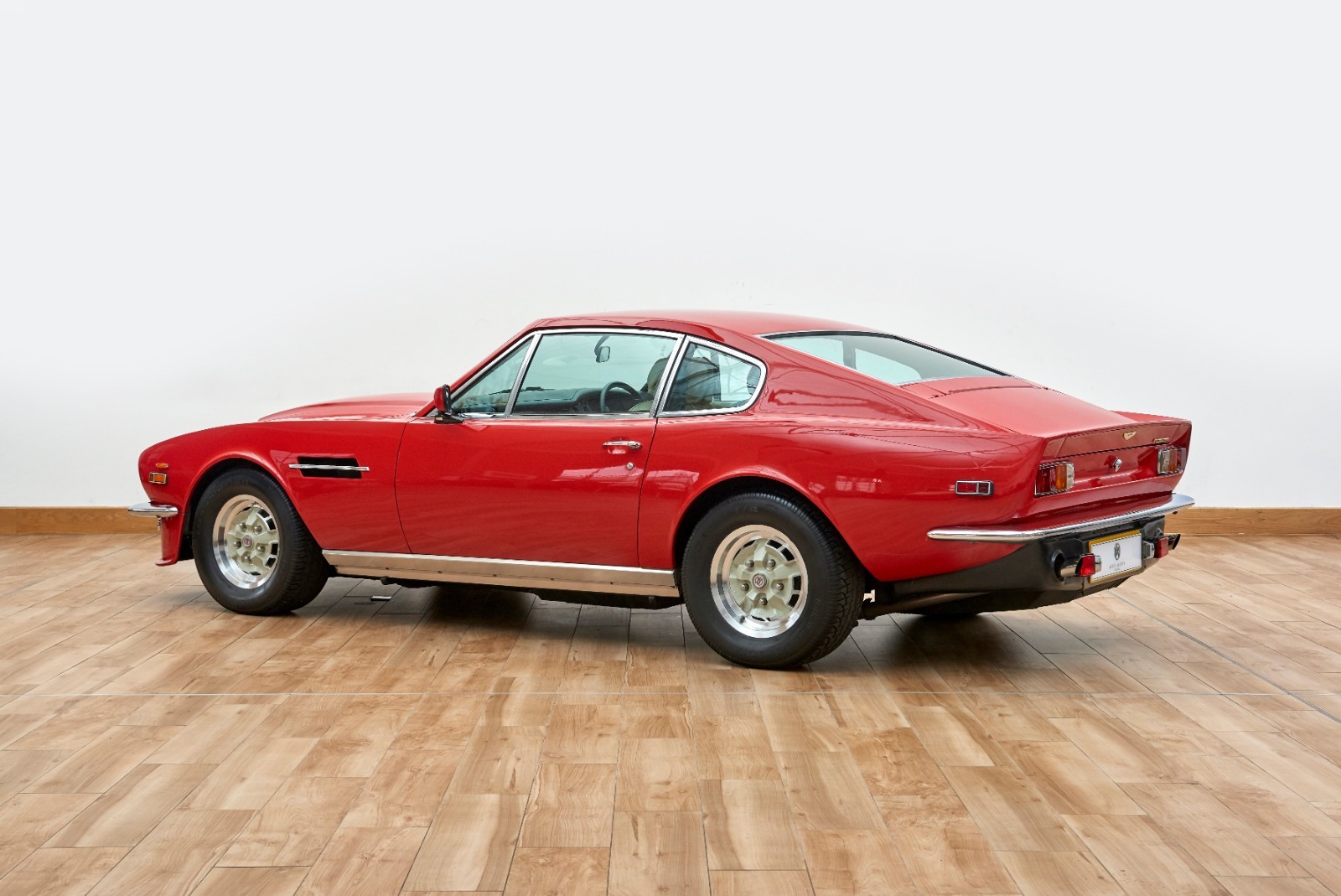 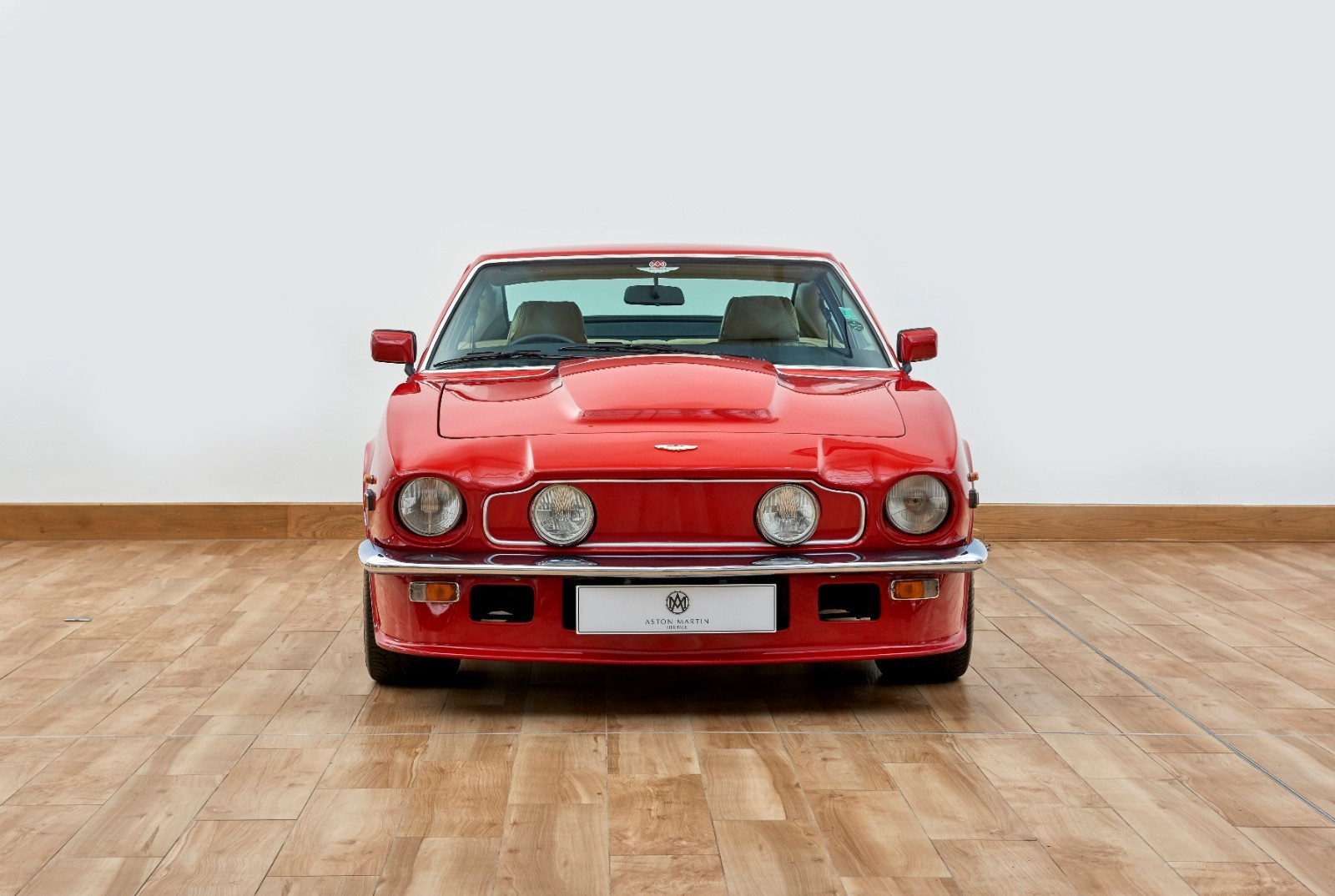 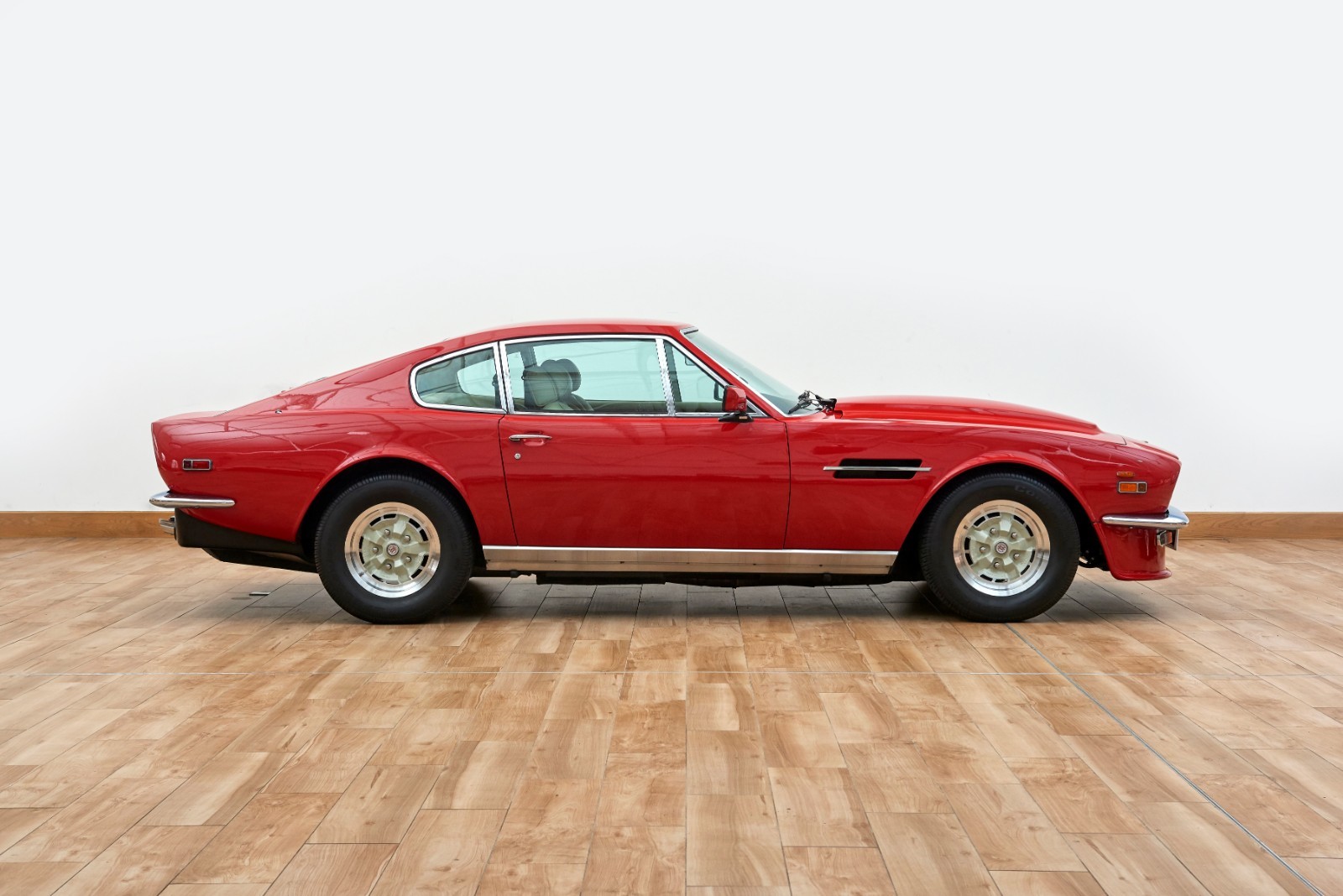 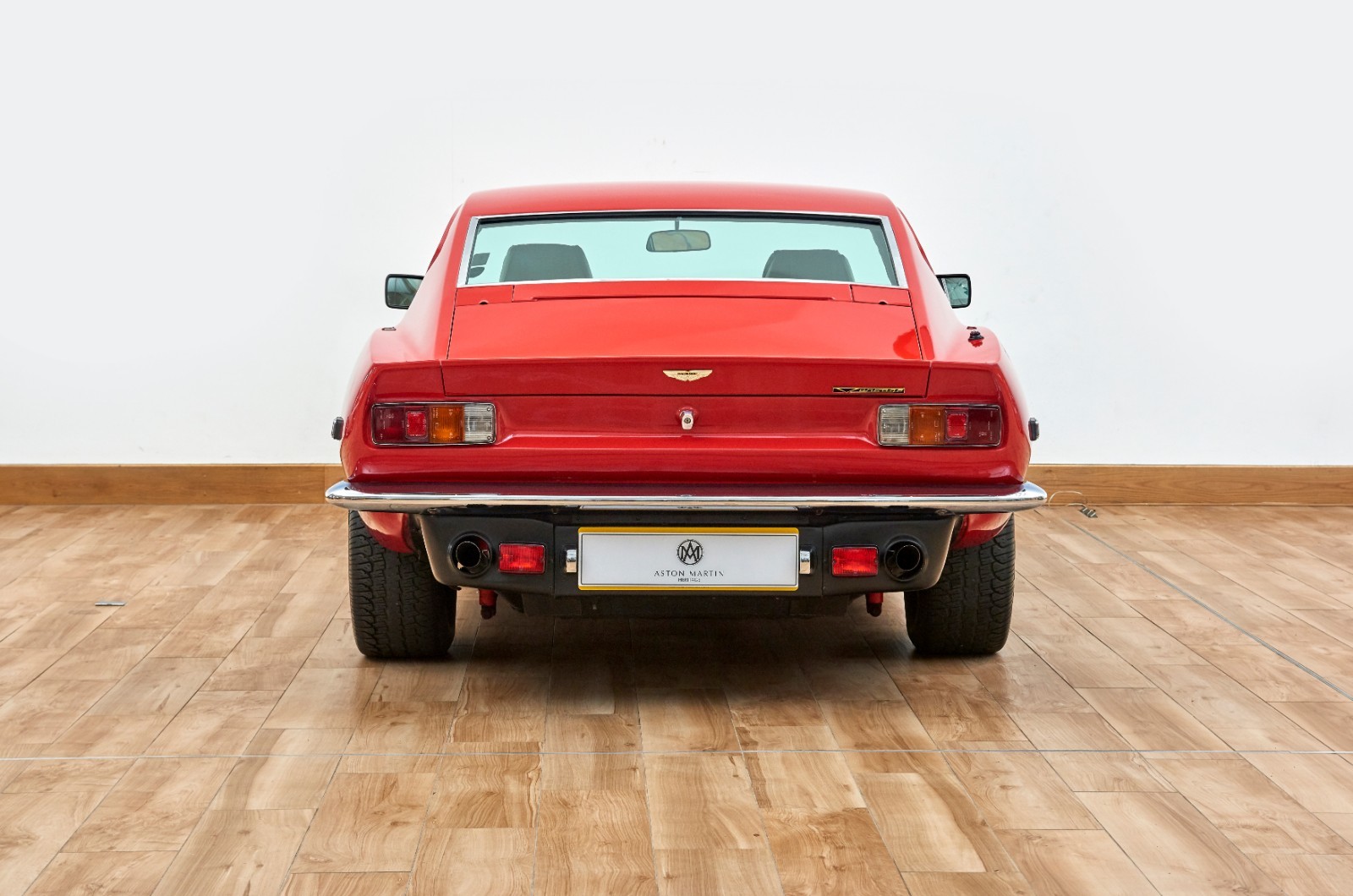 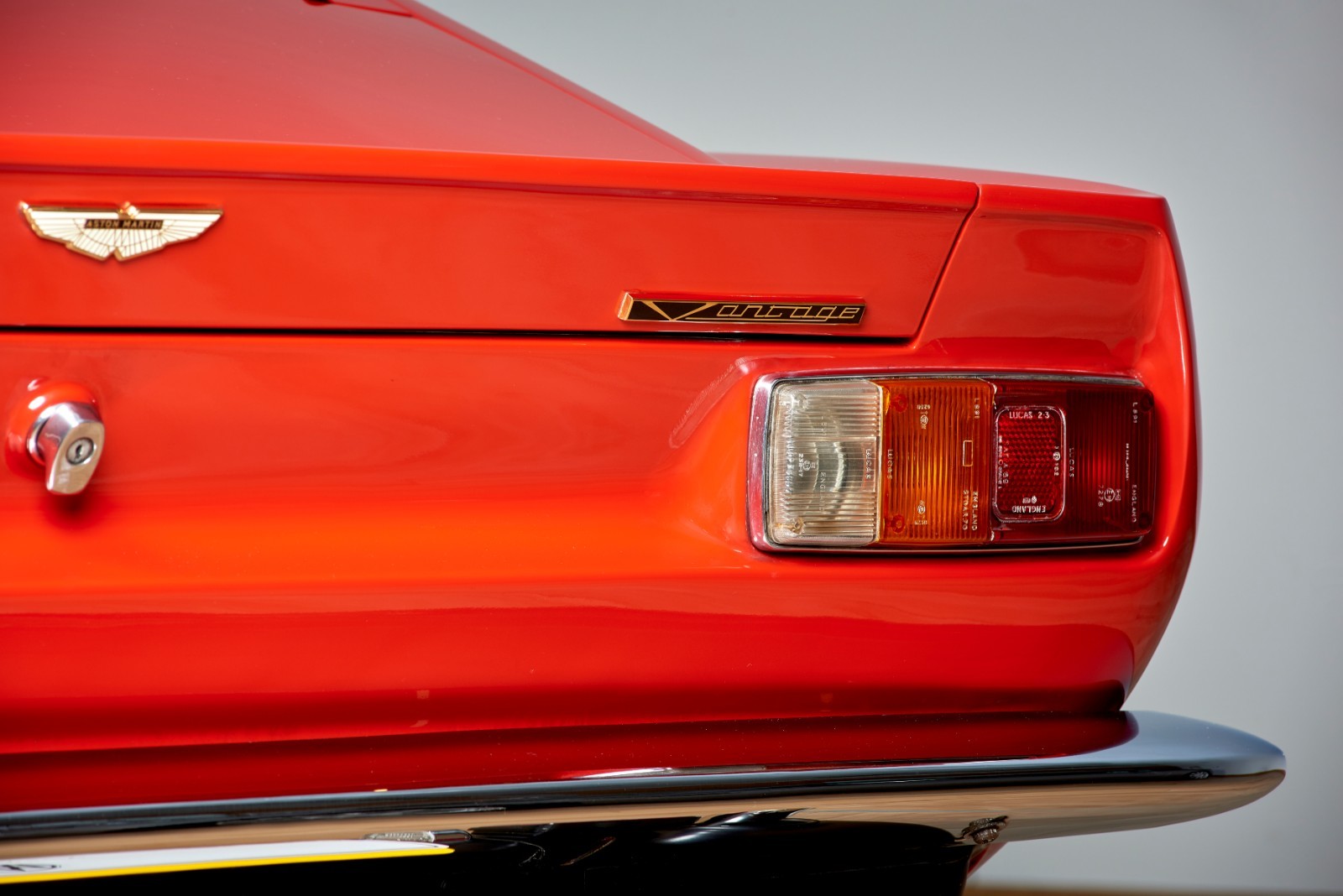 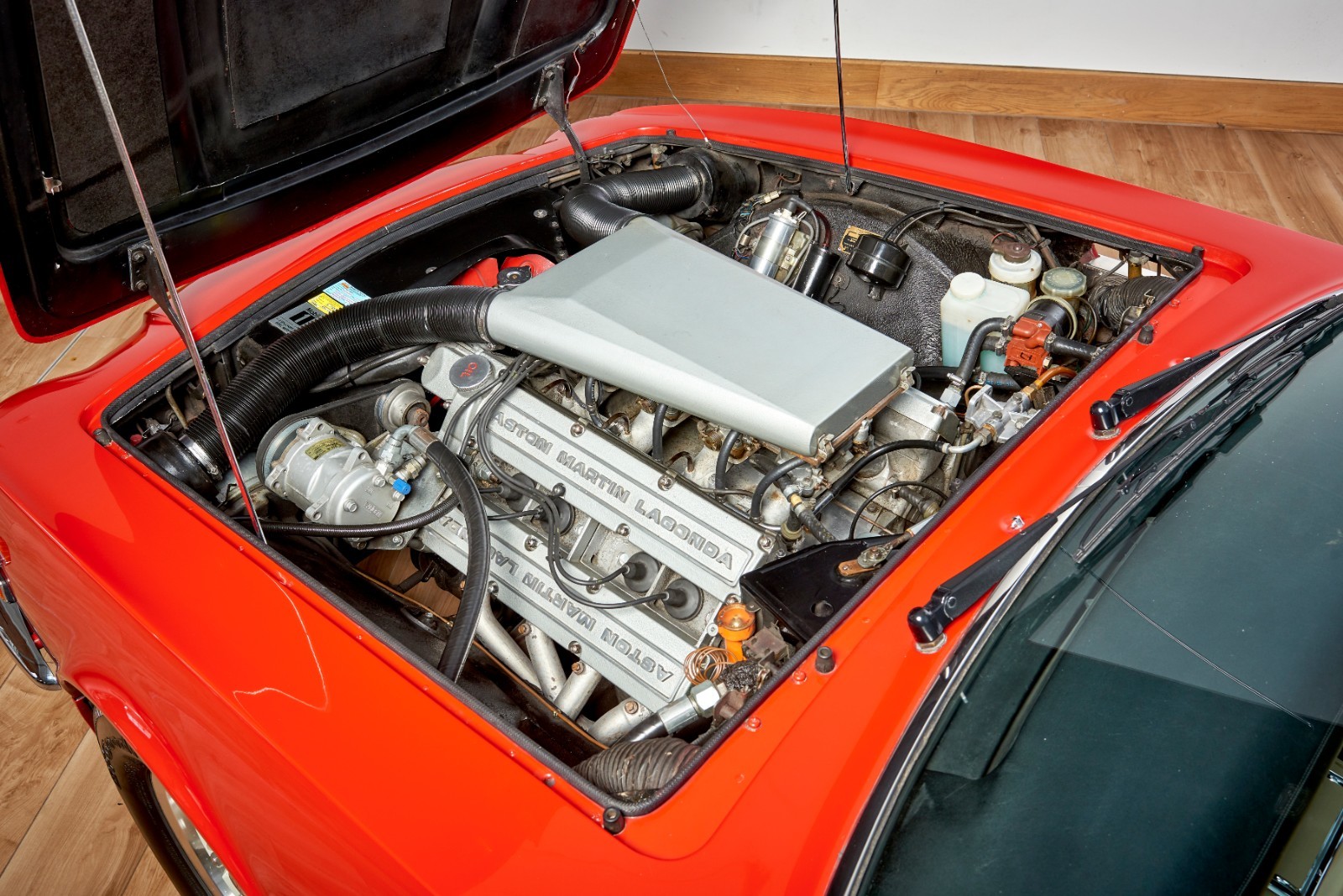 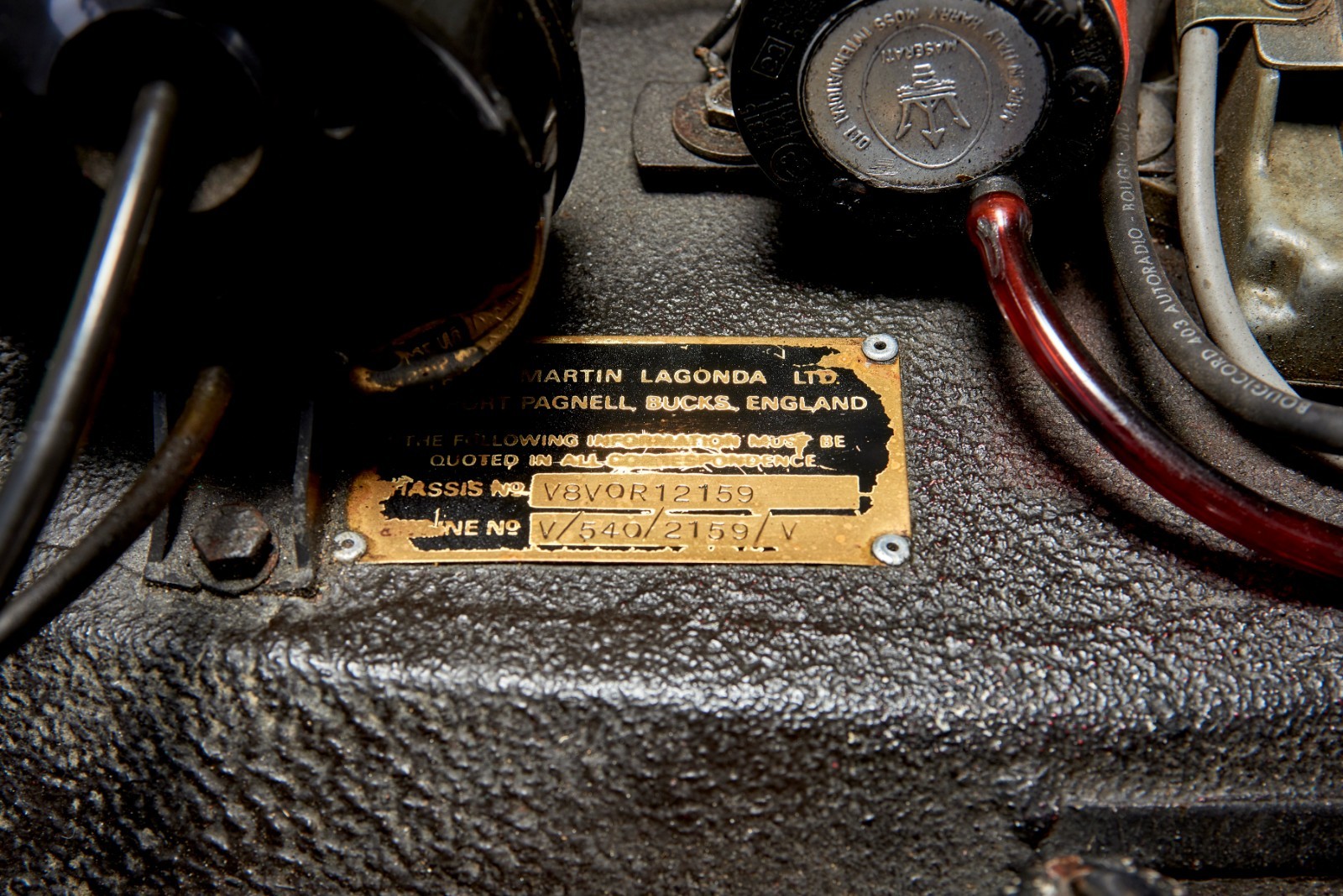 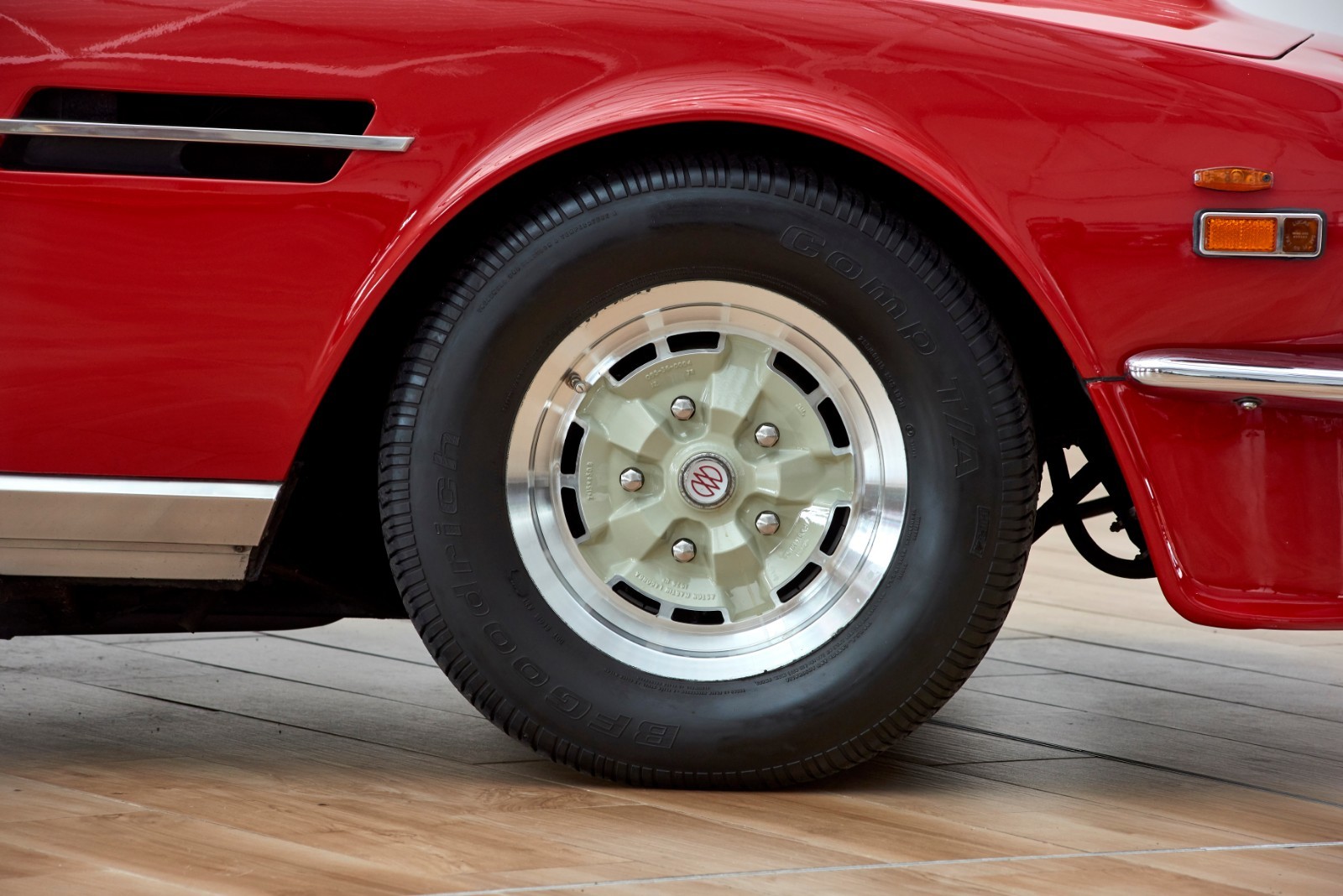 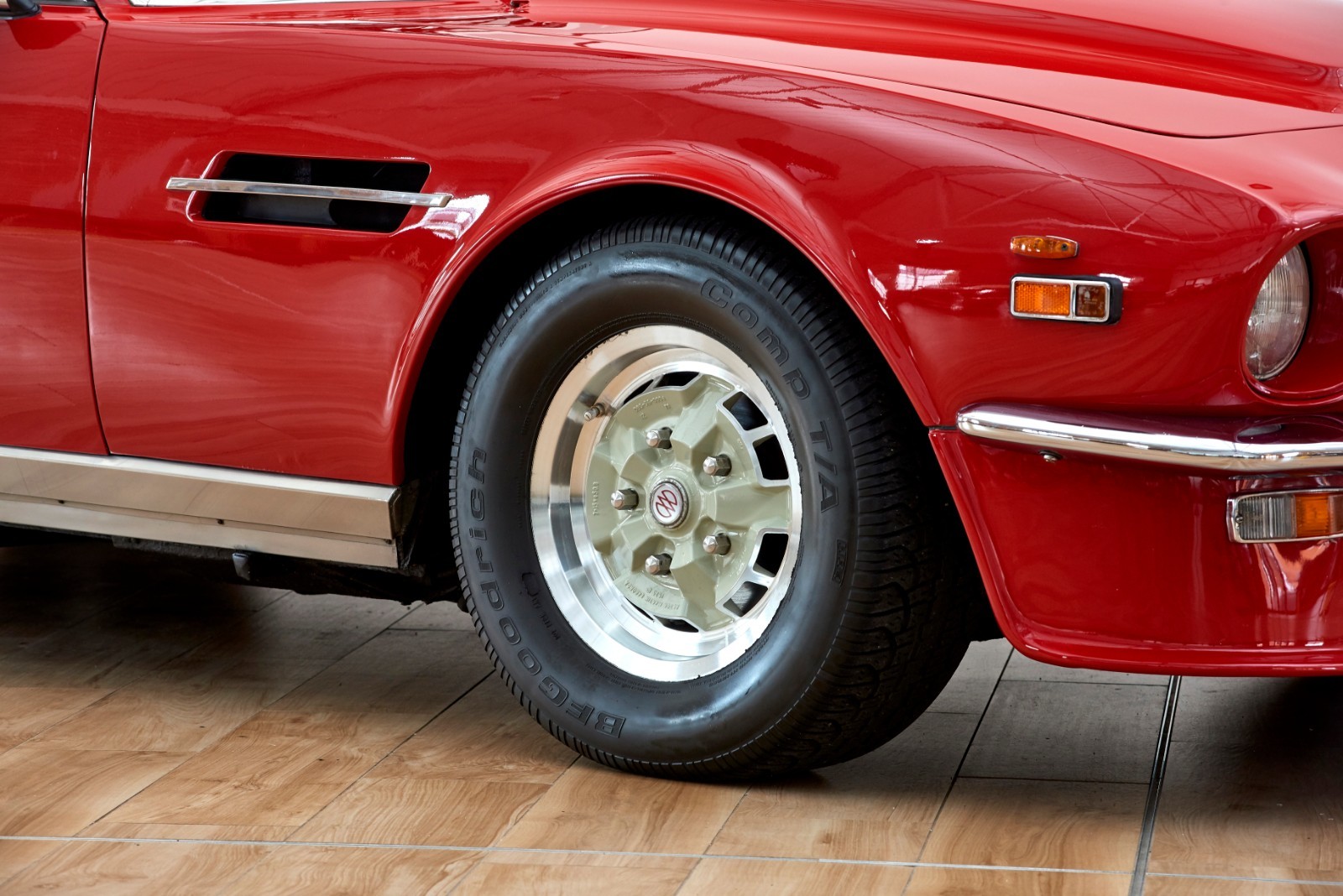 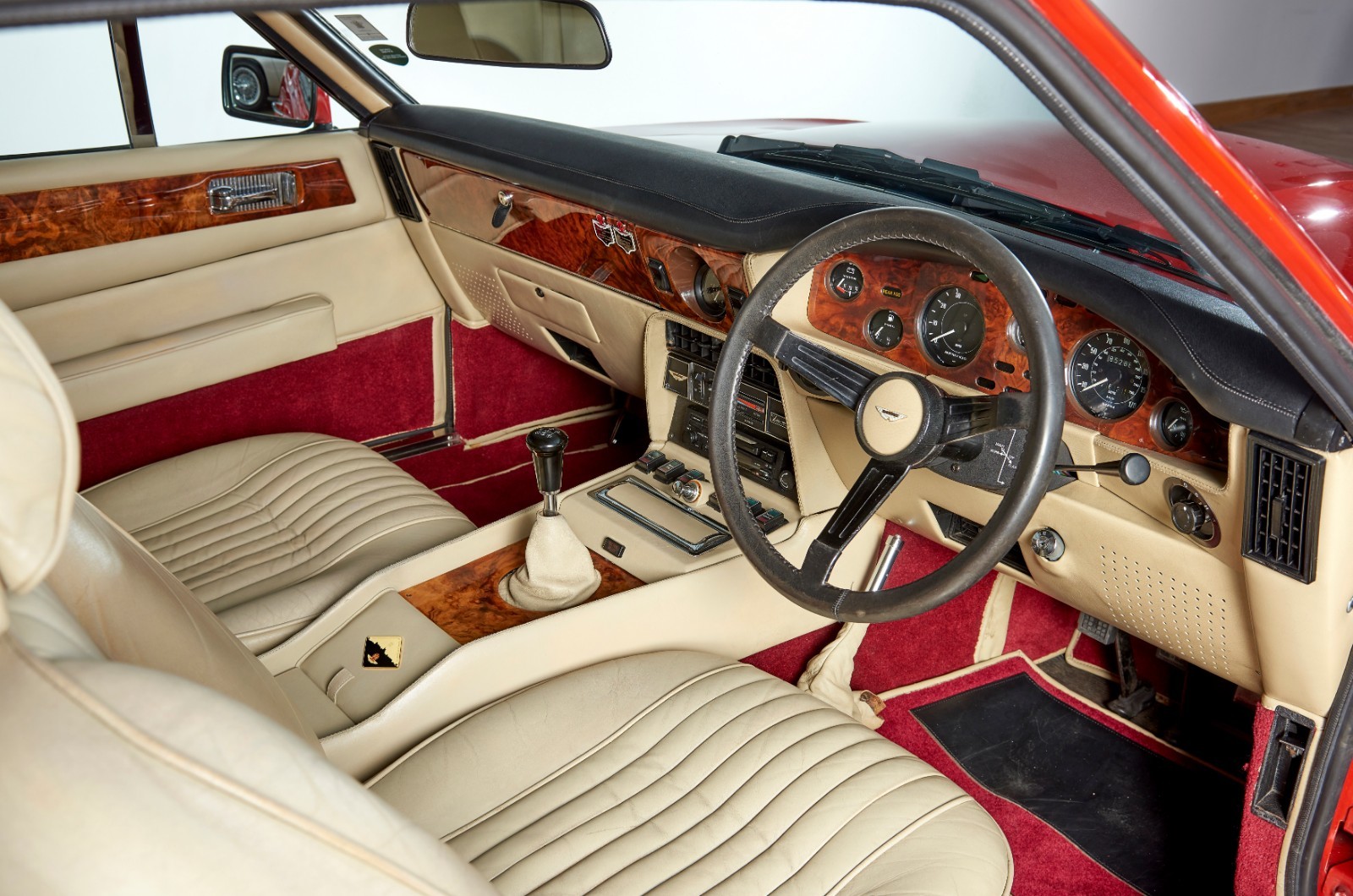 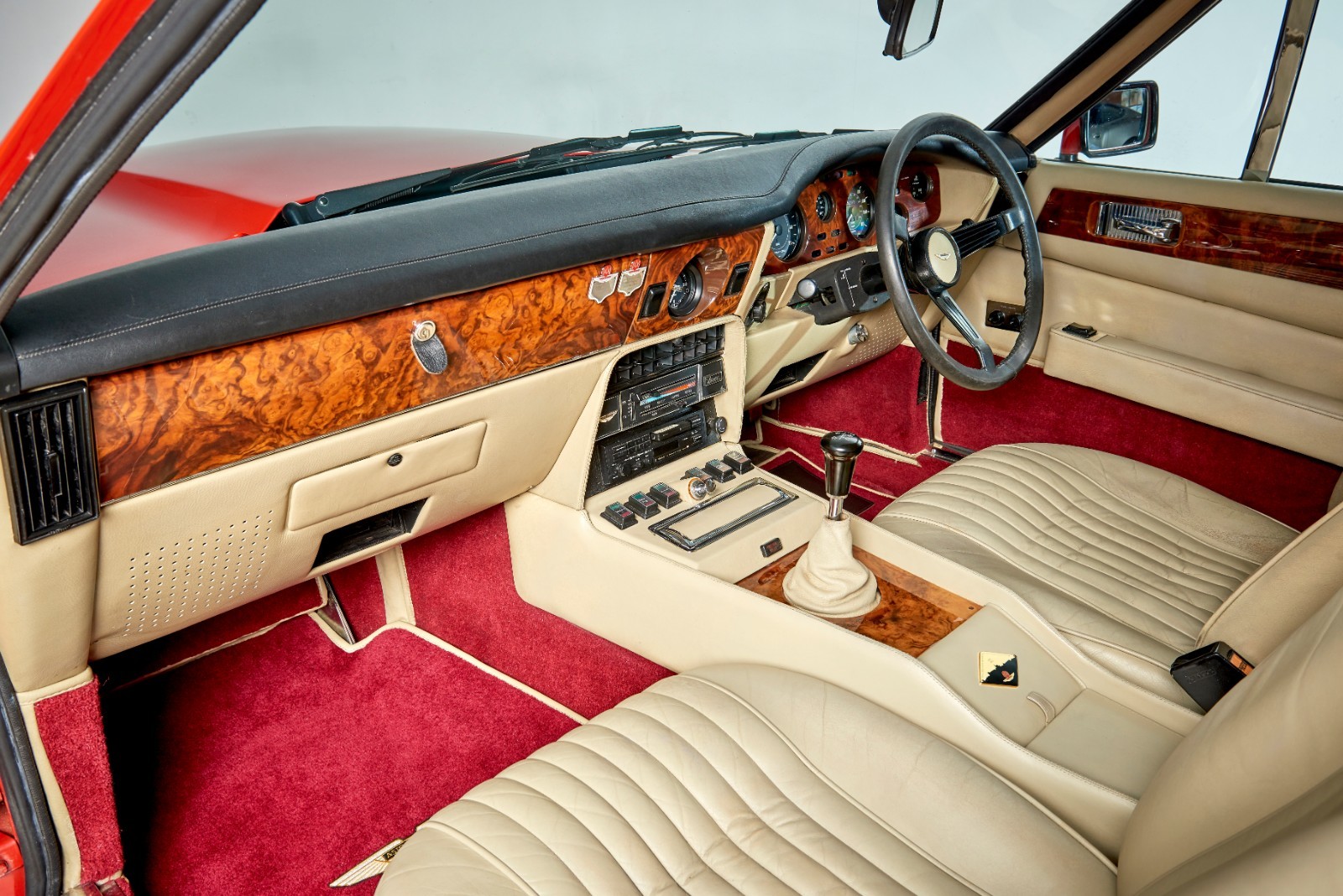 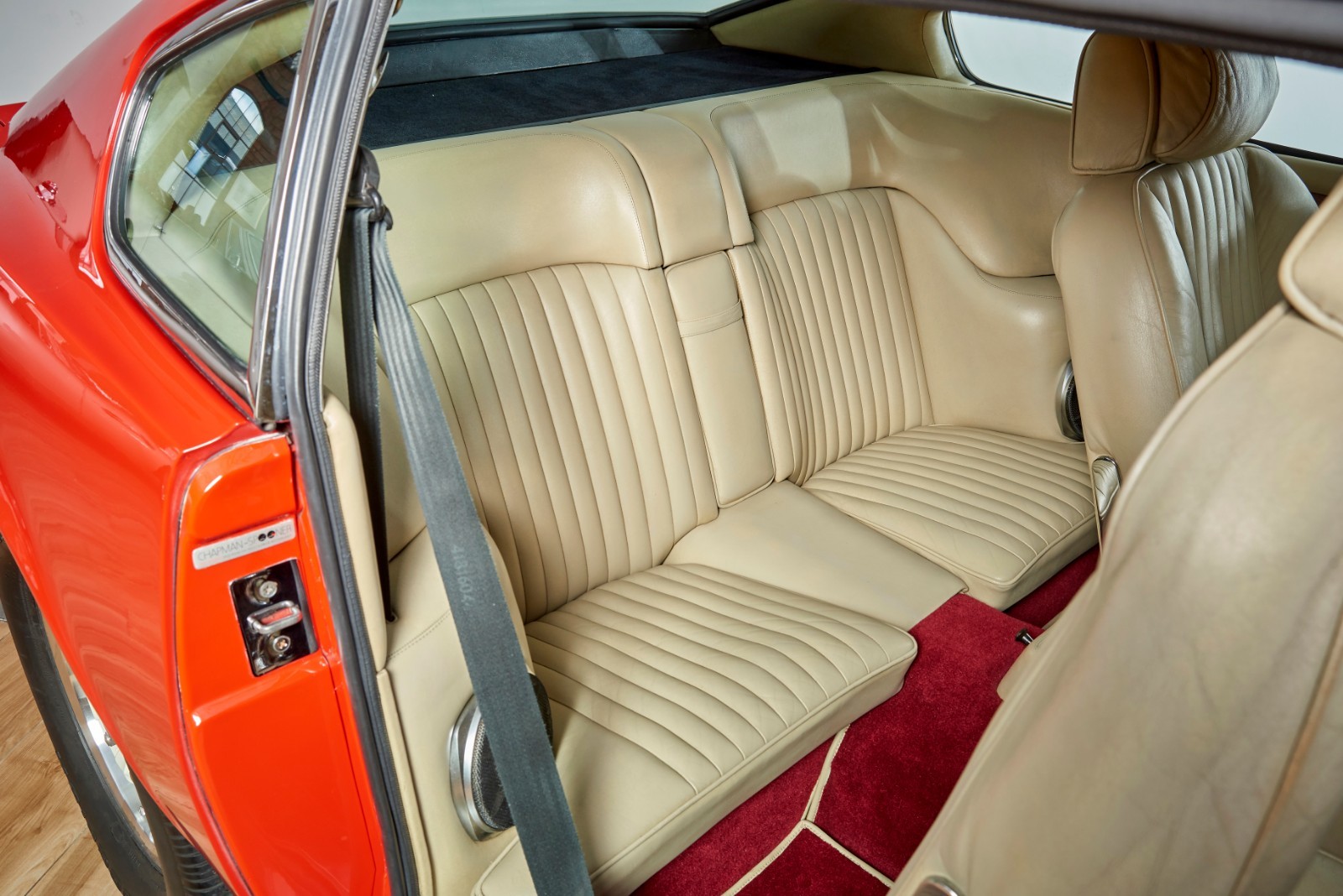 - Recent fourteen-year ownership by an enthusiastic AMOC member. - Wonderfully detailed history file containing MOT and maintenance records from 1983. - Multiple AMOC Concours entries, and appearances in magazines and on television. - Former ownership by a famous film actor who is a connoisseur classic car collector and Aston Martin enthusiast. - Piloted around Silverstone Circuit by Damon Hill with Sir Jackie Stewart for Sky Sports in 2014. - One of just 45 'Oscar India' examples built. - Supplied with a one-year Aston Martin warranty.

Aston Martin Works are delighted to offer for sale this lovely and early AMV8 Vantage.

Shortly after its production was completed in July 1979 and it was dispatched from the Newport Pagnell factory, the Vantage was sold and registered by the authorised dealership Reg Vardy on August 1st 1979. The car remains today in its original colour combination of Storm Red paint with a Beige leather interior.

This Vantage has a very detailed history file containing a large quantity of maintenance invoices since 1986 from recognised marque specialists, with Aston Martin Works having known the car since 1995. Also contained is a list of former owners, and it appears the car spent its first few years in the north of England close to where it was supplied new until February 1984, when it was purchased from Reg Vardy of Newcastle by a gentleman in Surrey who brought the car to the south of England where it has remained ever since. The enthusiastic AMOC member owner took the car on the 1985 AMOC Golden Jubilee tour of Europe which led the participants around France, Switzerland and Germany. You can imagine it roaring around the Alps, hopefully in a less aggressive and more politically correct manner than Rowan Atkinson recently did in the South of France in an identical AMV8 Vantage, as British Secret Agent Johnny English in the 2018 film Johnny English Strikes Again.

After three-and-a-half years of enjoyable ownership, the arrival of a daughter necessitated the sale of the Aston Martin and the purchase of something more family-friendly. The mention of the film leads us conveniently onto another owner; in November 1992 the car was acquired by a very well-known actor. The history file boasts the majority of expired MOT certificates (as both copies and originals) from August 1983 which show the car was in regular use until 1995, when the odometer recorded just over 71,000 miles. After that, the distance covered between MOT's was just a few hundred miles, sometimes not even that.

In June 2005 the most recent owner exchanged his 1980 V8 Saloon against the Vantage at his local Aston Martin specialist dealer, commencing what was to be an exciting fourteen-year relationship involving many Aston Martin Owners Club (AMOC) Concours events, and successes. High profile appearances were not kept only to the concours lawns, with the owner enthusiastically displaying his cherished Vantage at the 2013 Aston Martin Centenary Celebrations in Kensington Palace Gardens, providing it to Sky Sports in 2014 for filming at Silverstone to celebrate fifty years of the racing circuit, and loaning it to Classic Cars Magazine in 2017 for a feature on the Aston Martin DBS and its subsequent derivatives. The Sky Sports production in 2014 is especially interesting as it required the car to be driven around Silverstone Circuit by Damon Hill with Sir Jackie Stewart in the passenger seat. There is much documentation in the history file referring to this exciting day at Silverstone.