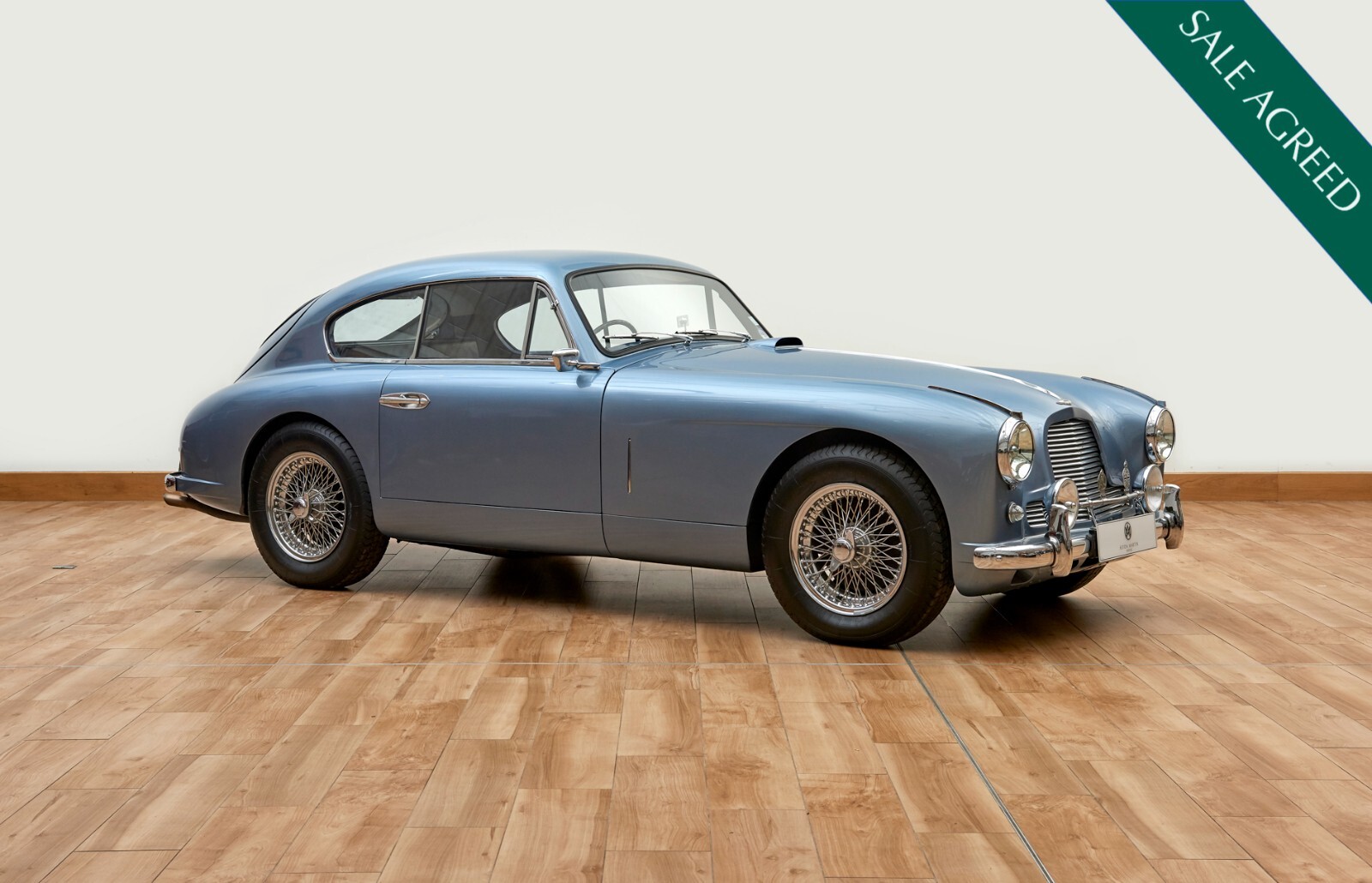 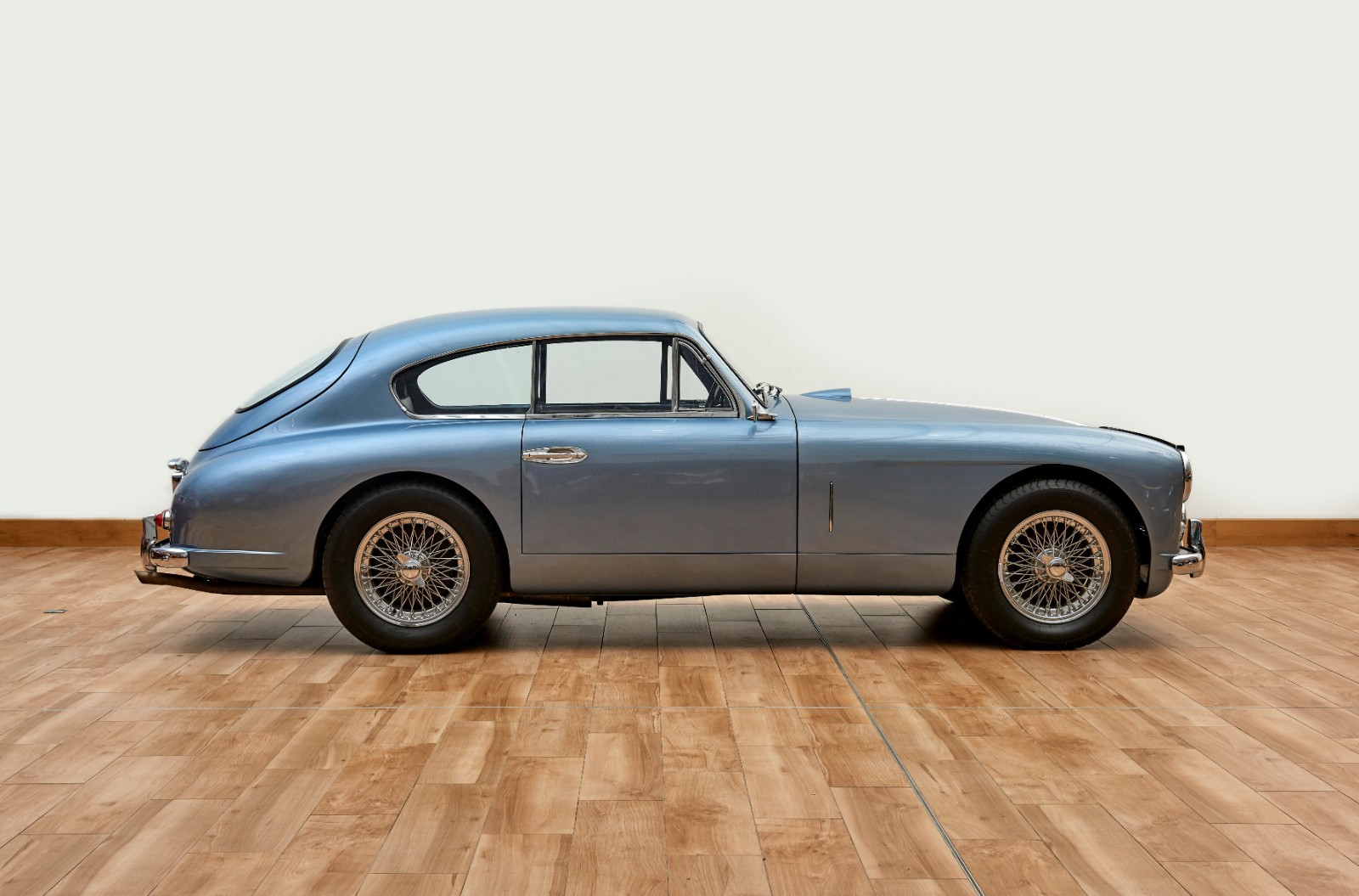 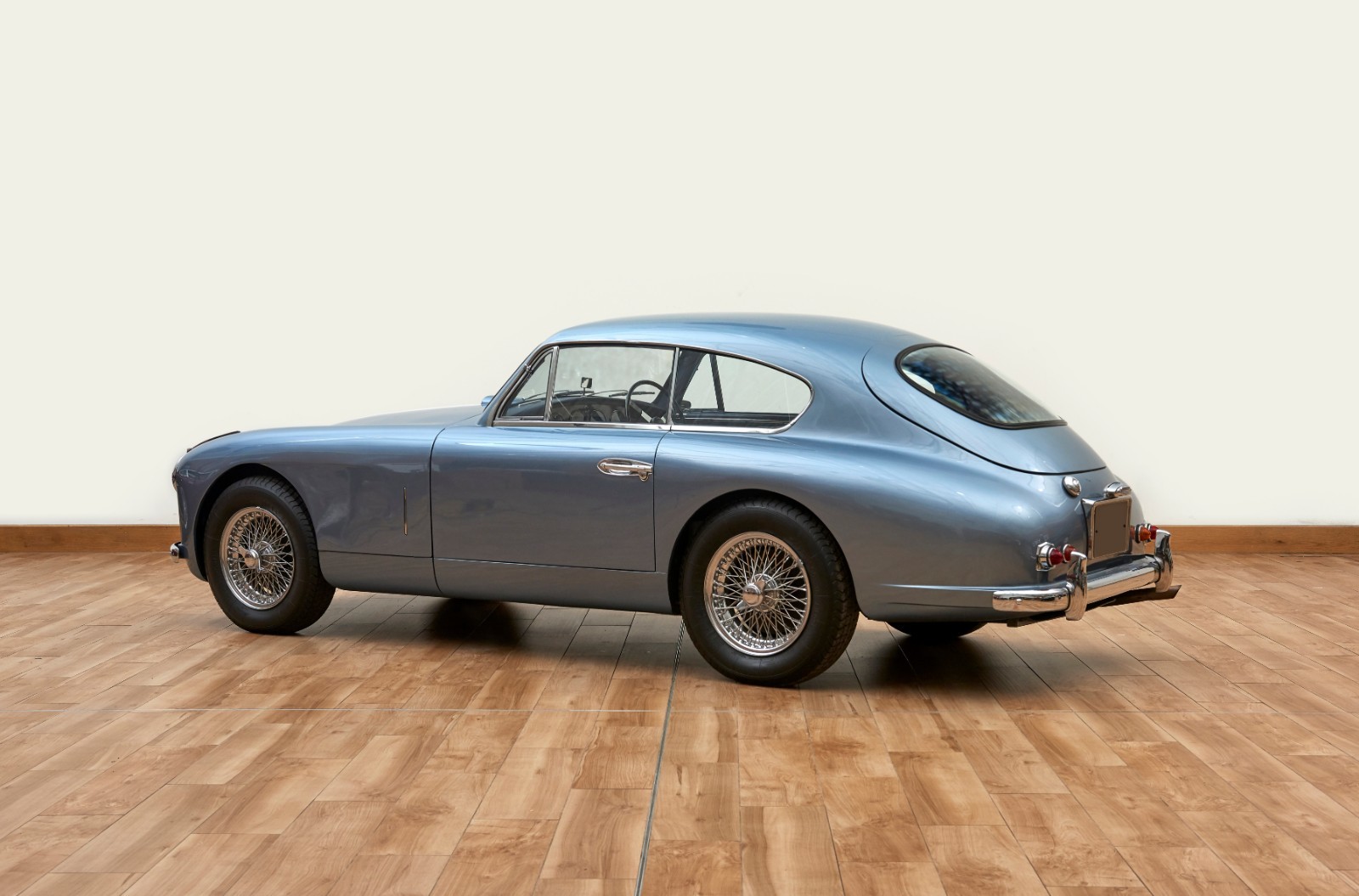 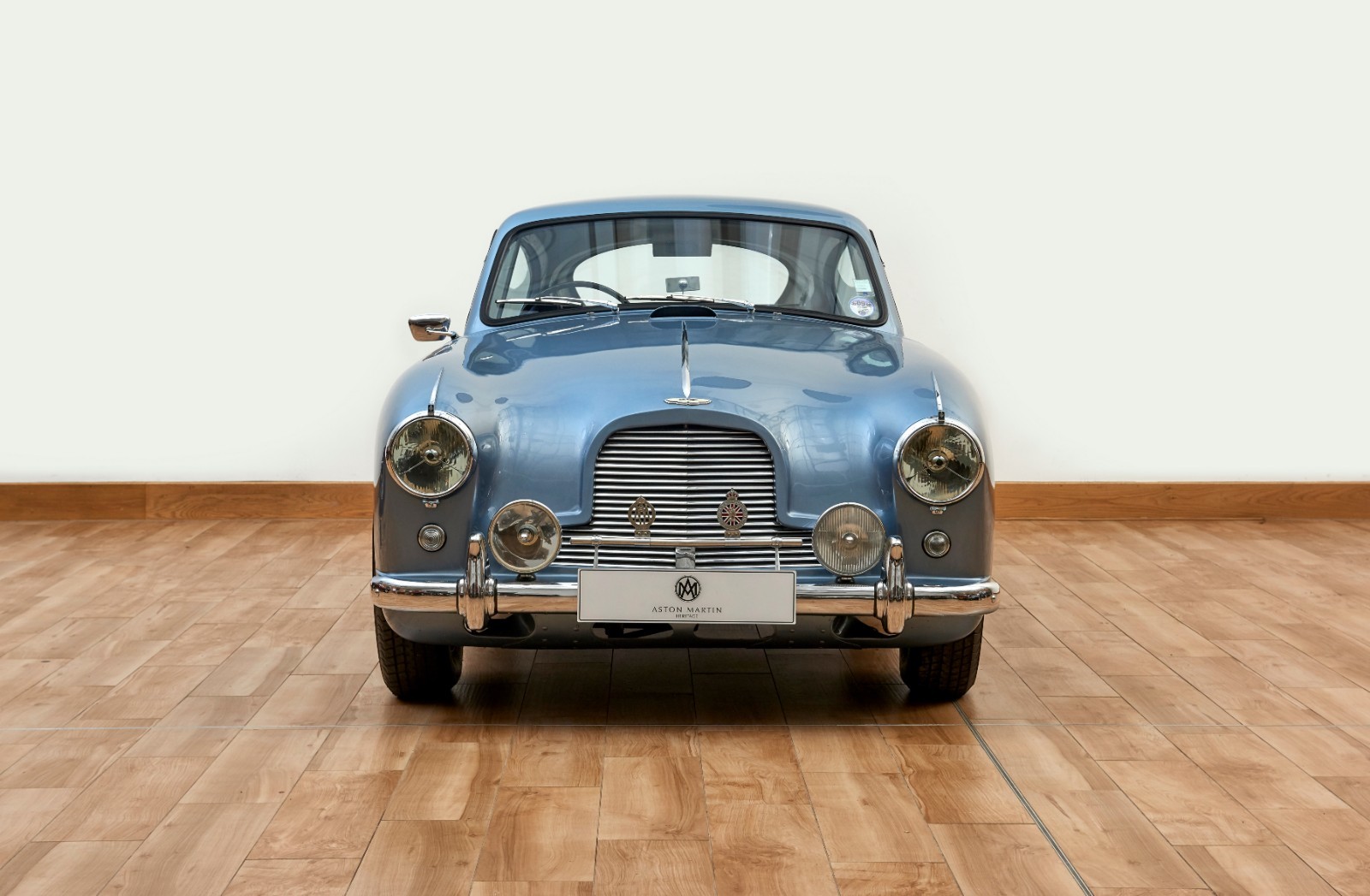 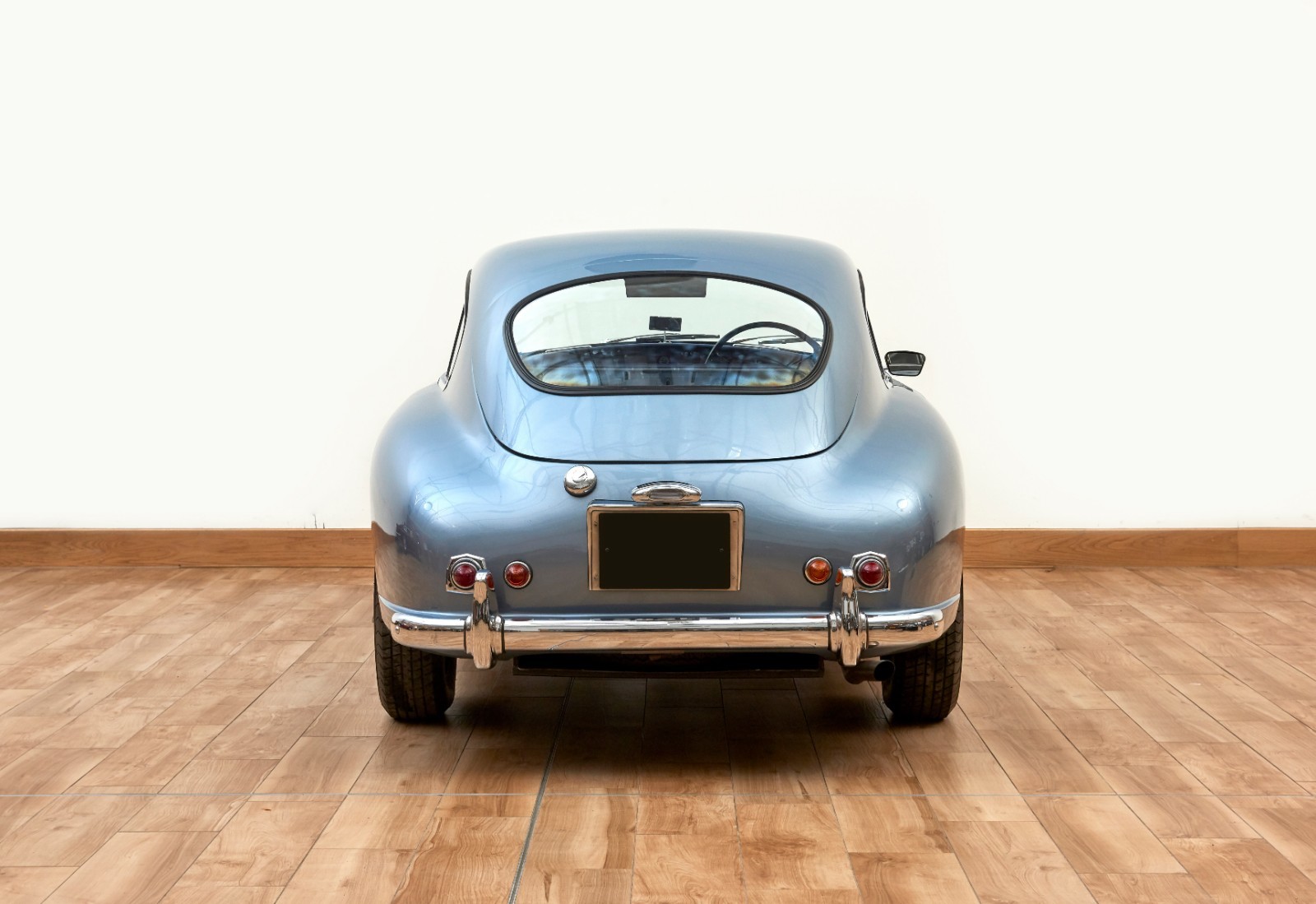 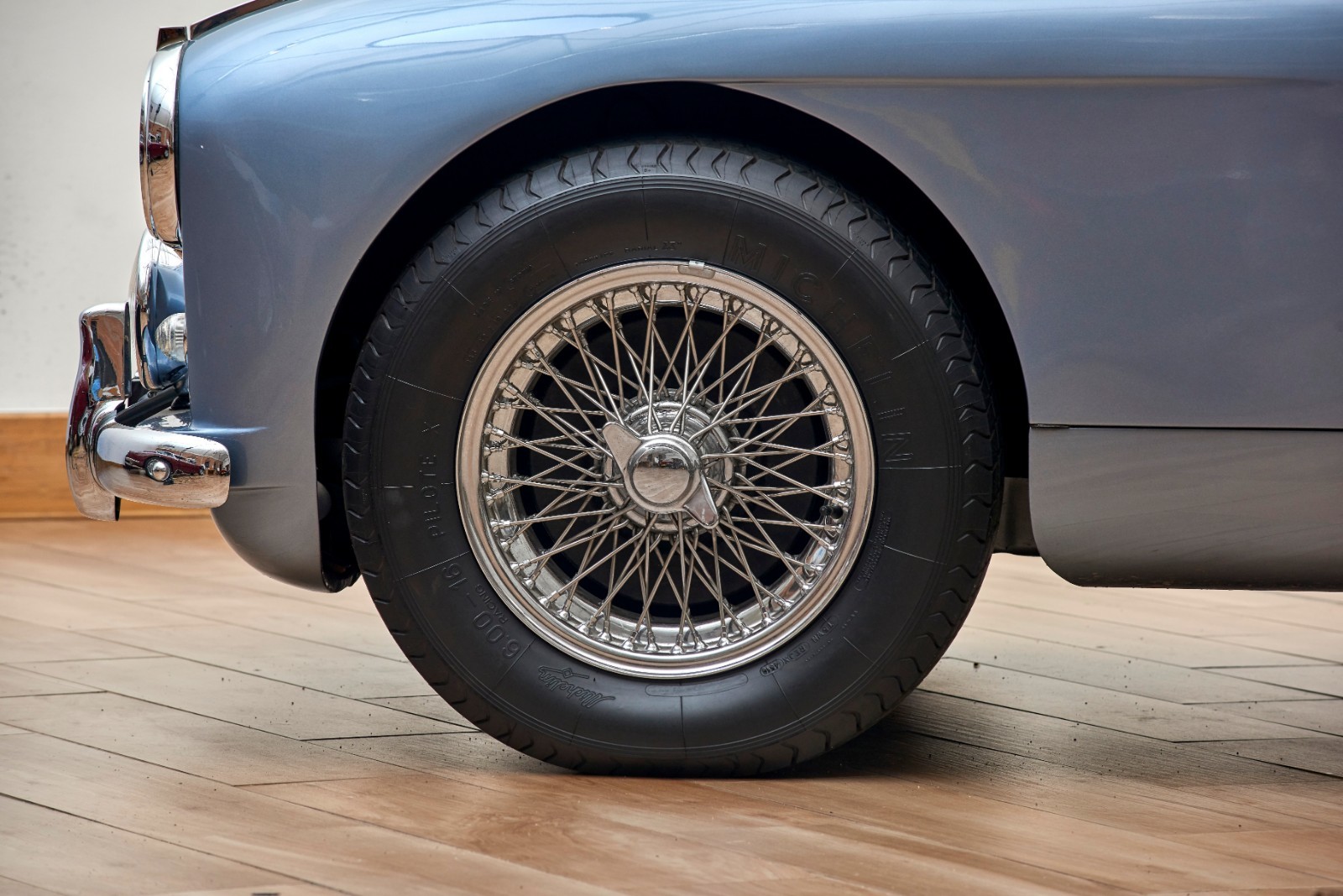 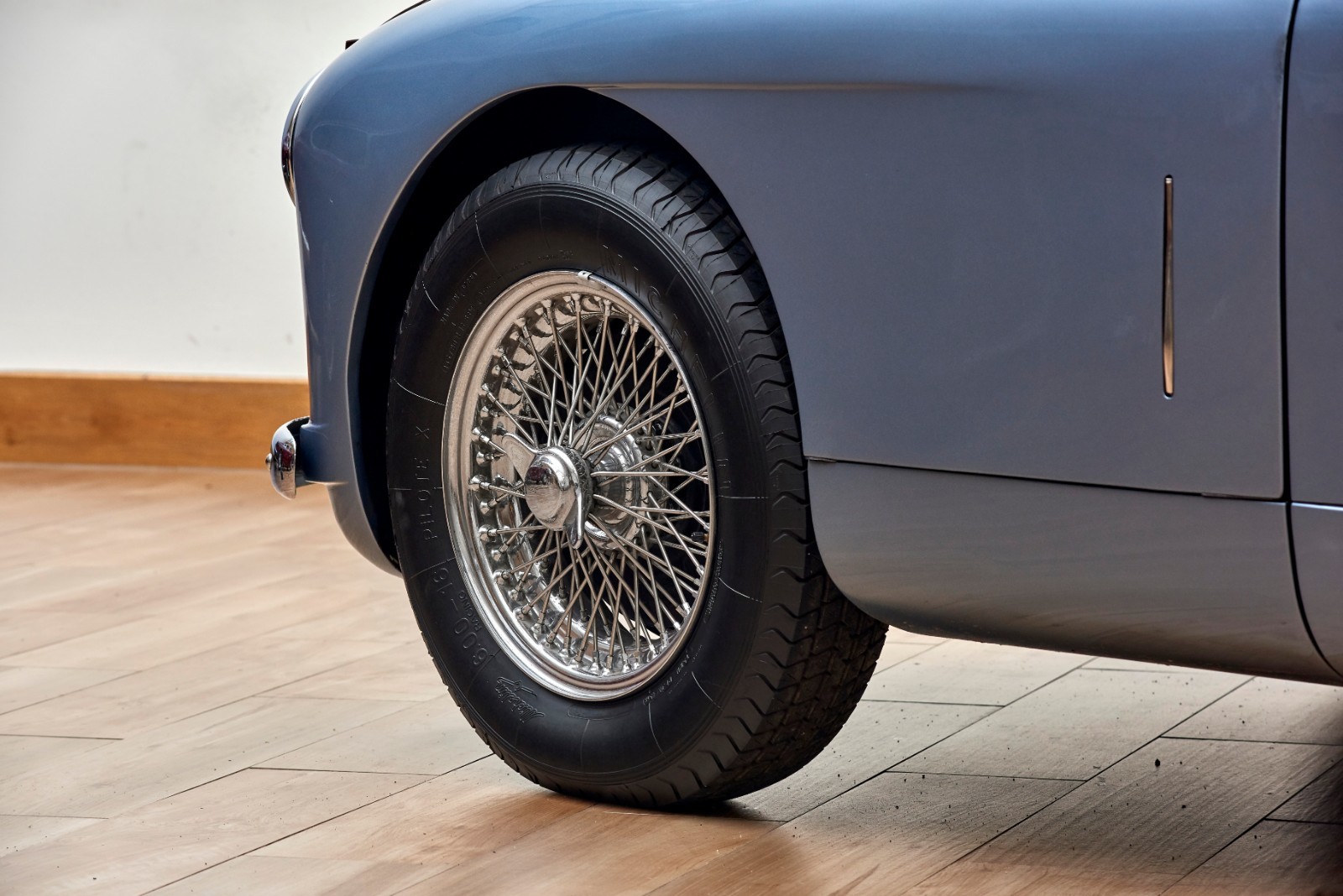 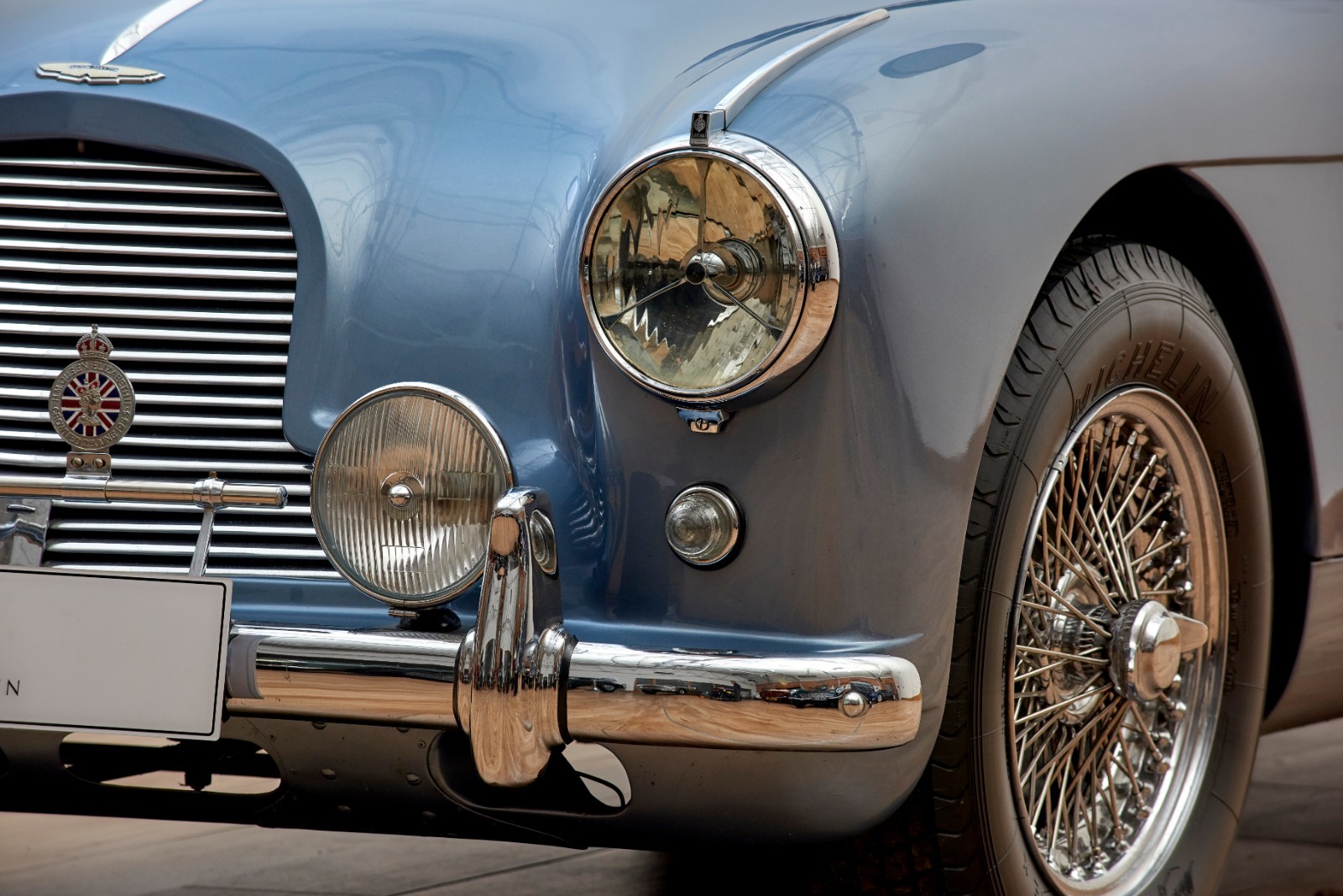 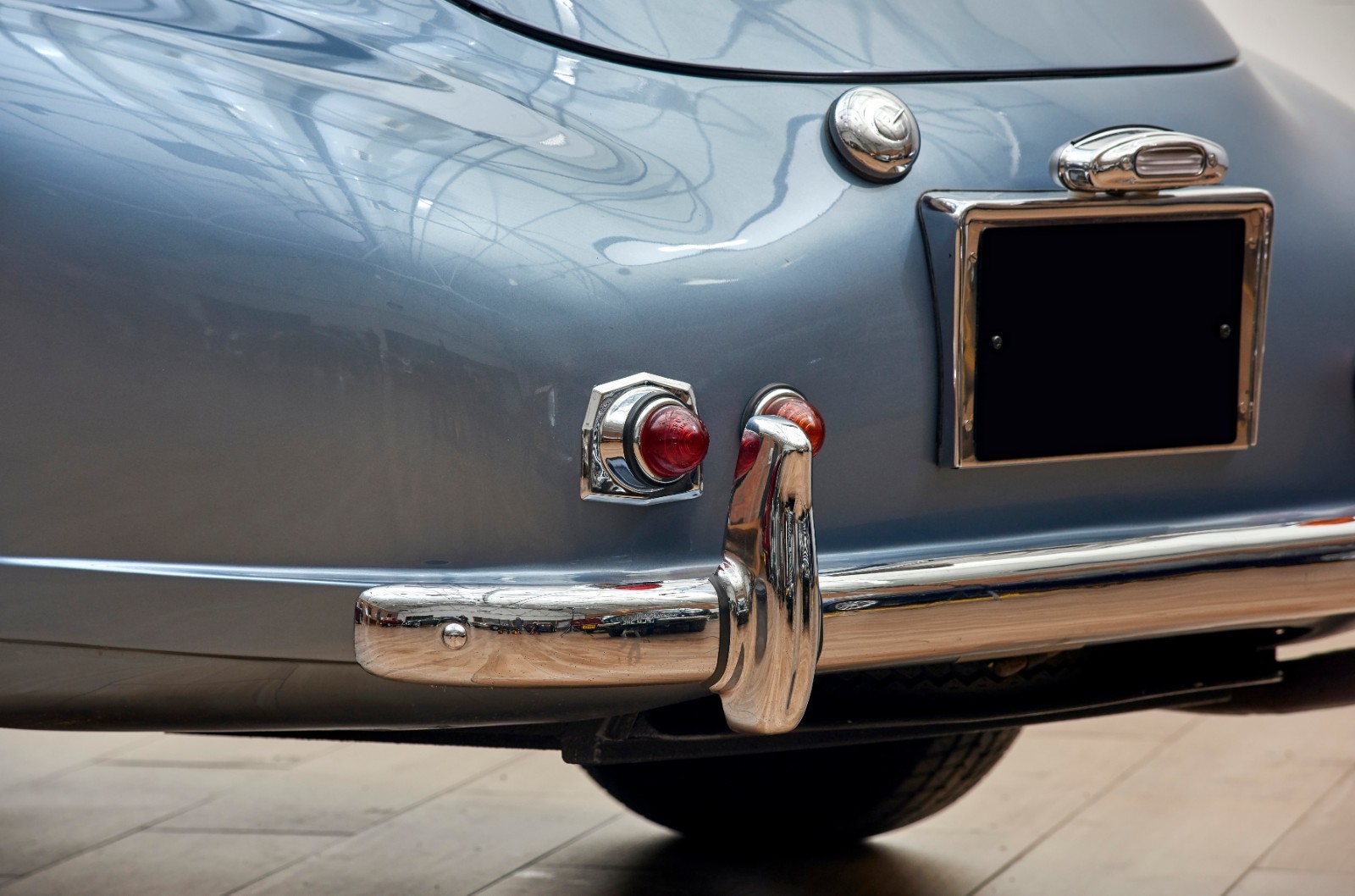 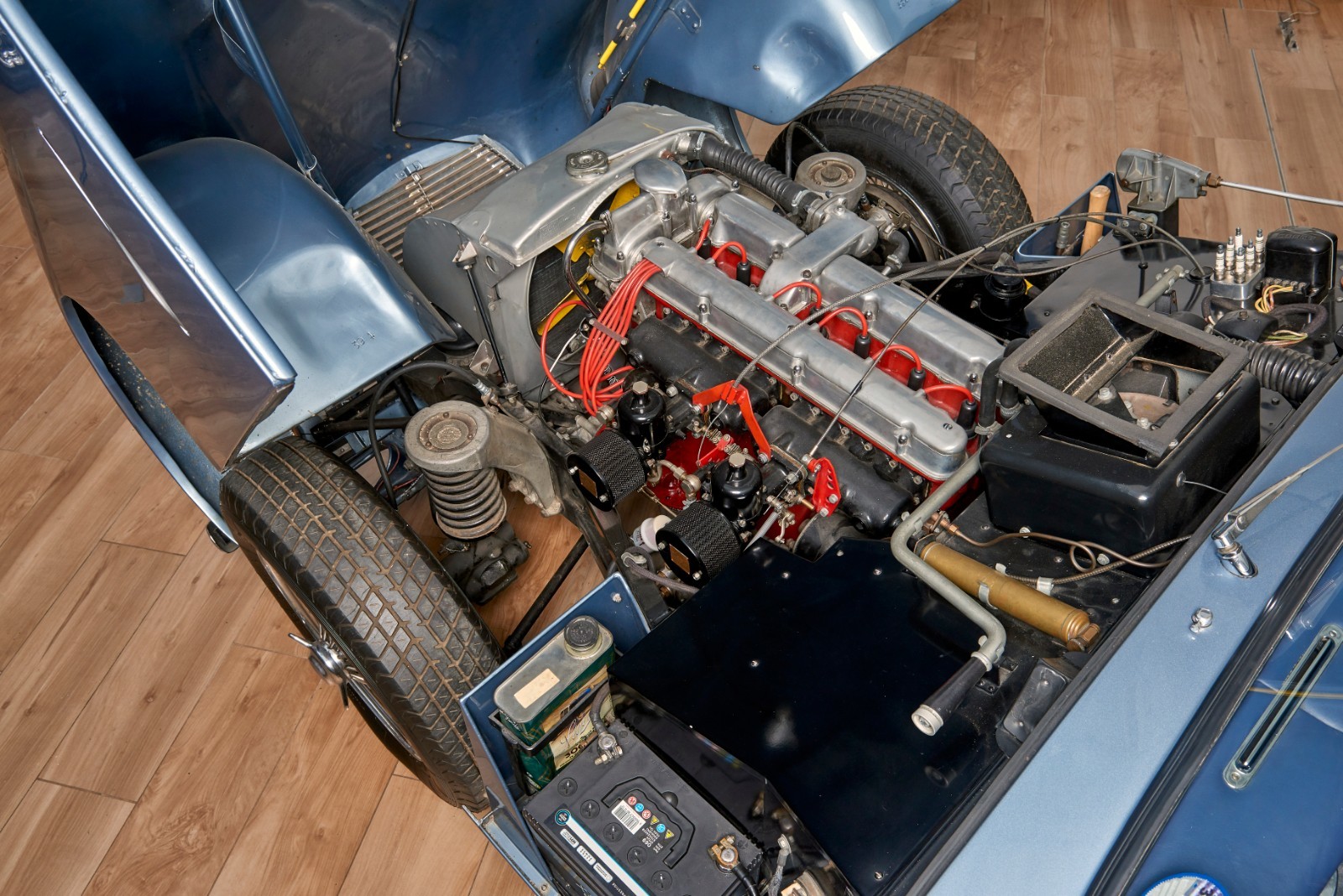 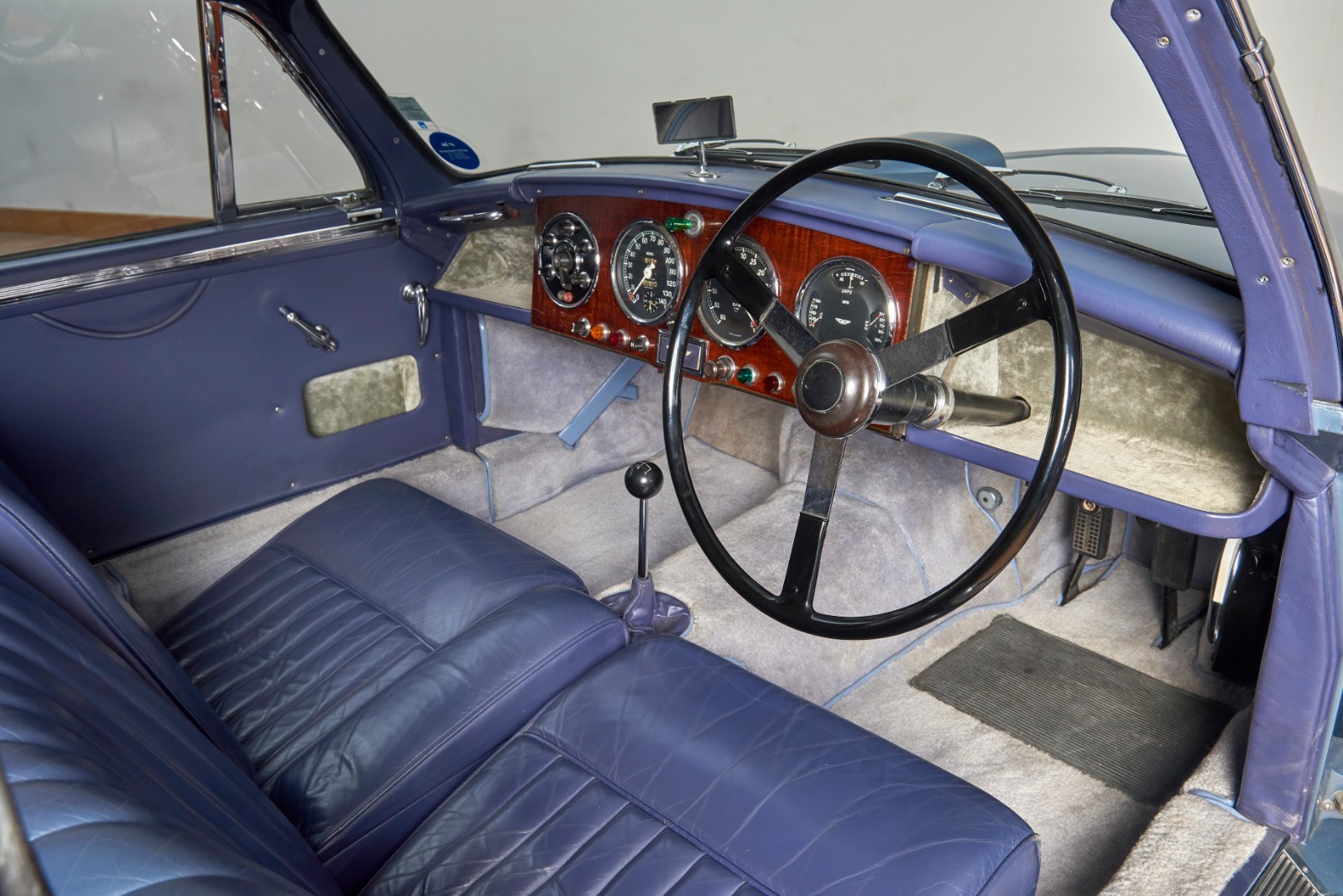 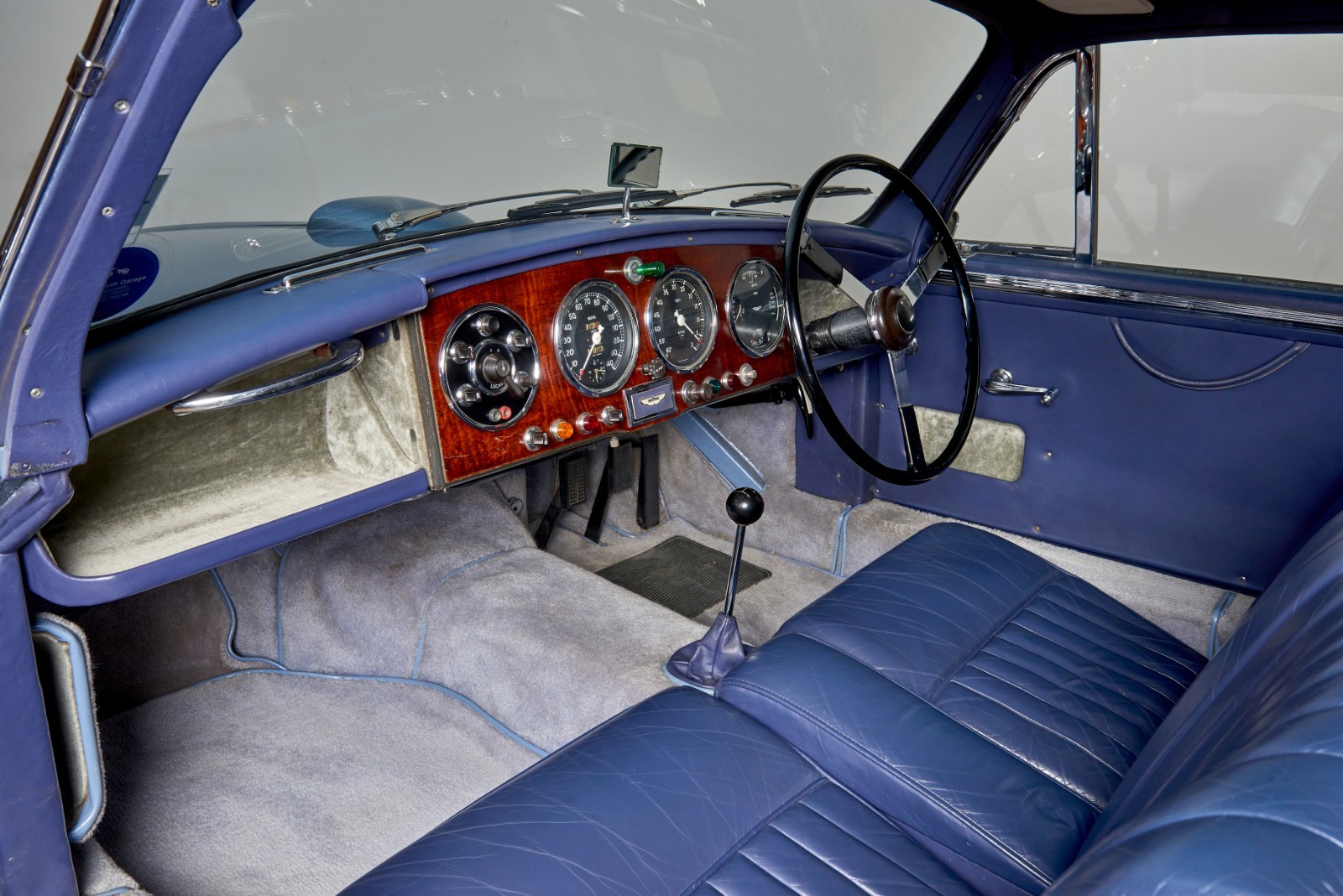 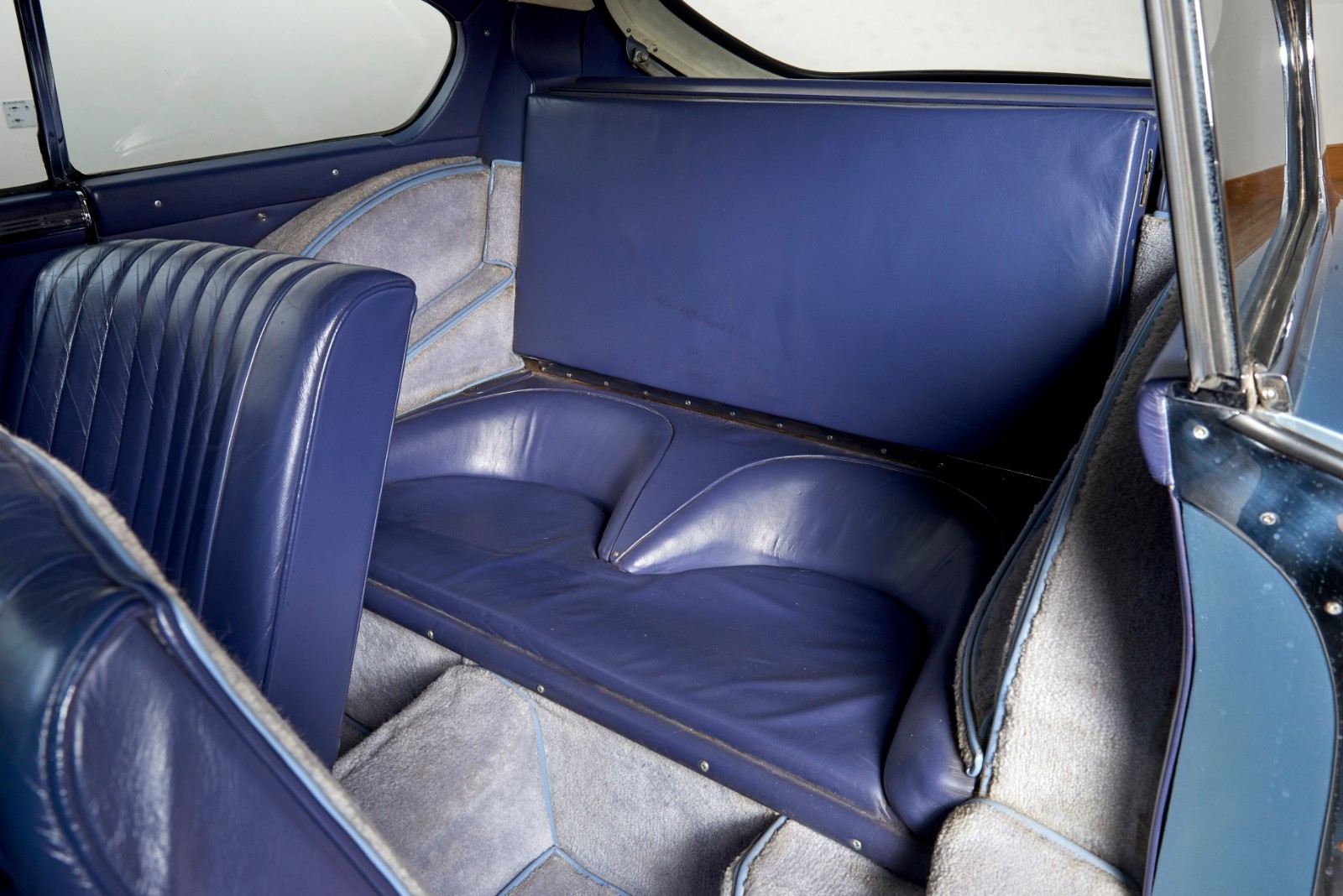 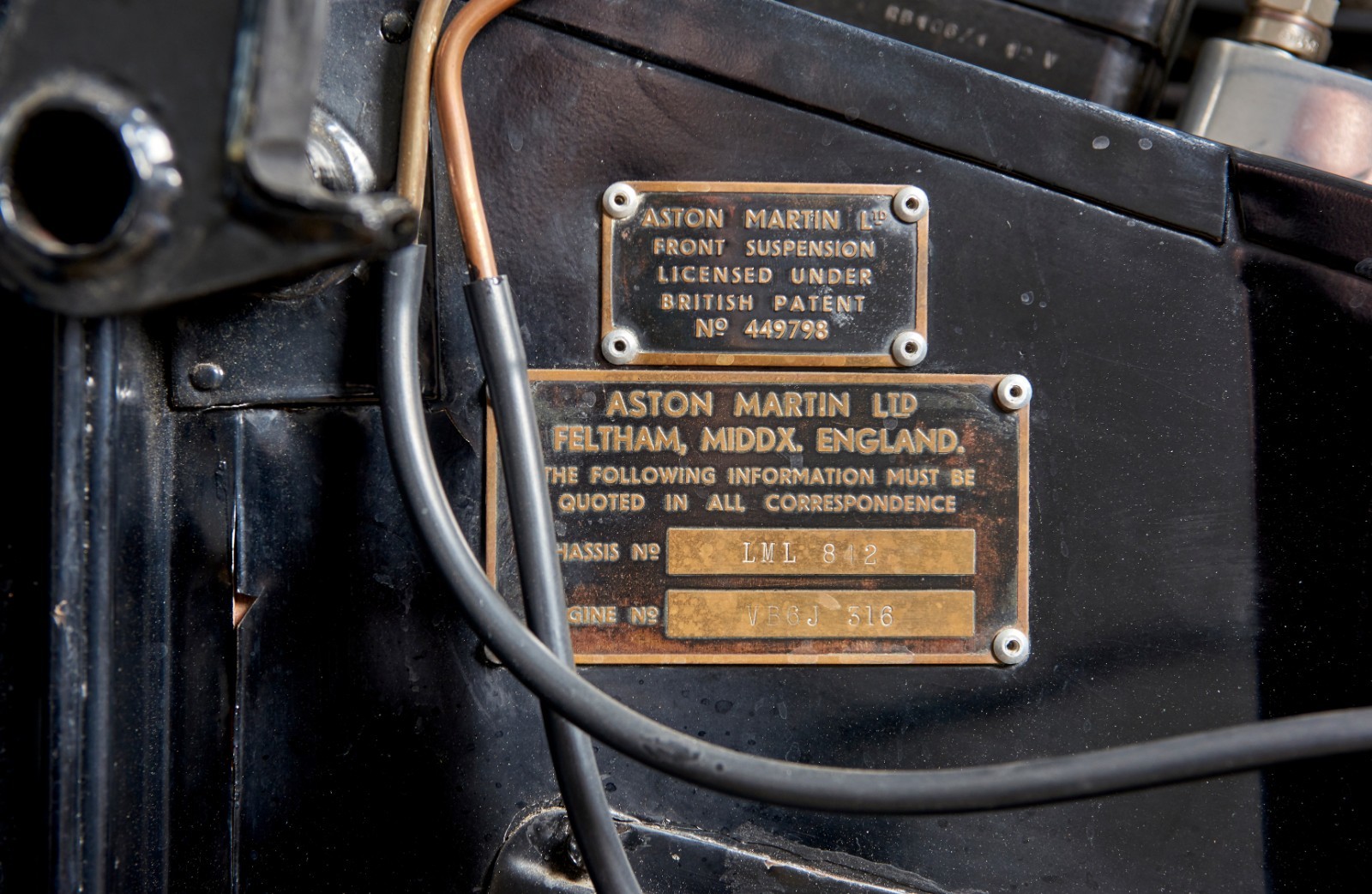 In the Spring of 1955, LML/842 embarked upon it's first of what would be many extensive and doubtless exciting journeys, departing the Feltham factory in the April and being handled by D. B. Australasia as the agent. A gentleman of Castle Hill, New South Wales, Australia was the happy recipient and first custodian of this pretty little topaz-tinged gem upon its safe landing in the Antipodes.In actual fact, during its infancy, LML/842 was registered within the archives of AMOC (Aston Martin Owners Club) as being cared for by another gentleman in New South Wales. Not long after establishing the Eastern coast of Australia as home, we find a change of owner to a neighbour down the road at Manly where the smooth-lined, minimum frilled DB2/4 was doubtless seen whizzing along the sunny roads of this peninsular suburb in the hands of its new custodian (in 1970).

In the autumn of 1972 a respected mechanical design engineer took it upon himself to assume the custodian role and drove our fond acquaintance, over to Earlwood on the other side of Sydney. This was not the first time the family had laid eyes on LML/842 as back in 1970 when their family friend had acquired the car, he took it over to the other side of town, as preparations and all attention begun in earnest by the family with much to be done, necessary for the annual C.V.V.T.M.C Concours only the following day. Little did they realise then, some two years later they would be enjoying the car themselves.

When acquired, they had by then chosen to dress our sports car in a Francophile Bugatti Blue; and chrome plated the original cream enamel wire wheels. Many family adventures ensued, with our devoted engineer remaining true to the purity of the original Middlesex creation and returning the exterior to Blue Haze, bestowing much care and attention upon the prize possession, as a significant assortment of receipts attests. '842' regularly entered annual Concours events and travelled further afield, across the Tasman Sea to New Zealand, where the owner also had residence. Upon the custodians passing in 1988, '842' was left to his son, who took on the mantle of responsibility, committing to finish a restoration programme on the Aston Martin that had begun in 1986.

This time, the new owner selected Silver Haze as the pantone of choice, believing the colour to be more in keeping with 1950's contemporary and inherently elegant styling. Perhaps its notable swansong in the concours world came in 1993 when entered in the 2nd Annual Australian Concours d'Elegance, Gold Coast, Queensland - '842' returned to Auckland with the winner's trophy that year.The tale picks up again in 1997. Much consideration as to the future relationship between the owner and '842' had clearly been undertaken - a Pickles auction catalogue in November 1994 demonstrates how close they came to parting company; the emotional tie at the time proved too strong a bond between the son and now ageing mechanical family member.

Time however, sees further chapters unfold and on Sunday 26th October 1997, in Sydney, Australia, Brooks Goodman hammered '842' on the block at the modest closing bid of $50,000. A new owner was now in command and the car went back to Sydney again, this time to the northern suburb of Chatswood. '842' was to be meticulously maintained by the very thorough, yet pragmatic owner, exemplified by the immediate enrolment of both father and son into the caring arms of AMOC in December of the same year. We note an entry to the New South Wales AMOC Concours at Curzon Hall on 16th November 1997 before enjoying a more discernibly private life with the family. In May 1998, worthy of note, the owner returned '842' to its colour of birth, Blue Haze. The dividend clearly paid well as the maturing motor picked up yet another winner's trophy at the 2nd Birdwood Classic Rally in 1999.

A decade later, we pick up on the story once more but this time, back up to Europe and the commune of La Foret-Fousenant in Brittany, France. The new owners, a french husband and wife, had always enjoyed motoring experiences and classic car ownership but '842' was to be their first Aston Martin. Lovingly enjoyed and regularly supported with expert French maintenance, often with British engineering guidance, this fantastic DB2/4 nestled in the heartland of Western France and travelled along many a scenic coastline of the region.LML/842 now comes into our care, in superb condition - prepared and ready for the next custodian to contribute to its ever-expanding history, fully serviced and warranted by the very manufacturer that created this fabulous yesteryear sports car. One of a mere 565 models produced between October 1953 and October 1955, with coachwork by Mulliners of Birmingham, this powerful 3 litre sports car will make the happiest of additions to any stable for the discerning collector and enthusiast.