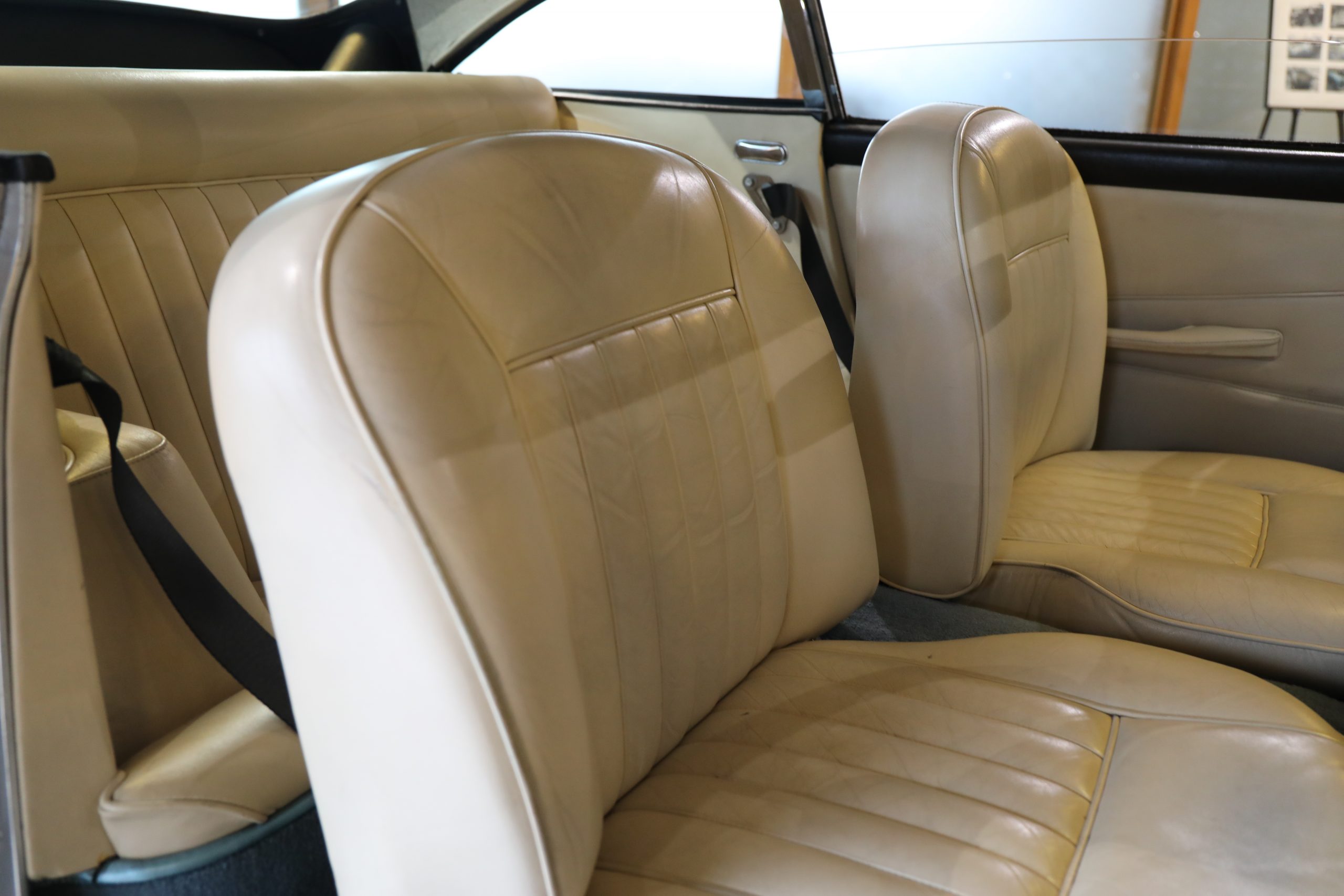 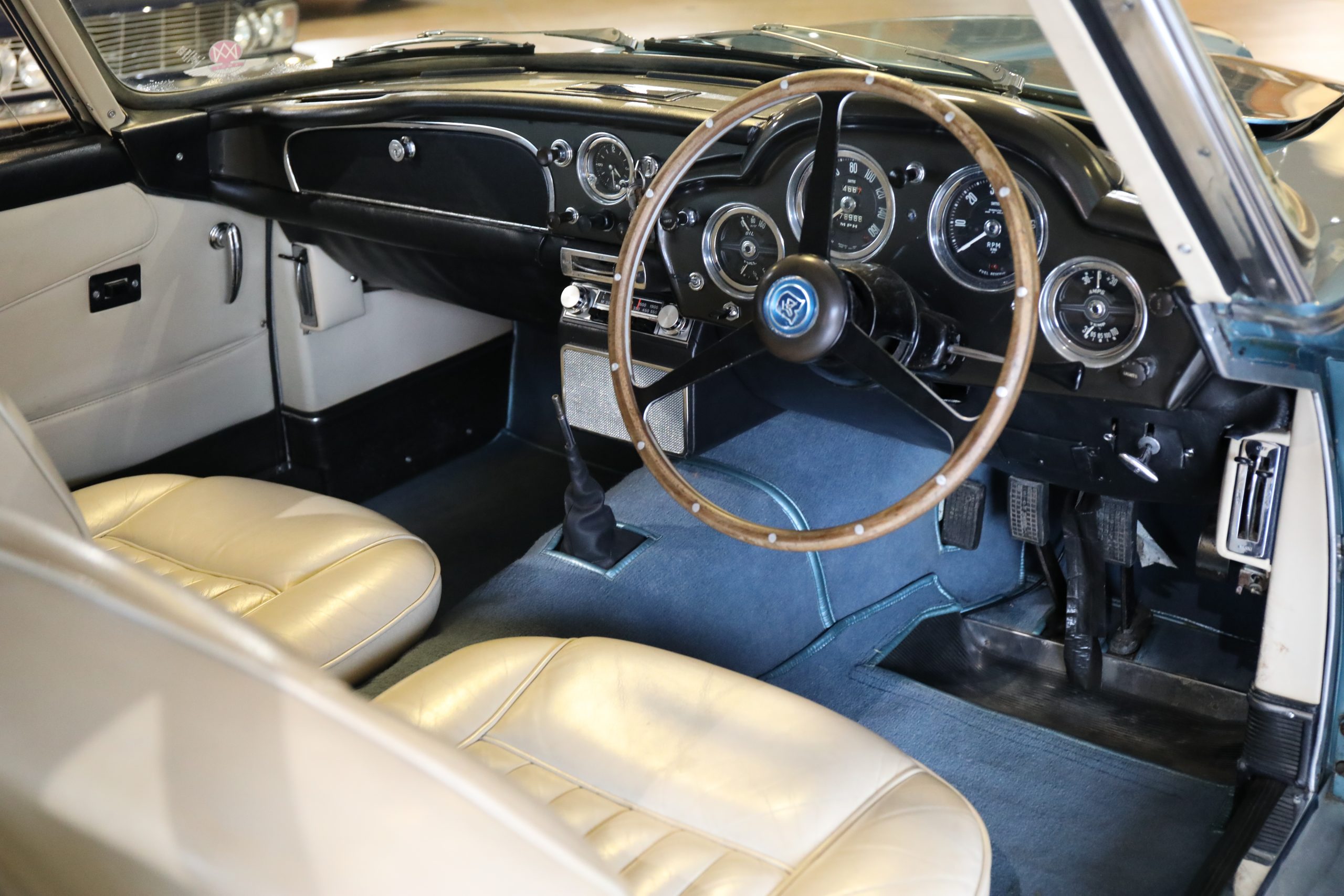 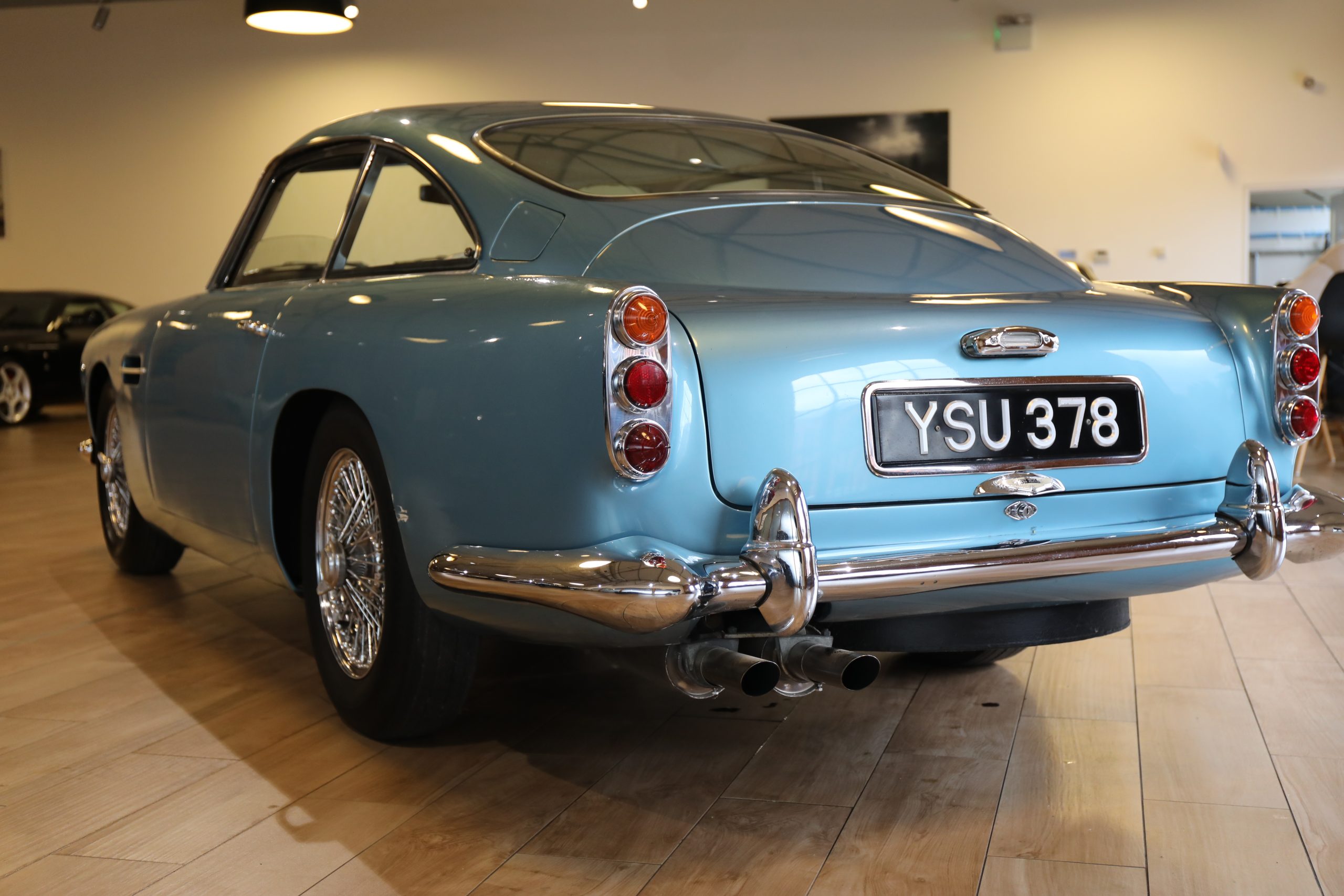 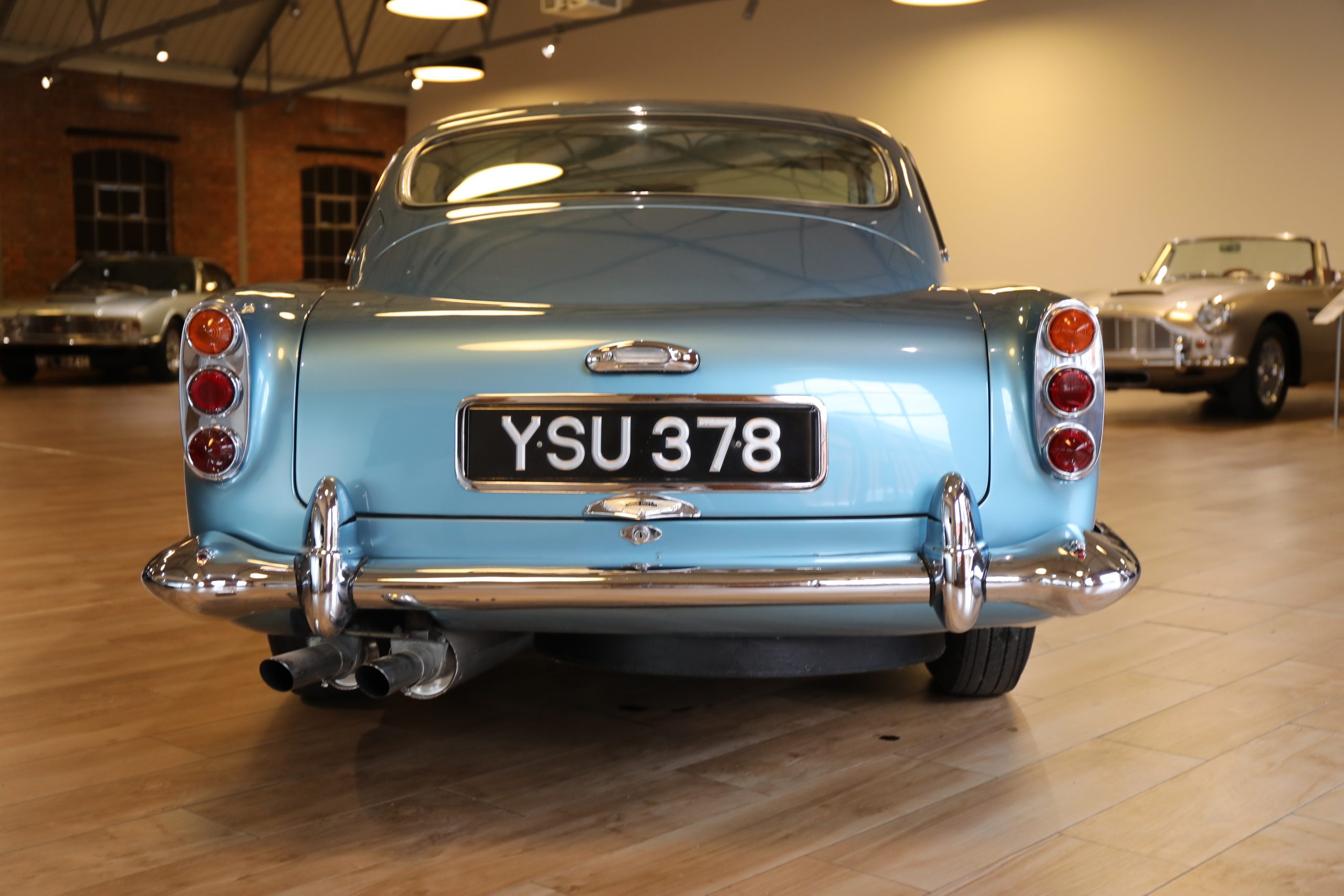 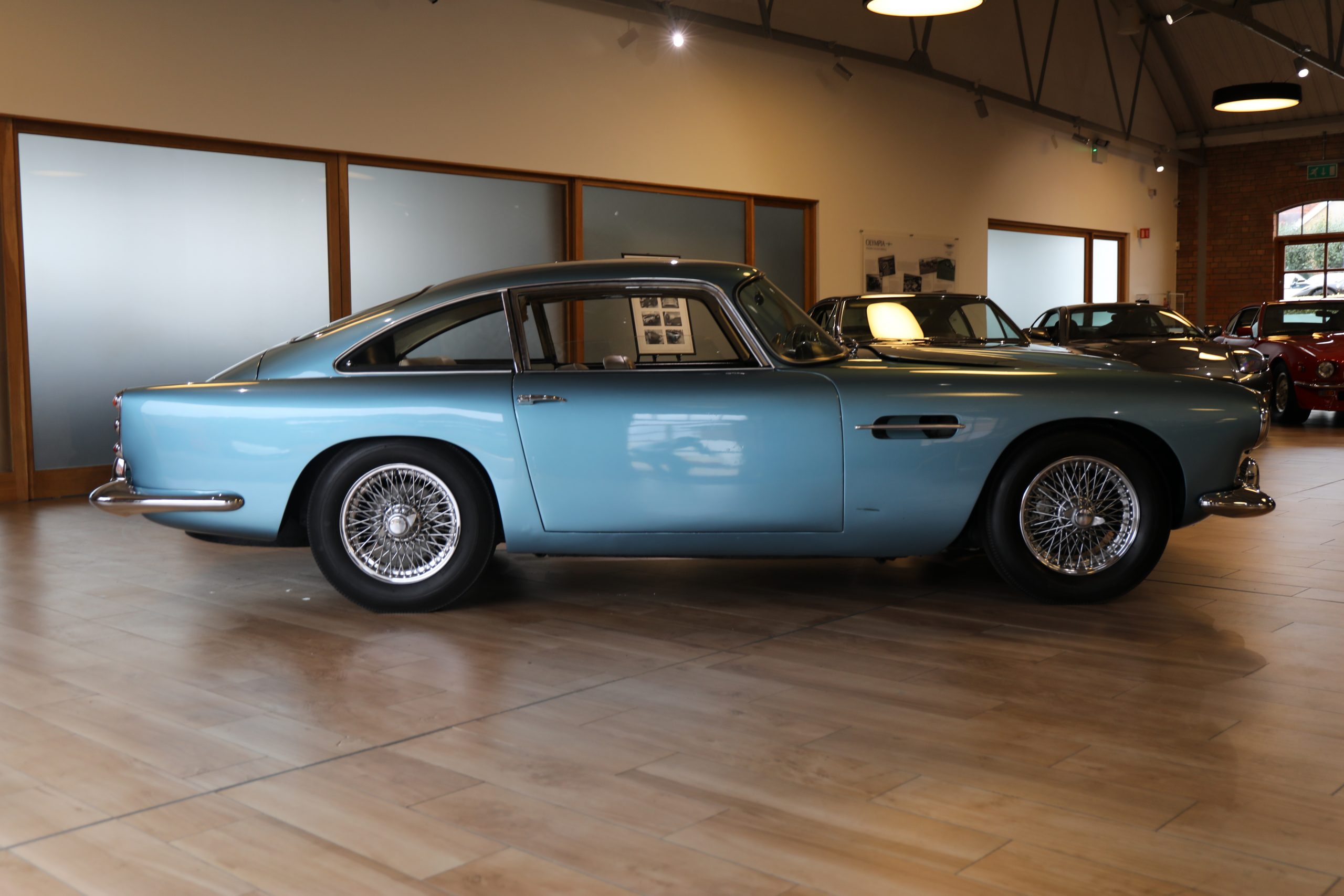 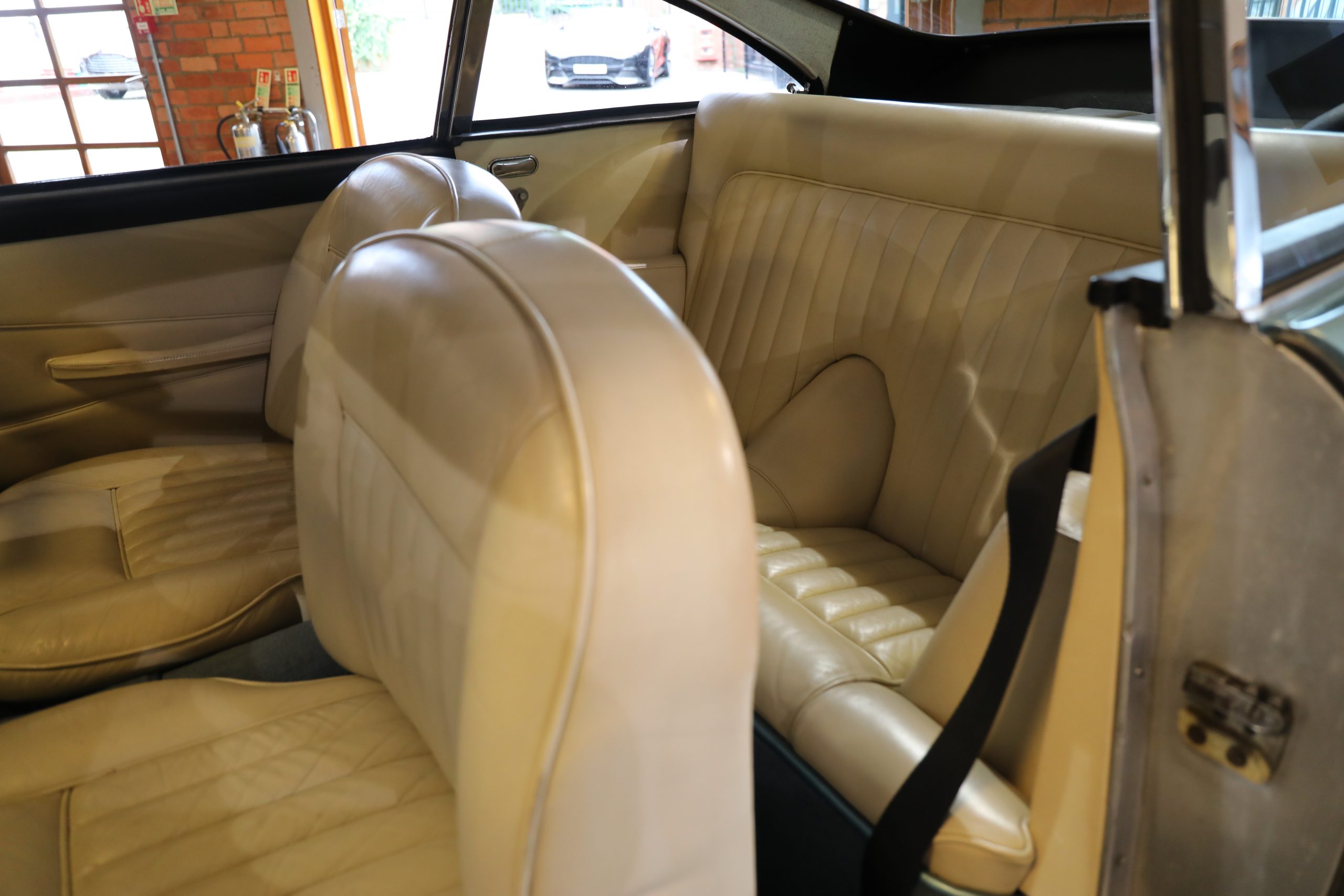 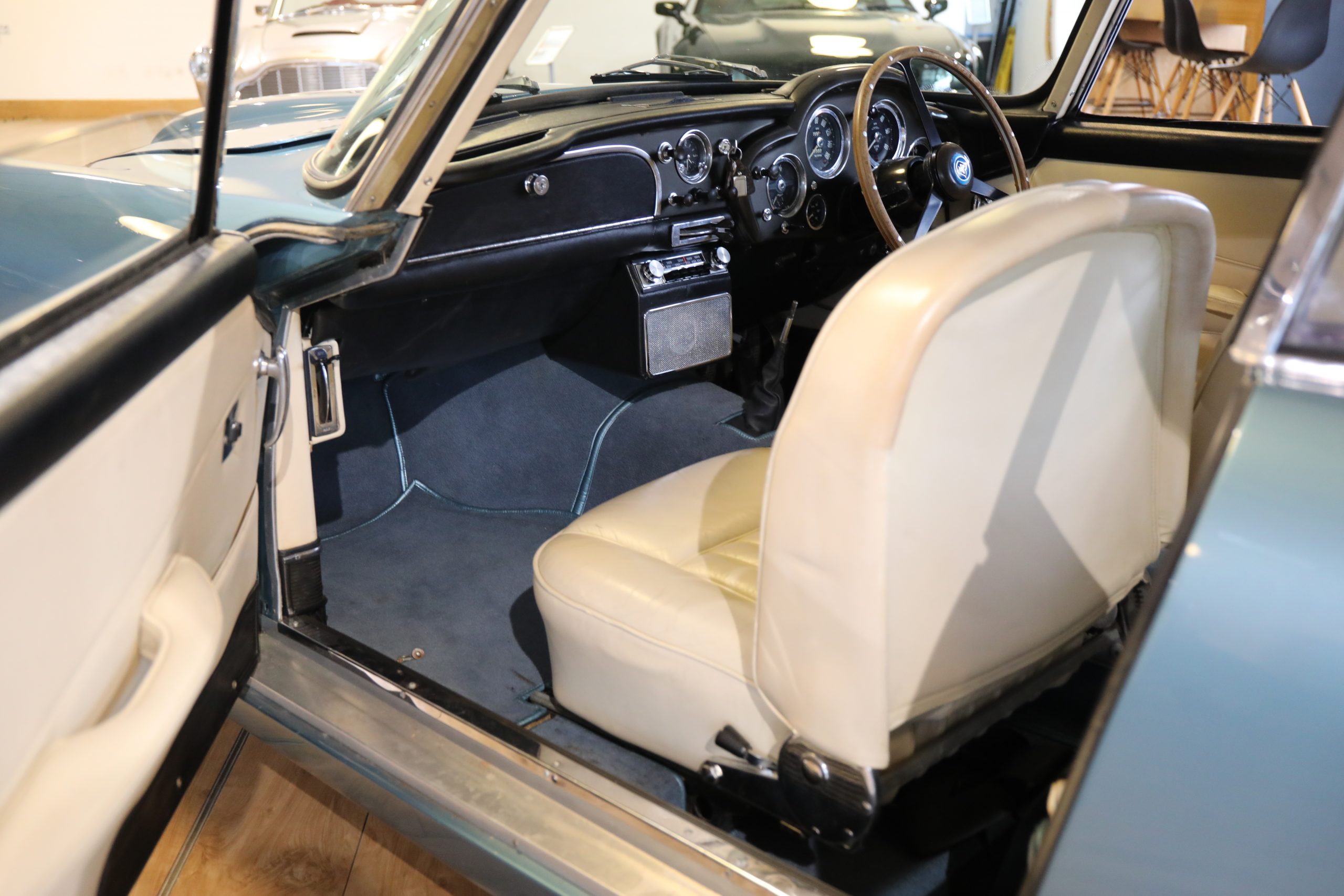 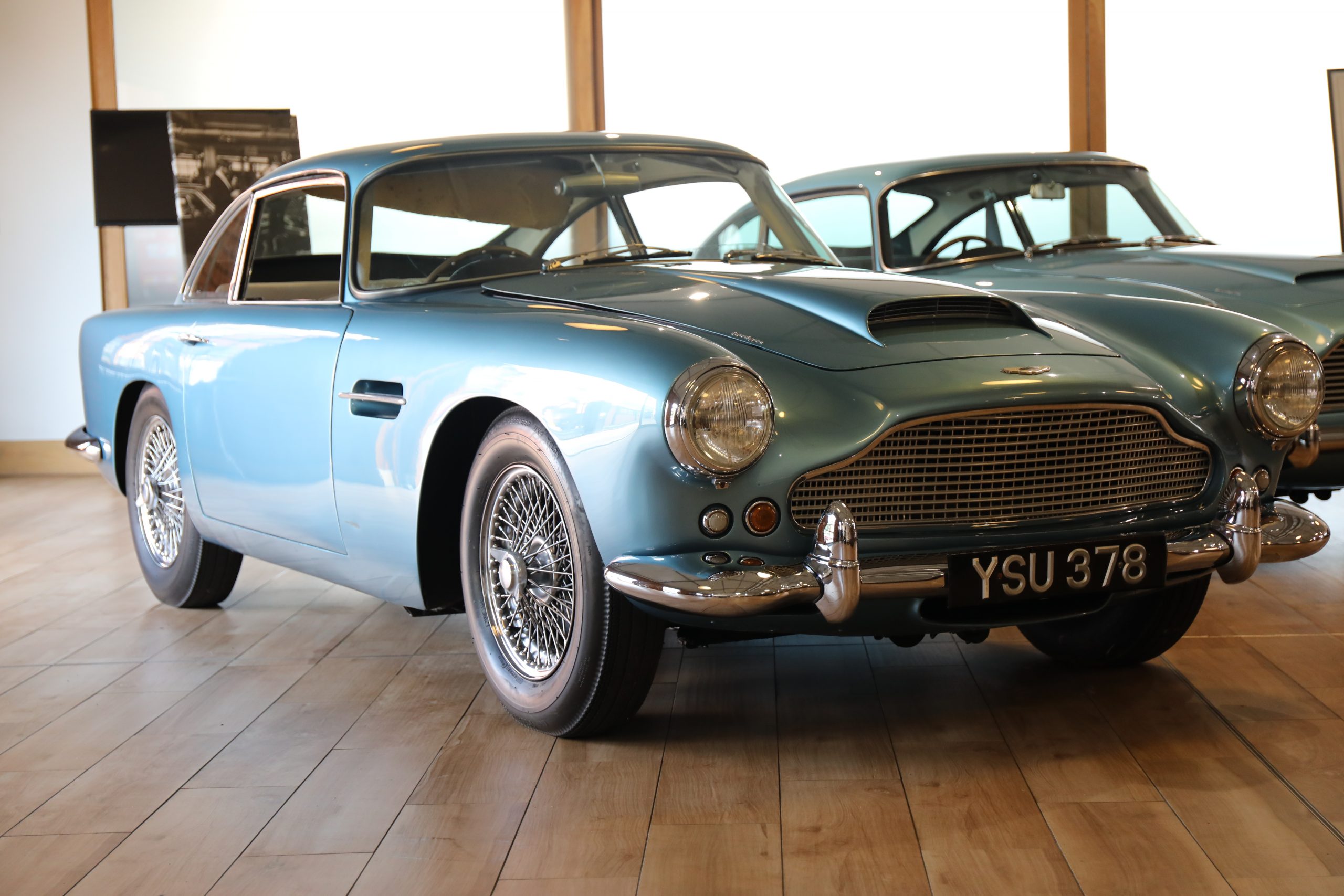 Aston Martin Works are pleased to present this exciting DB4 Series III restoration opportunity for its next custodian.

The vehicle we present is an original 1961, right hand drive, DB4 ‘Series III’ Saloon (chassis number DB4/646/R) built with rare and desirable overdrive and subsequently converted by us in Newport Pagnell in 1964 to later ‘Special Series’ engine configuration. The build sheet on file shows a truly one-off original build specification, and a notable first owner, which we cover in more detail below.

The vehicle has been examined in its current condition and the engine and gearbox number have been confirmed as matching the build sheet information.

Worthy of closer inspection, we believe this DB4 Series III represents an exciting opportunity to restore or recommission the vehicle to the highest standards, with the utmost regard for its unique build specification, here at Newport Pagnell where it was originally built in 1961.

The development of the DB4 started in 1956 and the project was overseen by Chief Engineer Harold Beach. Construction of the new model was to take place at the new Aston Martin factory here in Newport Pagnell. A completely new platform chassis construction was designed by Beach and purposed to utilise Touring of Milan’s ‘Superleggera’ body construction technique, whereby handcrafted aluminium body panels are overlayed on a tubular frame. The body design by Touring was an elegant profile of Italian flair and subtle elegance.

The DB4 utilised the also newly-designed Tadek Marek 3.7 Litre all-alloy double overhead-cam 6 cylinder engine, which first appeared in the DBR2 in 1957. The engine produced a claimed 240bhp at 5,500 rpm.

The finished vehicle was first publicly launched at the Paris Motor Show on 2nd October 1958, then shown in November at the London Motor Show to wide acclaim. The motoring press were impressed with the design, power and safety of the new DB4 with Autosport describing it as the ‘the safest and fastest saloon in the world’, this judgement likely thanks to the all-round Dunlop disc brakes which were a new addition to Aston Martin road cars at the time. The DB4 was also tested by The Motor in 1960 who clocked a top speed of 139.4 mph and a 0-60mph time of 9.3 seconds.

The DB4 model was periodically updated and revised throughout its production, these various iterations becoming later known by the Aston Martin Owners Club as ‘Series’ – it is agreed 5 Series of the DB4 were produced between October 1958 and June 1963.

In April of 1961 the DB4 was revised again in the form of the Series III. Our car, DB4/646/R is one of these Series III vehicles. The Series III changed the interior de-mister vents from 3 to 5 vents whilst the interior insulation was improved to the bulkhead and an electric tachometer was first featured. Cosmetically the Series III revised the rear ‘cathedral’ lamp units in favour of three separate lamp units mounted onto a chrome base. The ‘egg box’ grille style was retained from the first two series. Just 165 DB4 Series III saloons were produced during a short production time between April and September 1961.

After research by the Aston Martin Heritage Trust, we can confirm of the 165 Series III vehicles produced, only 11 were built in Caribbean Pearl with Dark Blue leather. It would be fair to assume just a handful of these were built with the rare overdrive option such as 646/R.

The vehicle was sold directly to the first owner by Aston Martin Lagonda and registered in Amsterdam.

In February of 1964, at a mileage of 19,182 miles, whilst still under its first ownership, ‘646/R’ returned to us at Newport Pagnell for an engine upgrade to the later triple-carburettor ‘special series’ engine first known to have been offered to market in 1962. This upgrade included a Vantage specification cylinder head.

During this upgrade work at Newport Pagnell, the DB4 was also instructed to be repainted in Fiesta Red.

After relocating to the USA with the DB4, the owner then sold the vehicle in 1971 to its second owner, known to be a US Army Officer, then later acquired in 1979 within the USA by an owner who retained the car until 1990.

The history file continues in May of 1990 when ‘646/R’, at that time still painted in Fiesta Red, was repatriated to the UK where a cosmetic restoration back to the original Caribbean Pearl body colour and Connolly Parchment leather was commissioned. The owner at this time made special effort to contact the original paint manufacturers ‘ICI’ for their formulation of Caribbean Pearl, such was the detail of his restoration.

Later in 2001, the history file shows ‘646/R’ was sold via auction to a classic car dealer for a short period, before being acquired by the most recent owner in 2003. In the last 19 years the vehicle has been enjoyed by the owner’s family on European driving tours.

Now having finally returned to Newport Pagnell once more in 2022, our Heritage Workshop has conducted a thorough assessment of the vehicle and notes that the engine number and gearbox number present both match the build sheet.

We are delighted to offer the next custodian of 646/R an opportunity to embark on a concours level restoration at Newport Pagnell of this unique matching-numbers DB4 with overdrive, upgraded in period to ‘Special Series’ engine, and supported by a documented and interesting history throughout.

We use cookies on our website to give you the most relevant experience by remembering your preferences and repeat visits. By clicking “Accept All”, you consent to the use of ALL the cookies. However, you may visit "Cookie Settings" to provide a controlled consent.
Cookie SettingsAccept All
Manage consent

This website uses cookies to improve your experience while you navigate through the website. Out of these, the cookies that are categorized as necessary are stored on your browser as they are essential for the working of basic functionalities of the website. We also use third-party cookies that help us analyze and understand how you use this website. These cookies will be stored in your browser only with your consent. You also have the option to opt-out of these cookies. But opting out of some of these cookies may affect your browsing experience.
Necessary Always Enabled
Necessary cookies are absolutely essential for the website to function properly. These cookies ensure basic functionalities and security features of the website, anonymously.
Functional
Functional cookies help to perform certain functionalities like sharing the content of the website on social media platforms, collect feedbacks, and other third-party features.
Performance
Performance cookies are used to understand and analyze the key performance indexes of the website which helps in delivering a better user experience for the visitors.
Analytics
Analytical cookies are used to understand how visitors interact with the website. These cookies help provide information on metrics the number of visitors, bounce rate, traffic source, etc.
Advertisement
Advertisement cookies are used to provide visitors with relevant ads and marketing campaigns. These cookies track visitors across websites and collect information to provide customized ads.
Others
Other uncategorized cookies are those that are being analyzed and have not been classified into a category as yet.
SAVE & ACCEPT