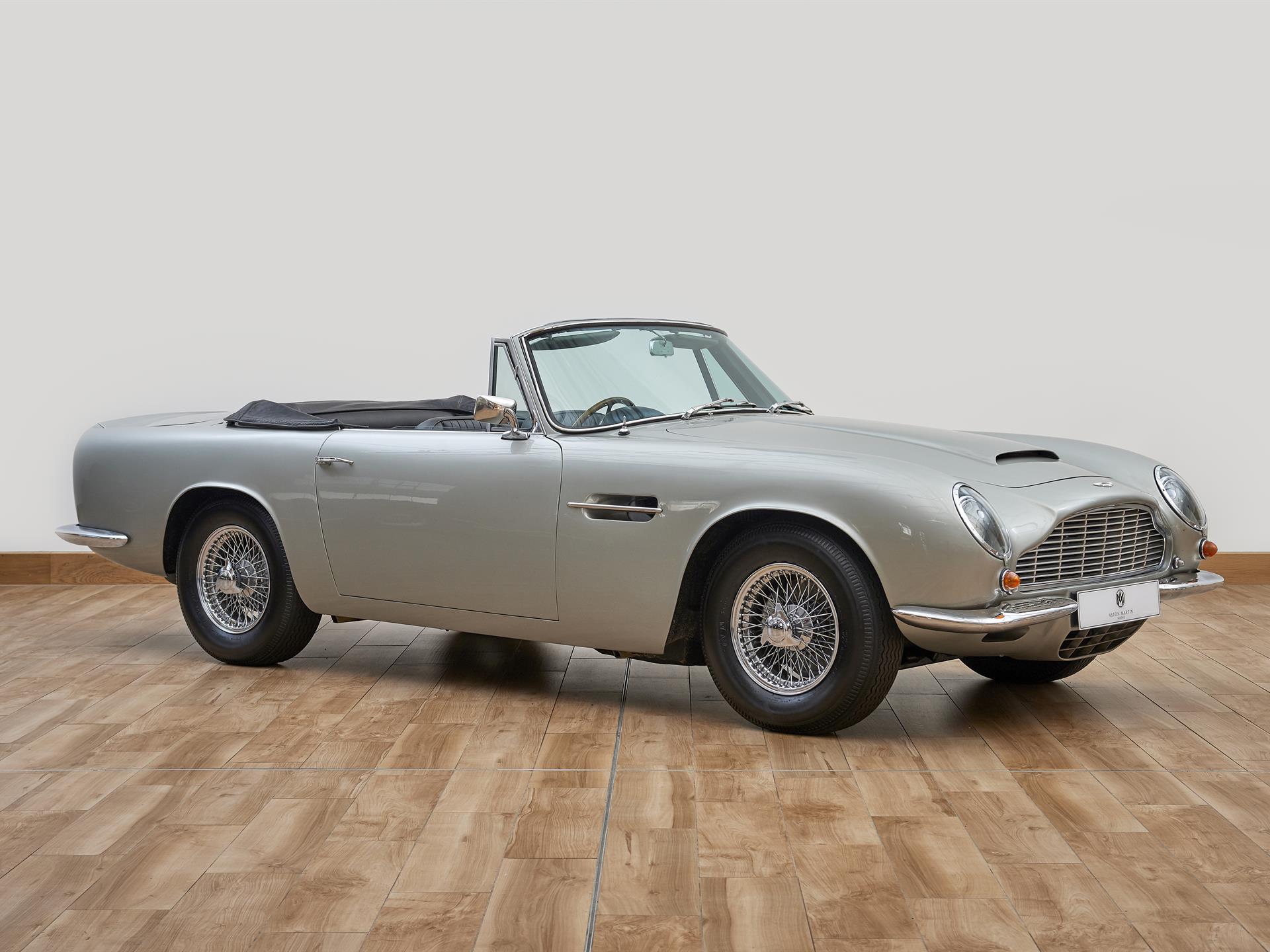 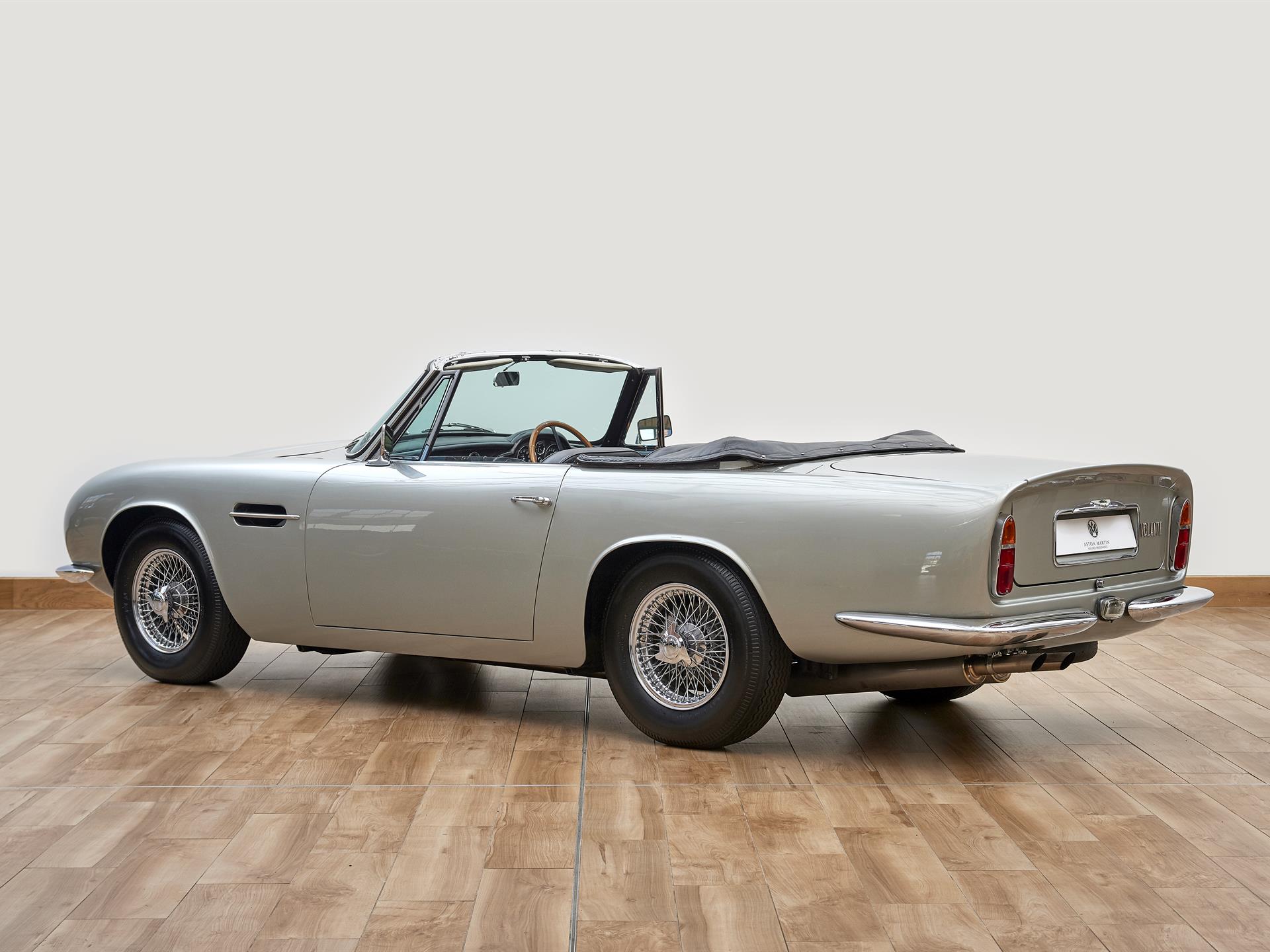 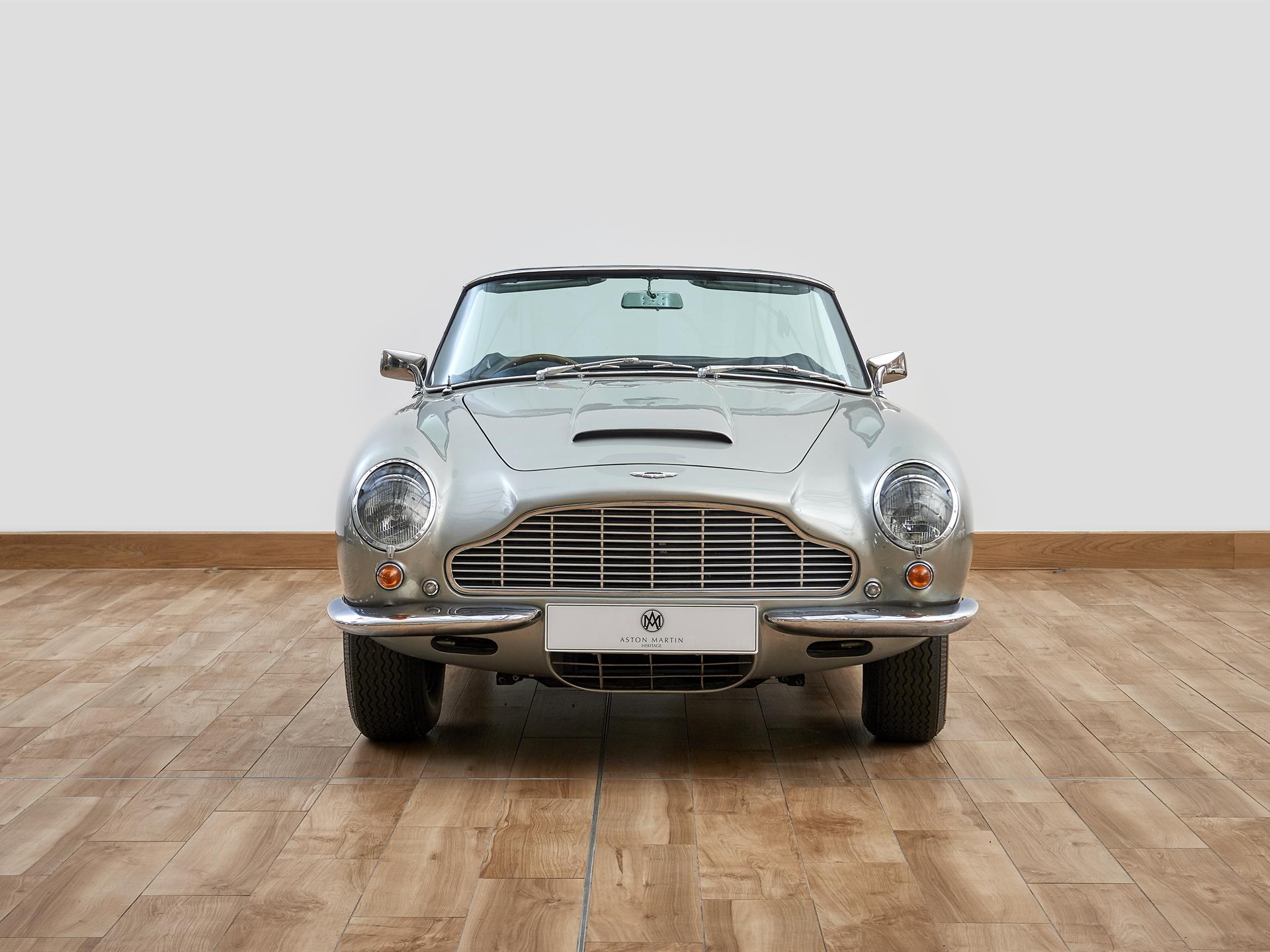 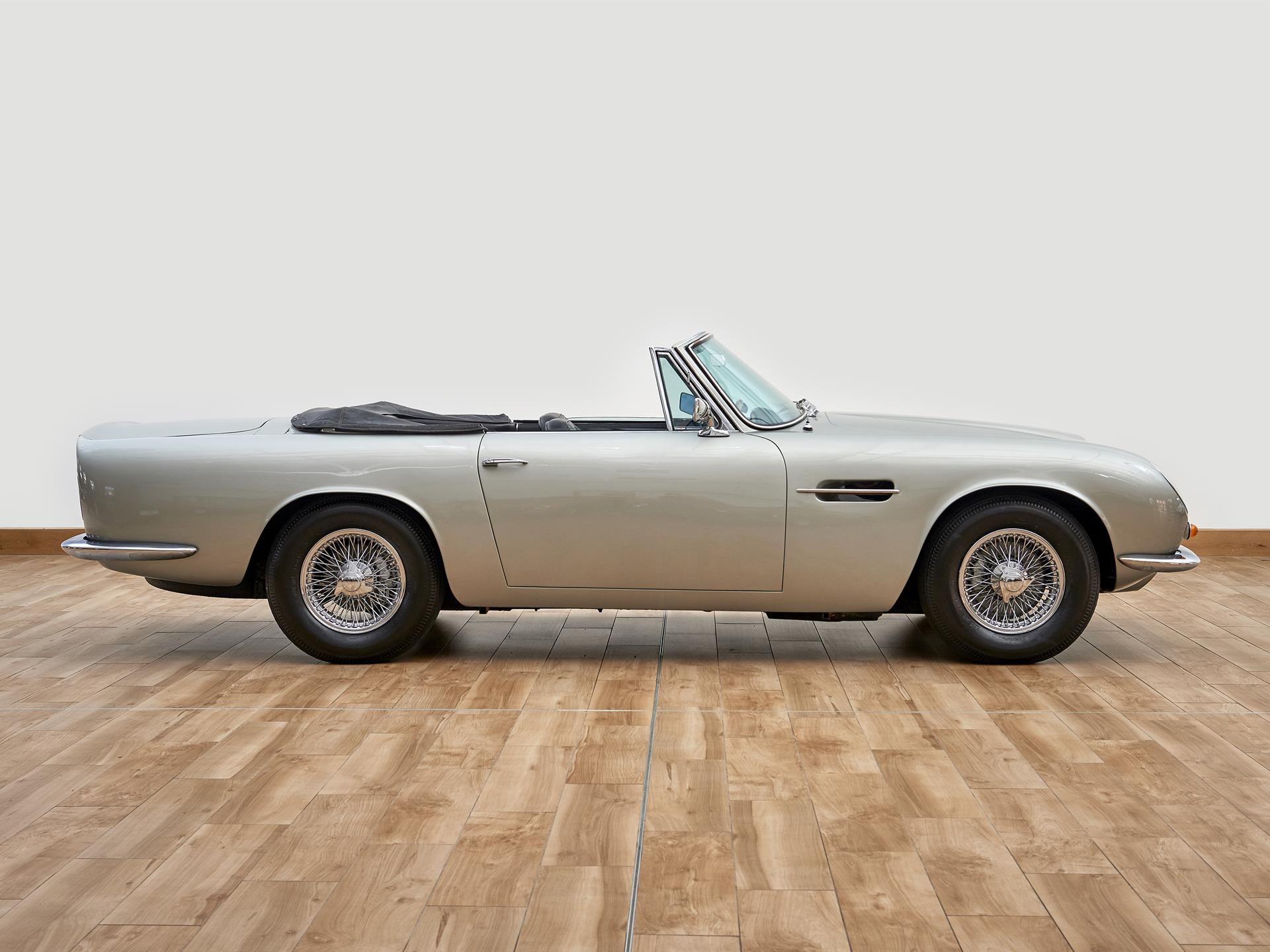 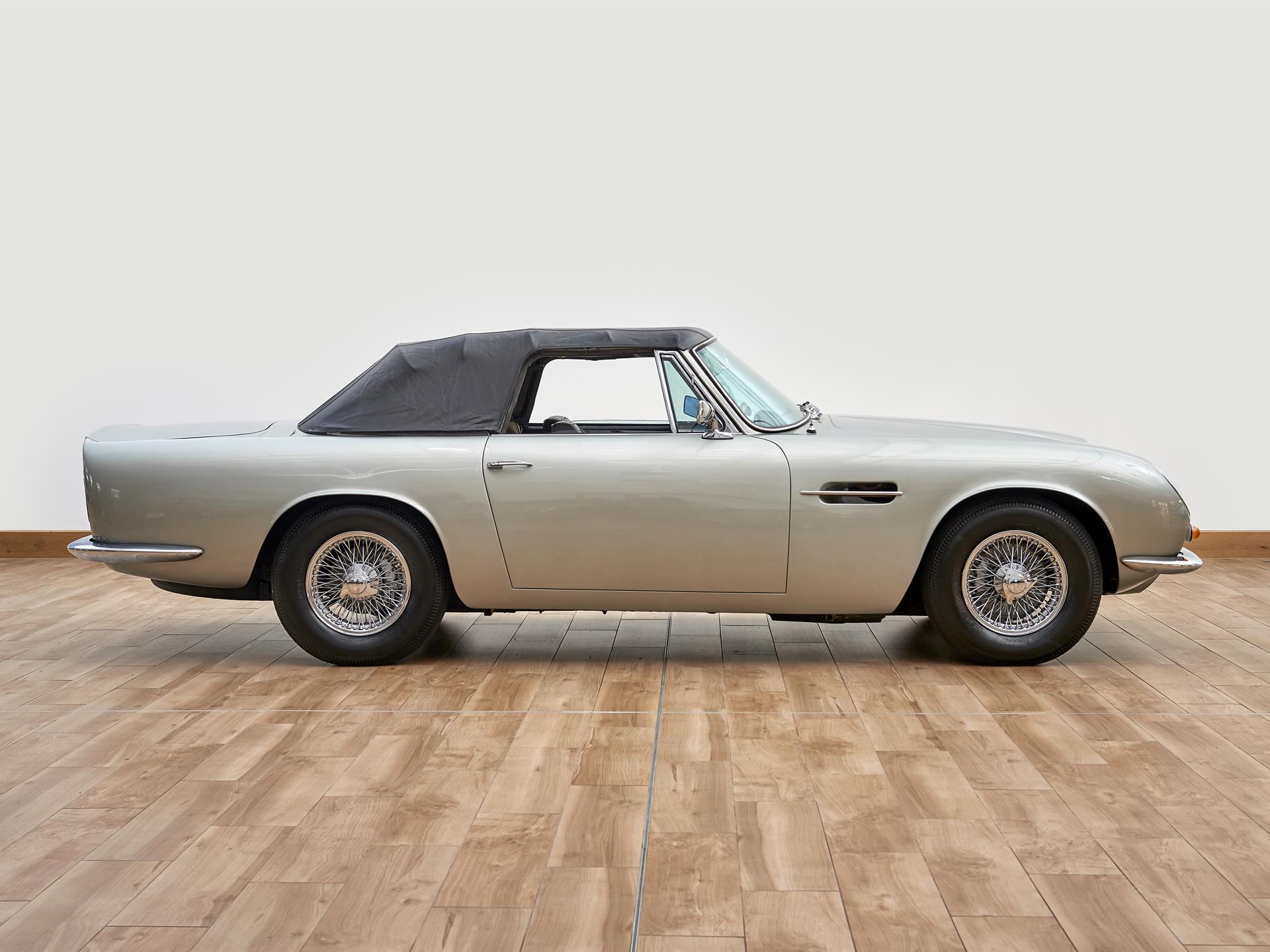 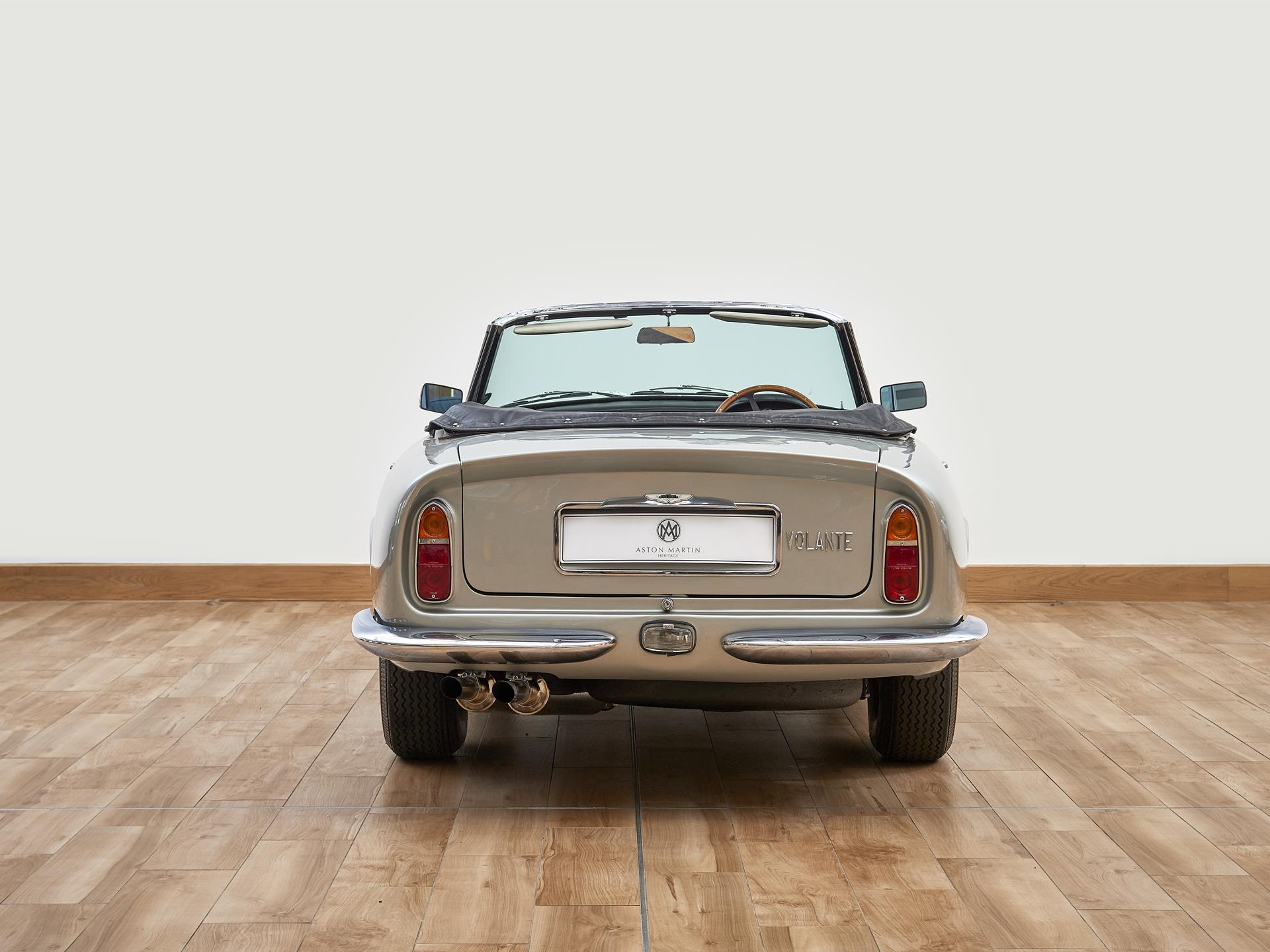 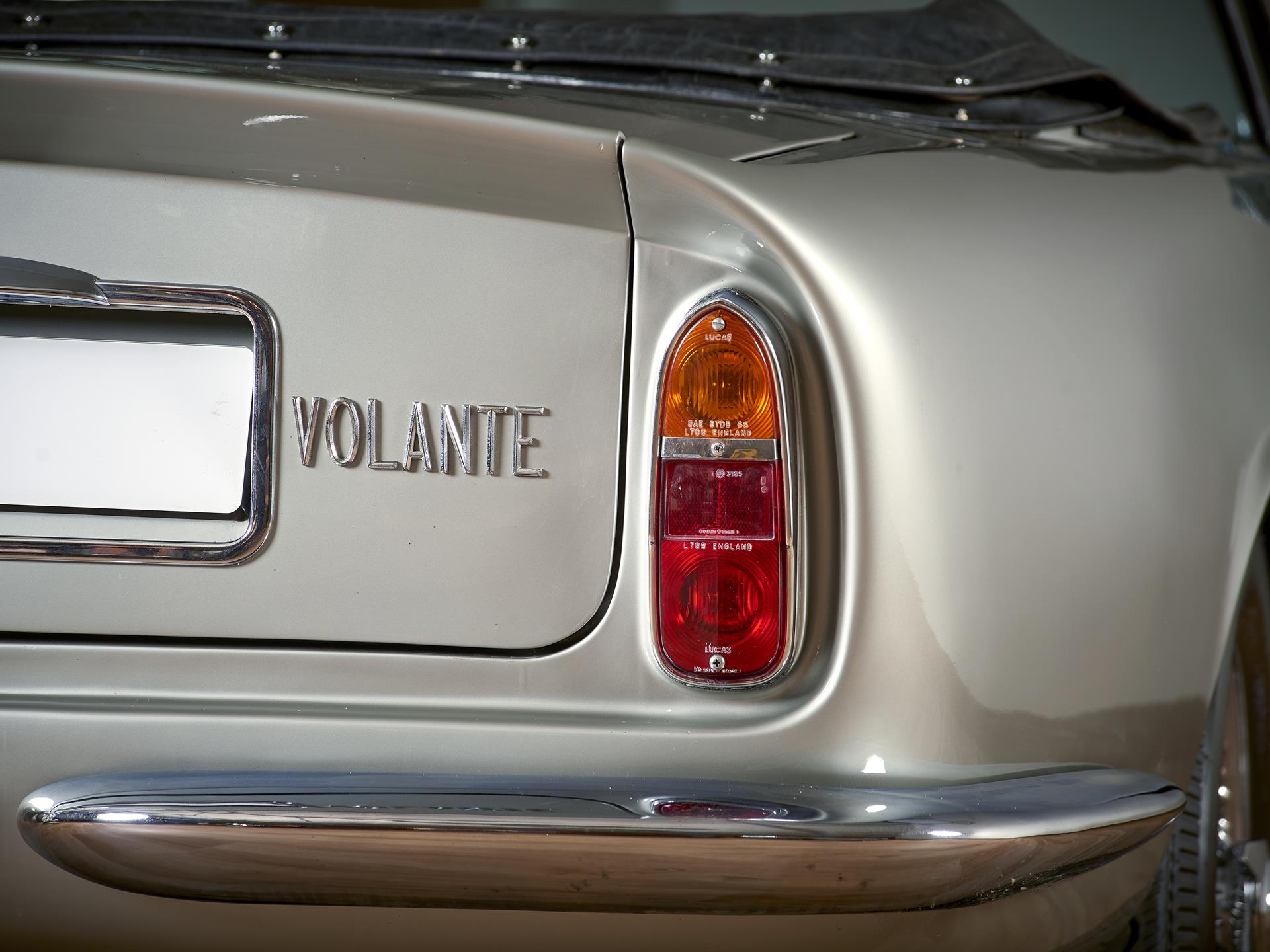 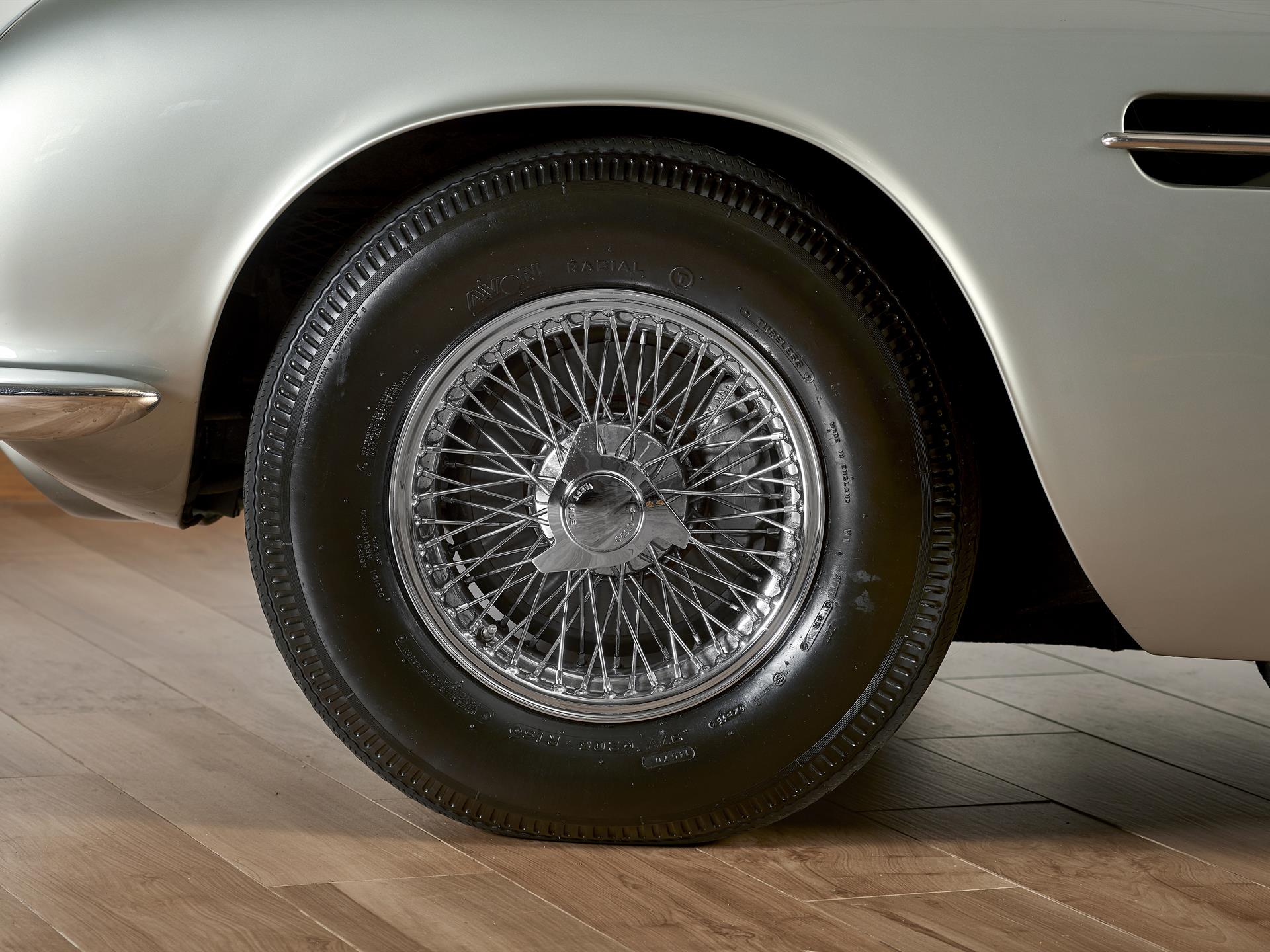 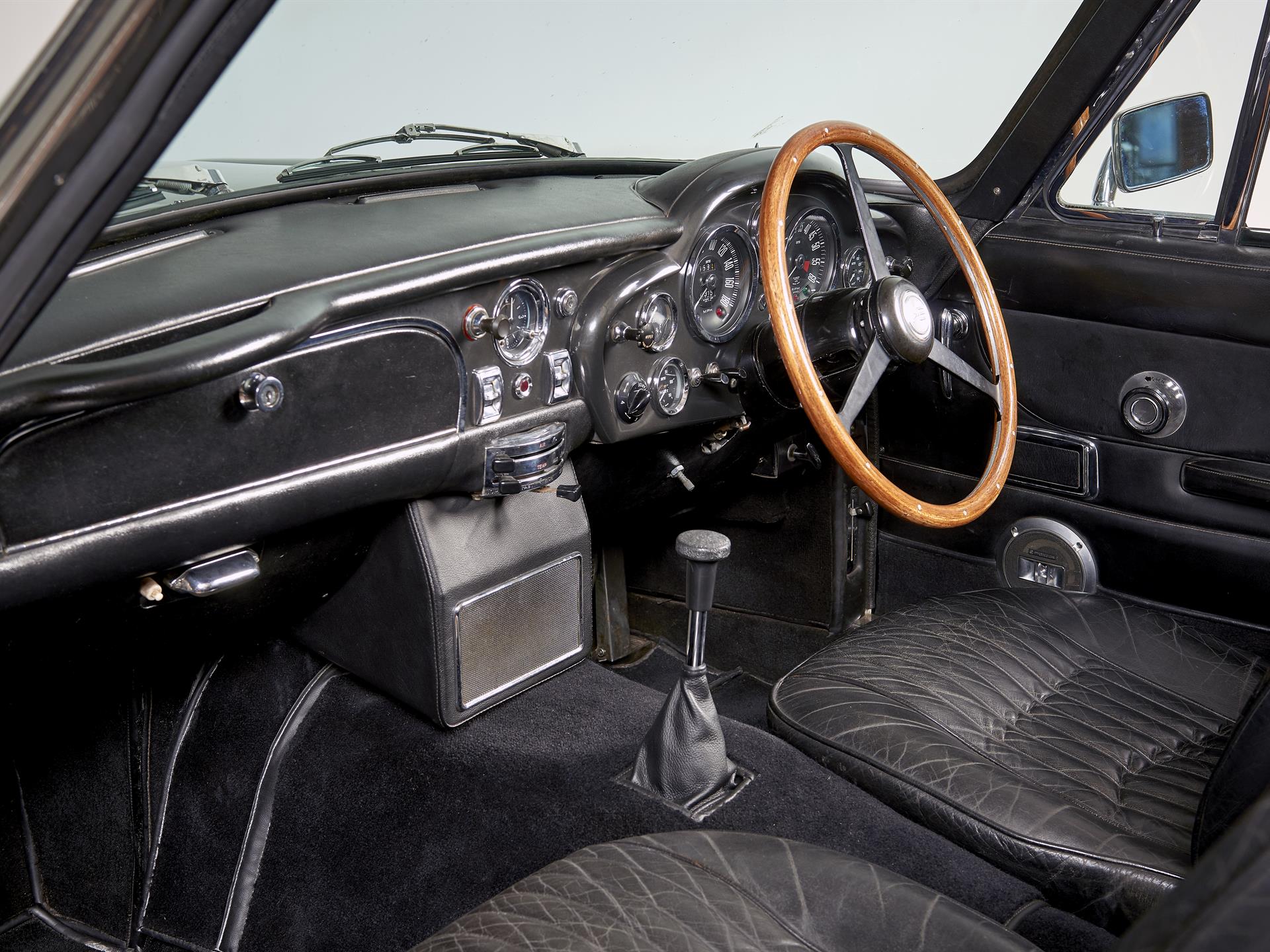 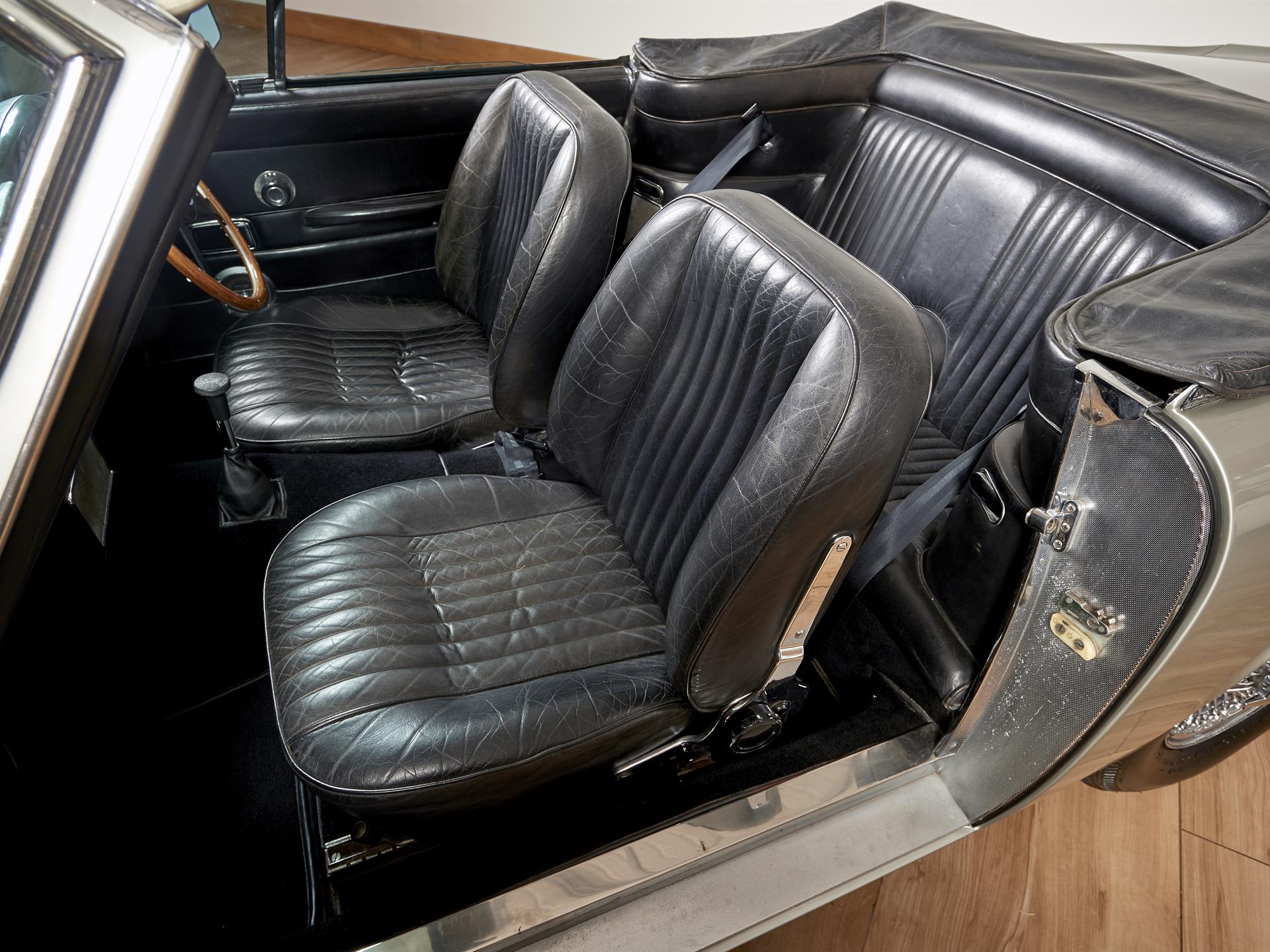 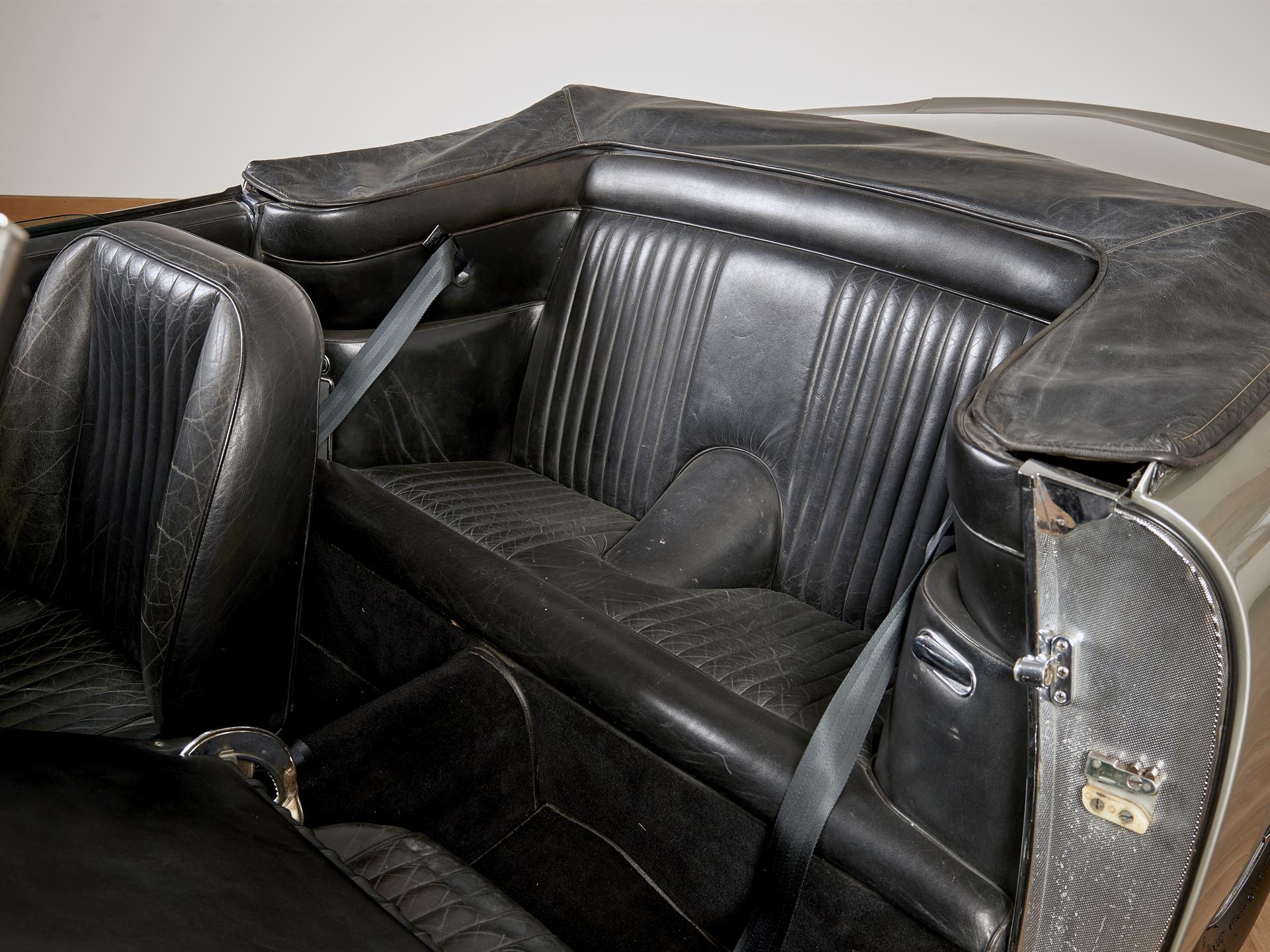 Chassis # DB6MK2VC/3762/R- Delivered new to London with RHD steering but destined for immediate export from the UK- Originally finished in Silver Birch paint with black Connolly leather interior- Believed to have covered just under 30,000 miles from new- Converted to the more desirable 5-speed manual transmission in 1992- A delight to drive with factory-fitted power steering and power folding roof- Supplied with a one year Aston Martin warrantyDetailed HistoryThis beautiful and rare Aston Martin DB6 Mk2 Volante was manufactured in January 1970 and delivered new in RHD configuration to a respected spy novelist, who lived in London SE1. The car had been specified with Silver Birch paintwork and black Connolly leather interior, along with automatic transmission (which was latterly changed to manual). It is noted that the owner specified the car for export, and although it is unknown which country the car was taken, it was re-registered in the UK in December 1981.After its arrival back in England, the Volante was enjoyed by a small number of owners before arriving with a gentleman in Maidstone, Kent in May 1990, by which time it was painted in a pale metallic red. In a letter he wrote to a dealer based near the Epsom Downs Racecourse in Surrey in August 1992, he expressed that when he acquired the car the odometer recorded around 27,800 miles, which his mechanic was confident was all the Aston Martin had covered from new as he had known it for some time. He also stated he had covered only about 300 miles during his first year of use and then not driven the car, adding he had the speedometer and transmission changed during that first year, presumably exchanging the automatic gearbox for the manual unit now fitted.The dealer sold the DB6 in August 1992 to a new owner and AMOC member in Knutsford, Cheshire, and according to an expired MOT certificate on file the odometer recorded just three miles at this time. During their fifteen years of cherished ownership the car covered less than 1,500 miles, and after reportedly not being driven after 2001, a very established classic car dealer near Manchester delivered it in January 2008 to an enthusiast in the Middle East, and the DB6 left England again.During the Volantes decade abroad it had a repaint to silver, and since its return to England in 2018 it has benefited from significant attention by Aston Martin Works which has included an overhaul of the engine and transmission, and the fitting of a new fabric roof.This very rare DB6 is one of only thirty-eight Mk2 Volante models constructed and is presented in very good condition. With copies of previous V5 and V5C Registration Documents on file along with expired MOT certificates, there are also correspondence and notes from previous owners and dealers. This special car is believed to have covered just under 30,000 miles from new and is ready for a new owner to enjoy.
Book a test drive
Make an enquiry
Print details

High-level cover for vehicles aged 5 to 10 years with unlimited mileage and claim value up to the value of your car. 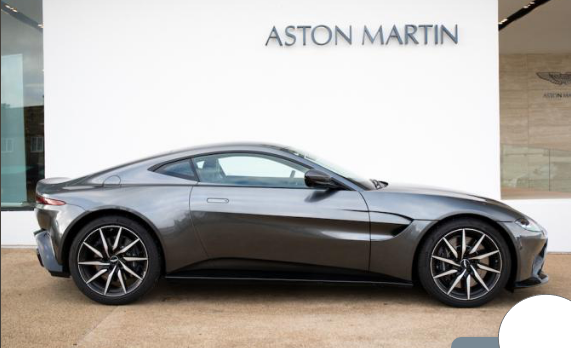 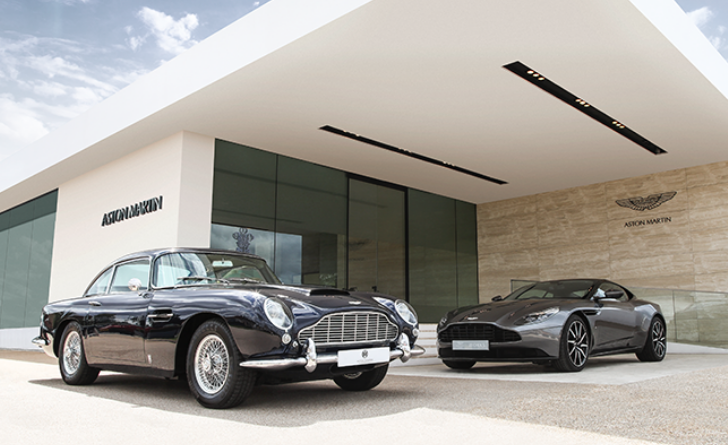