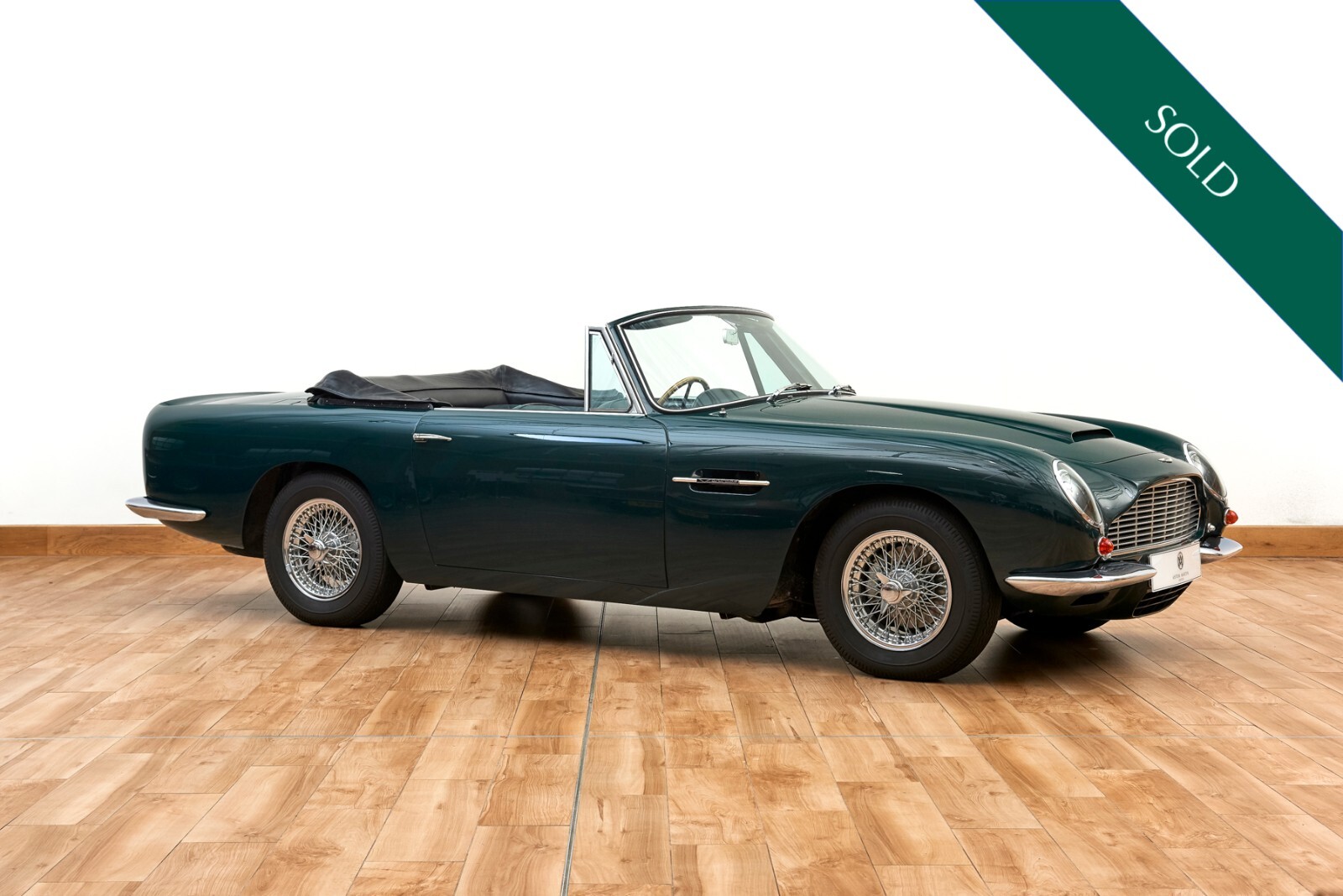 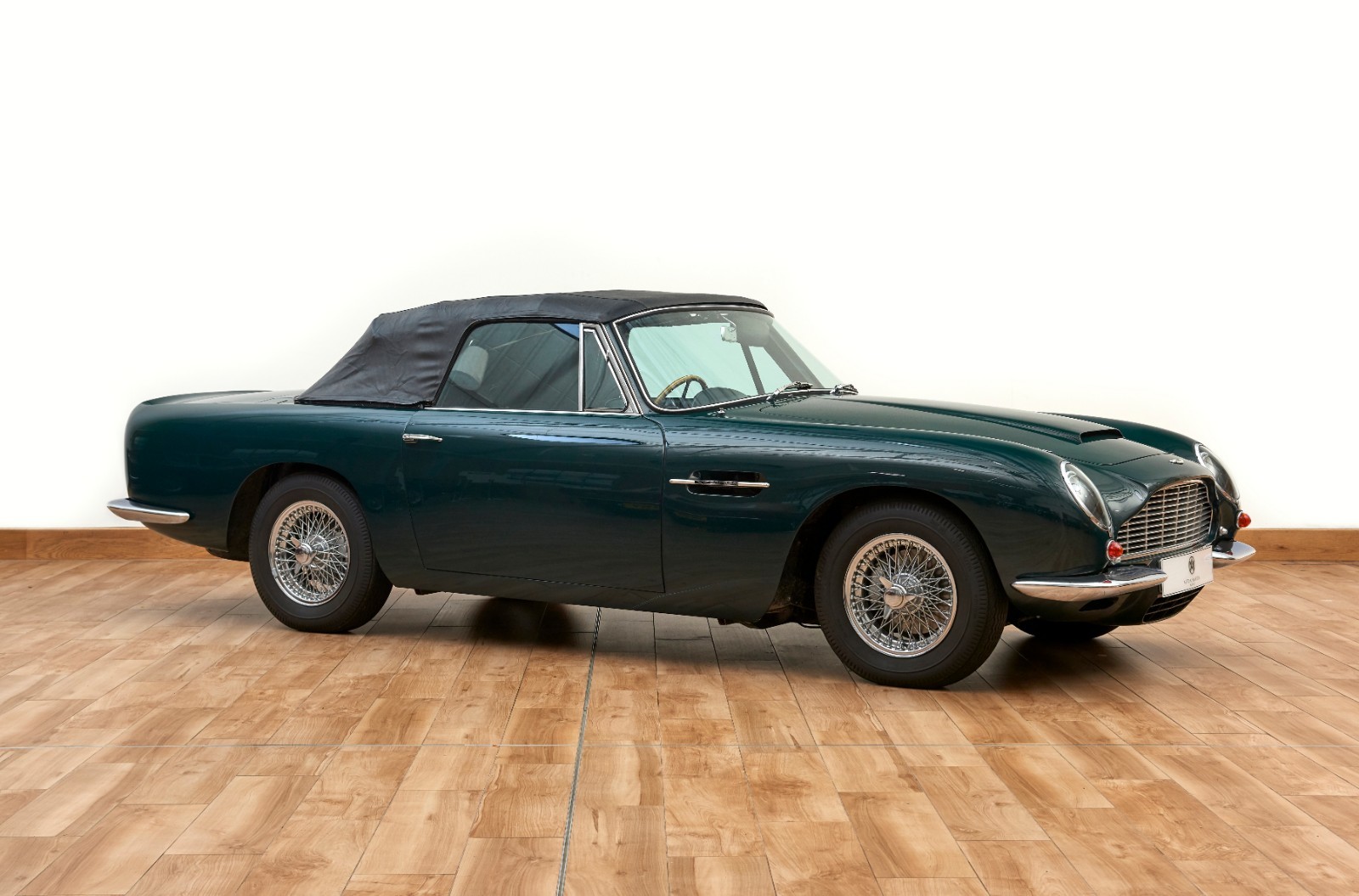 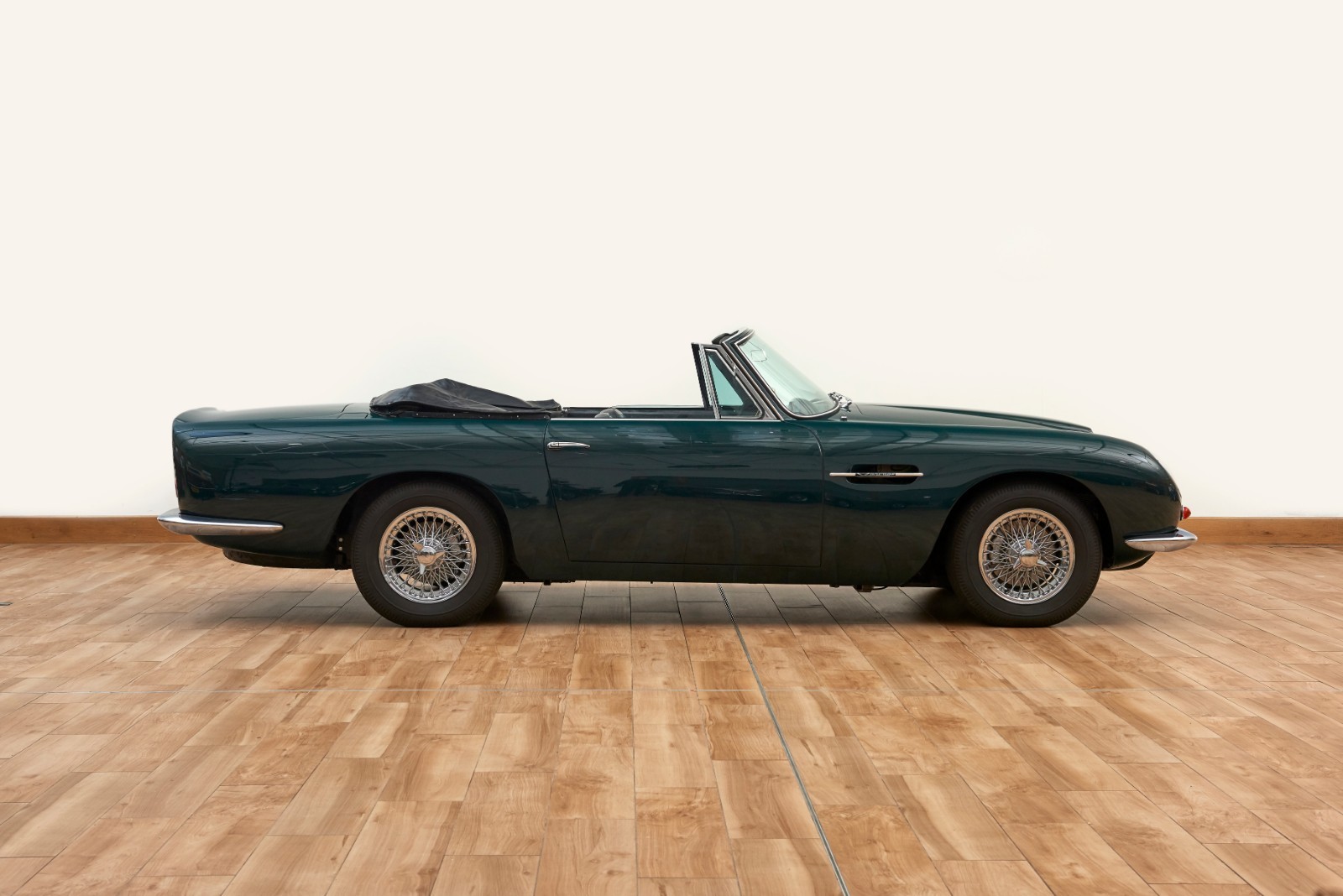 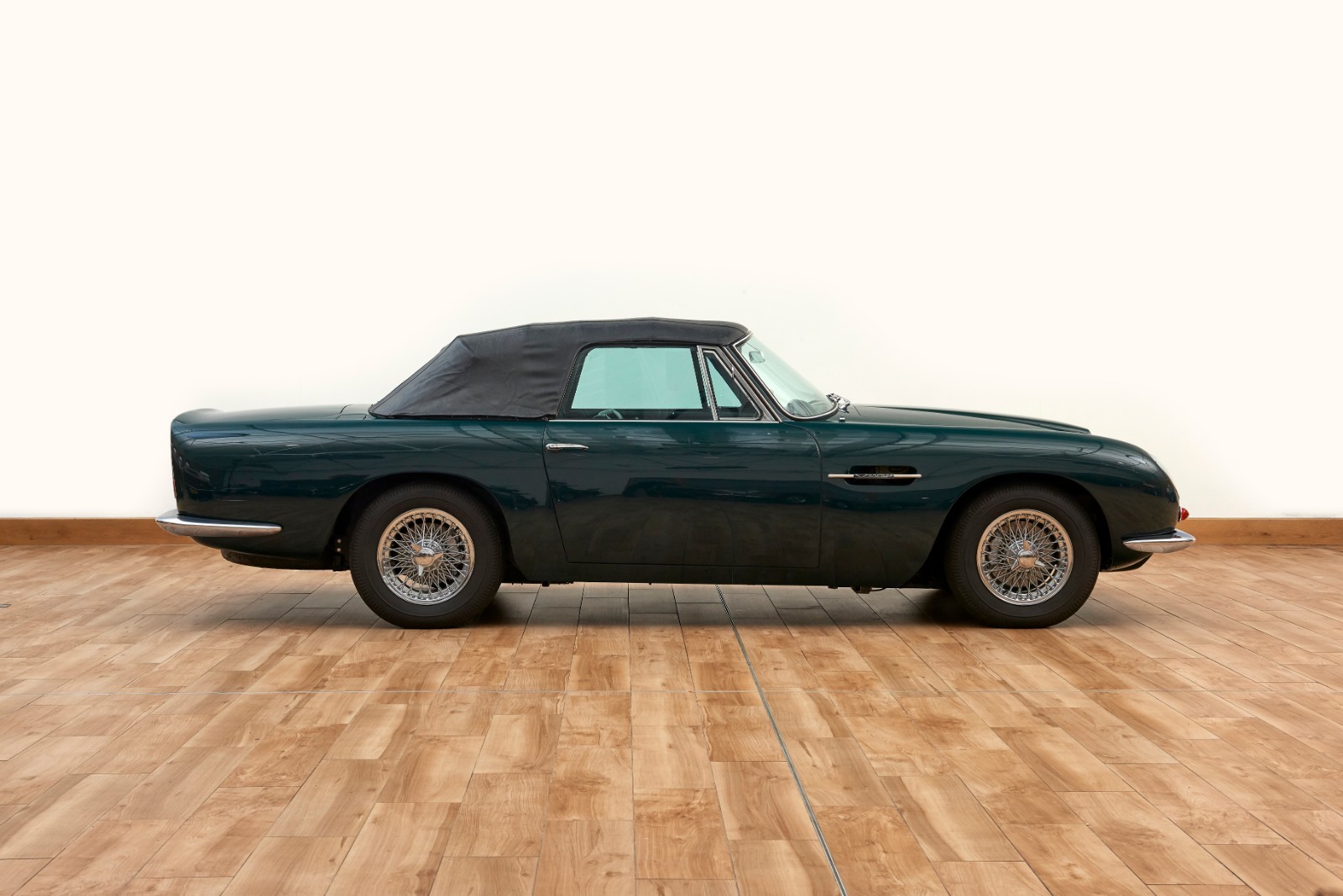 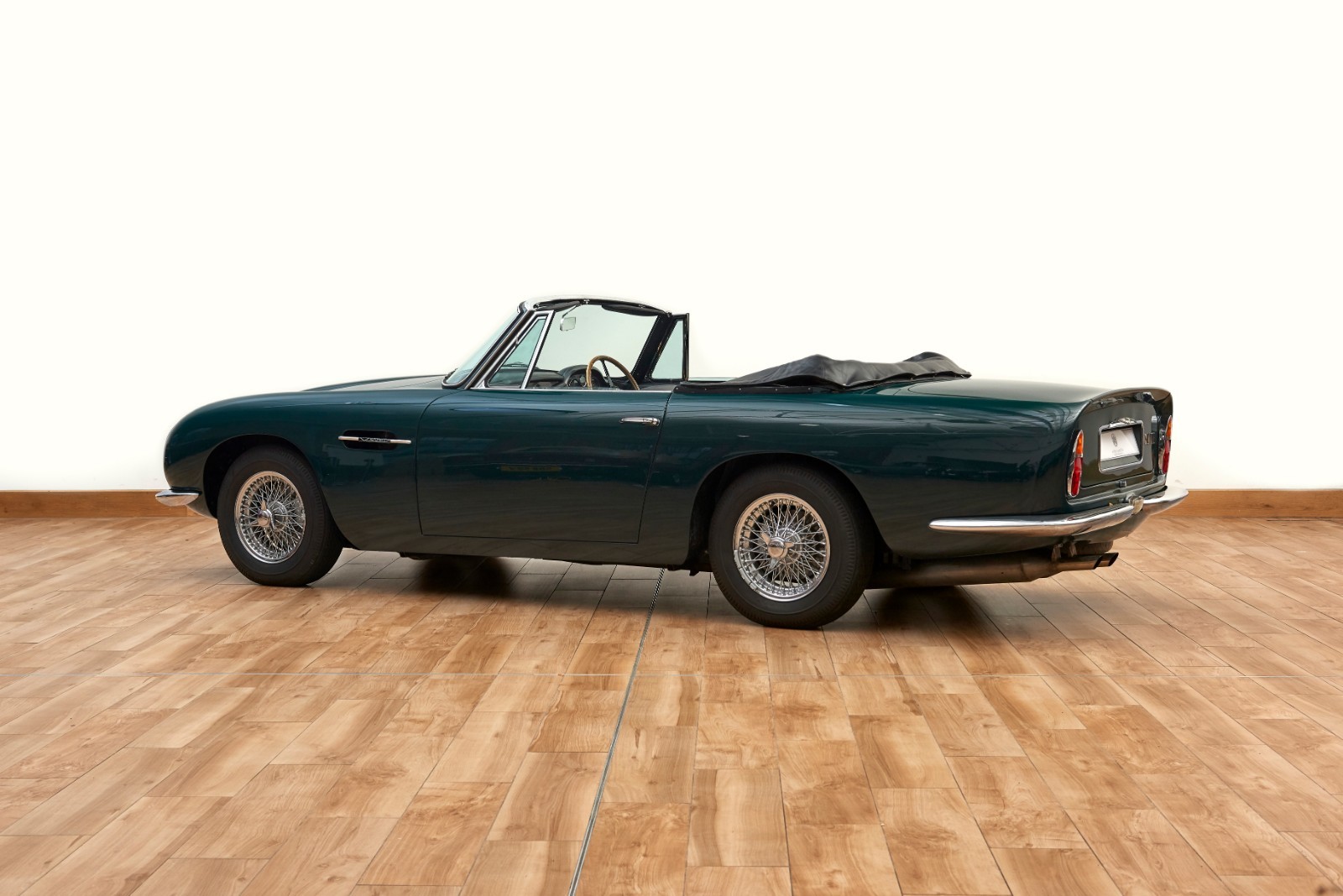 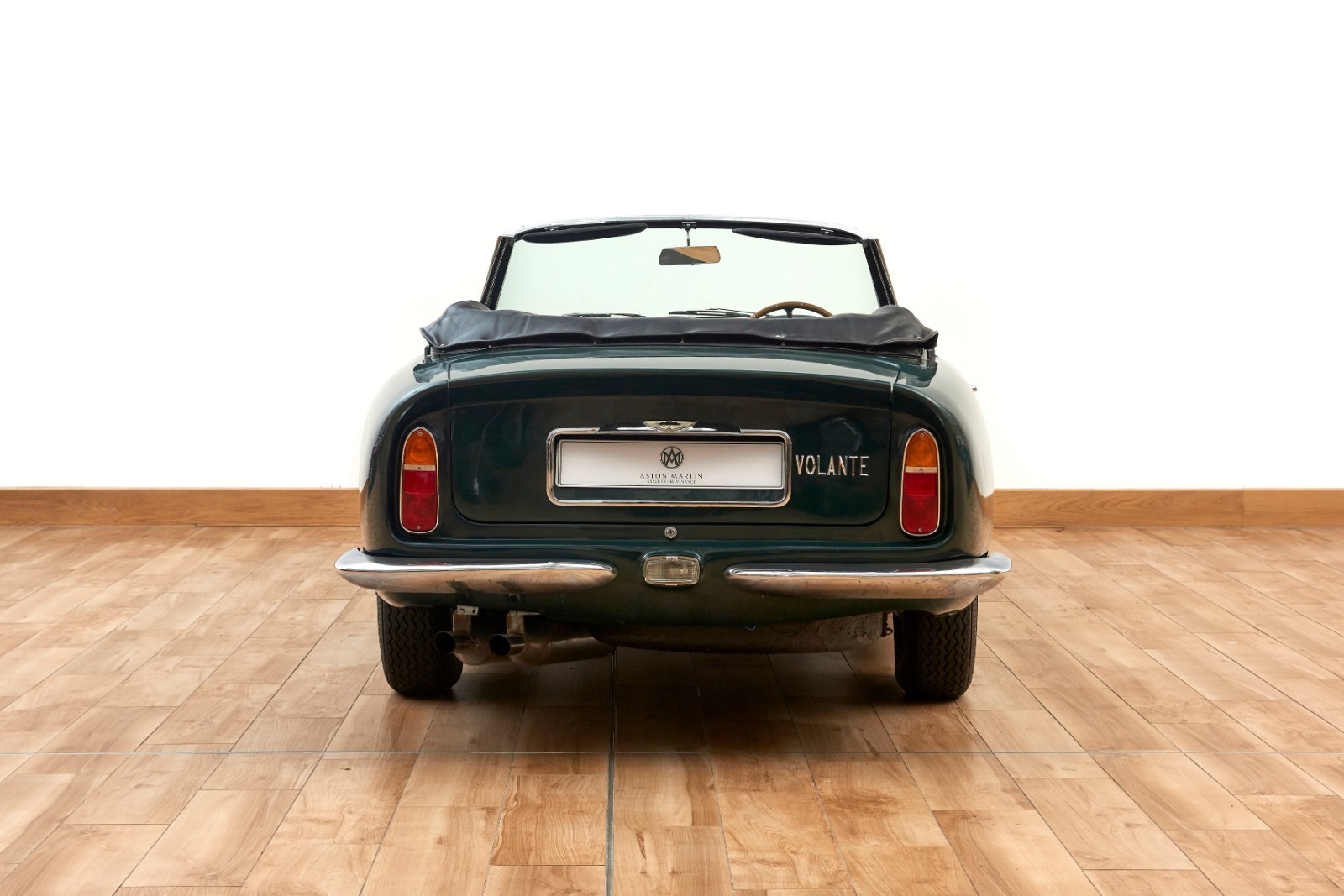 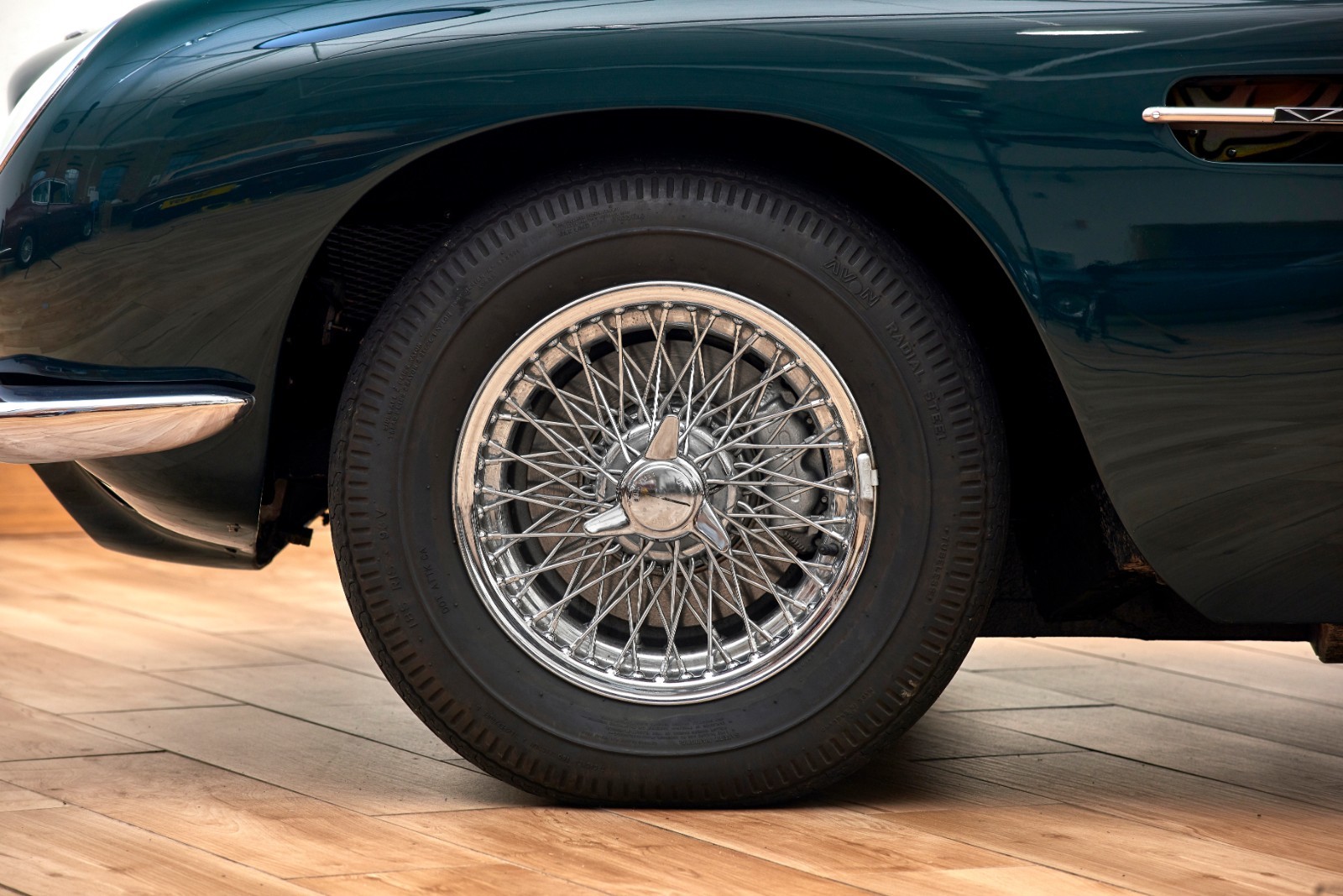 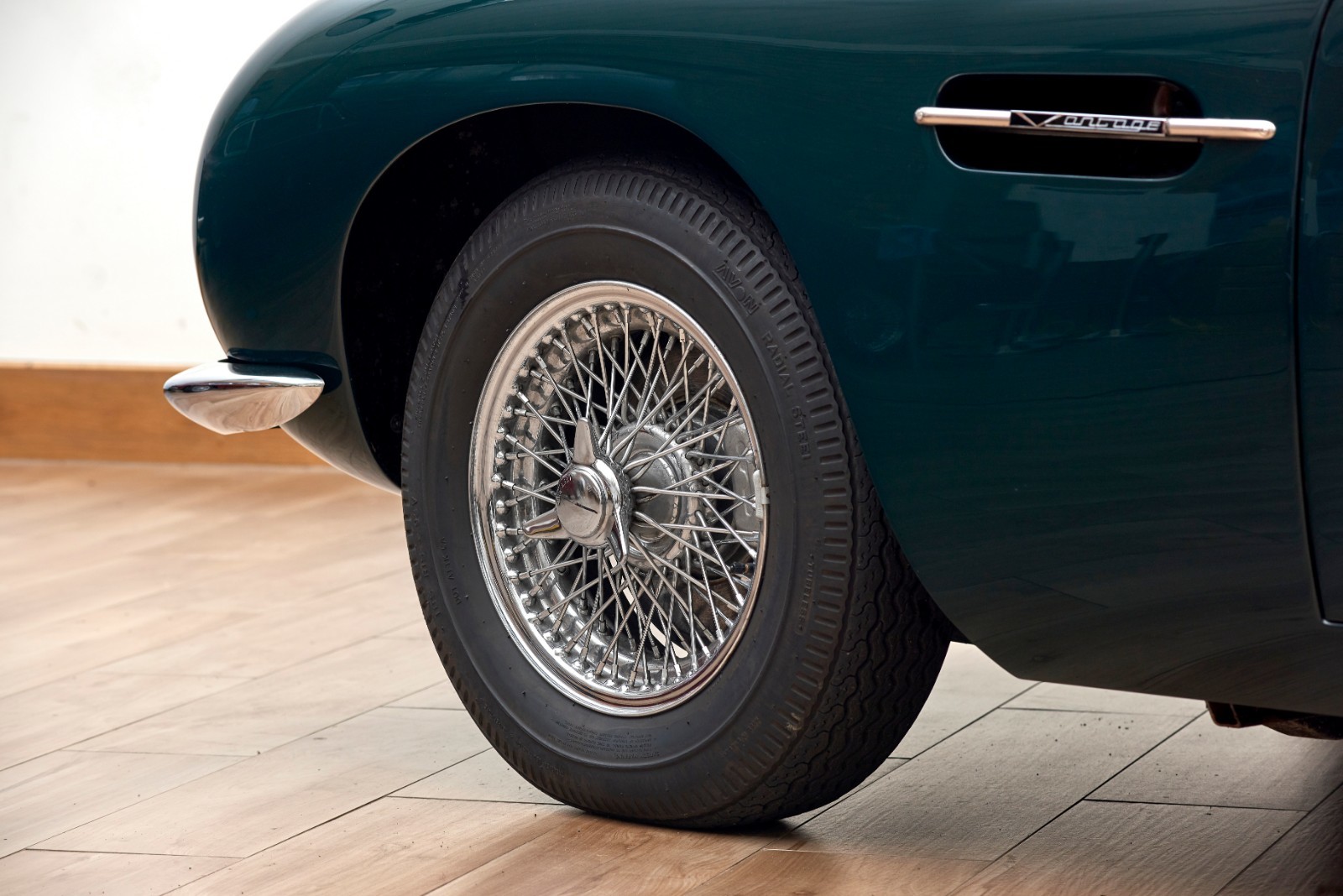 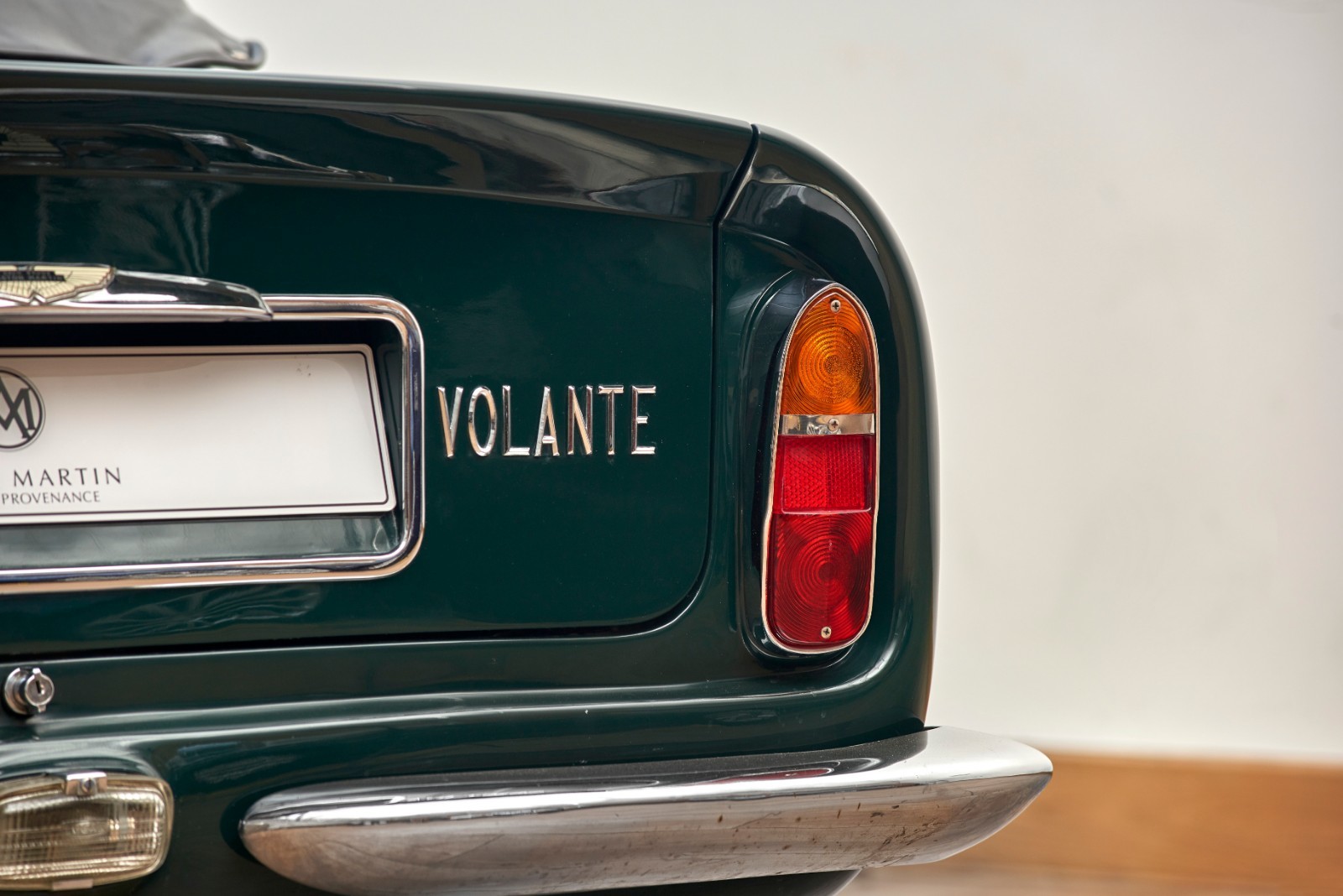 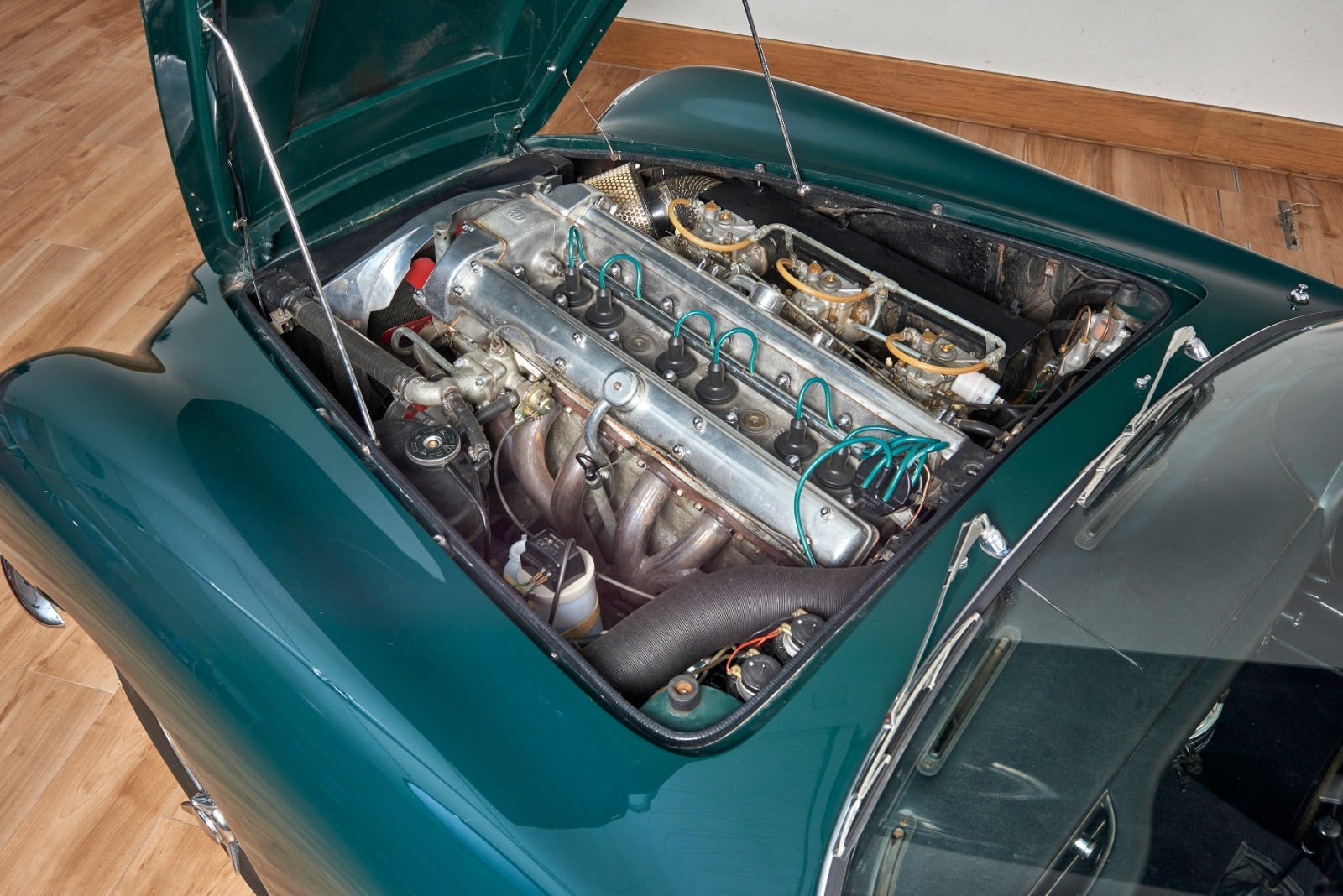 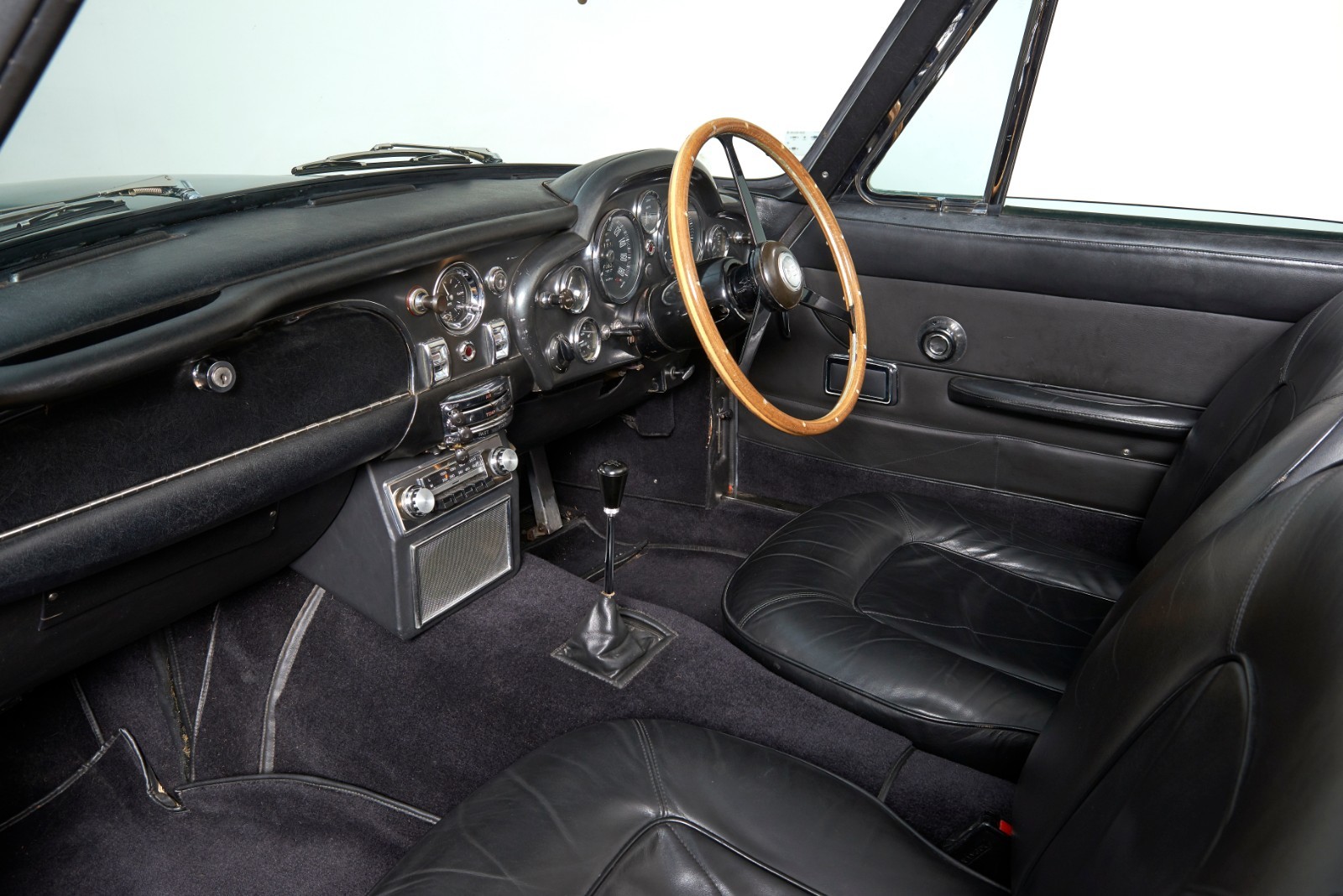 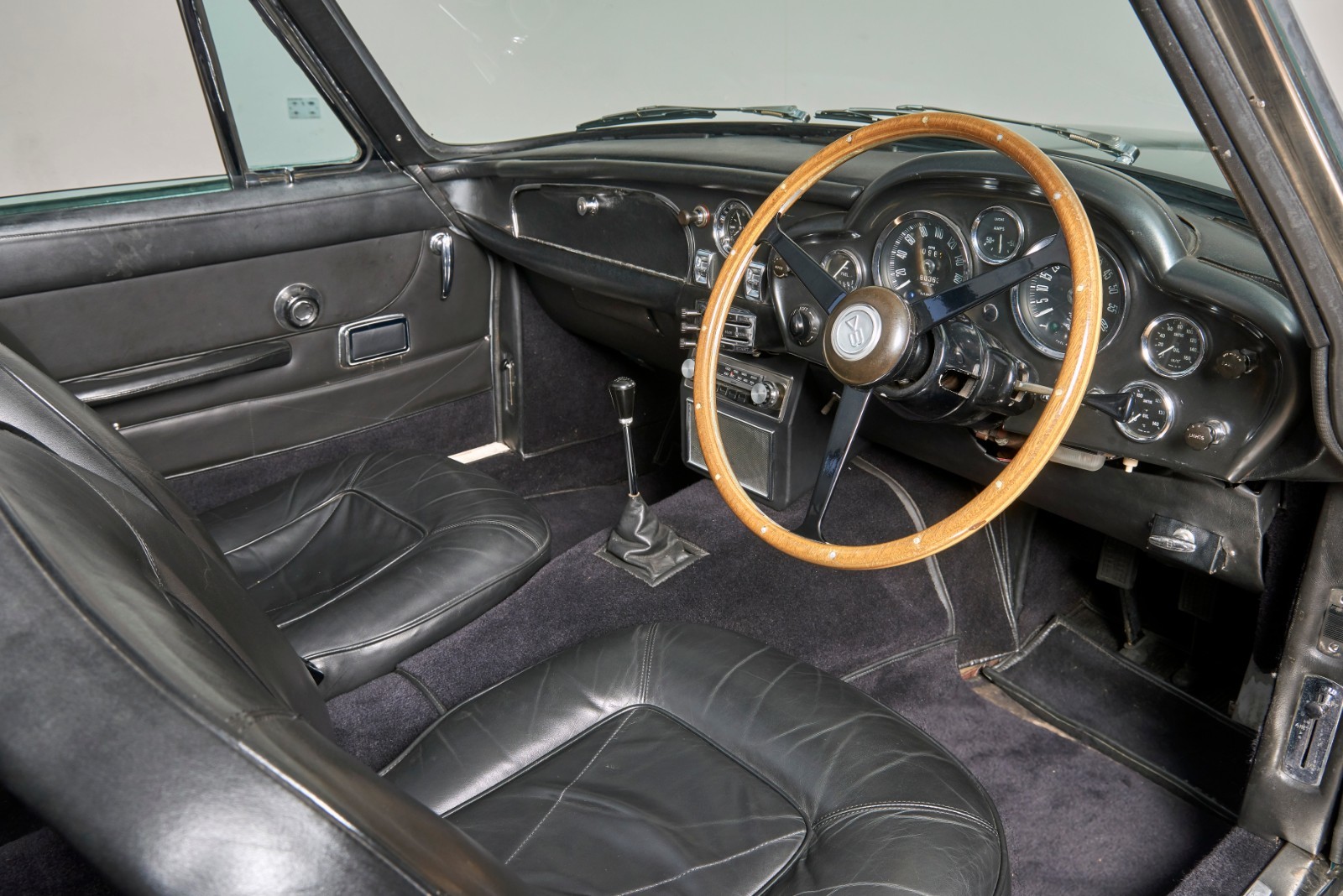 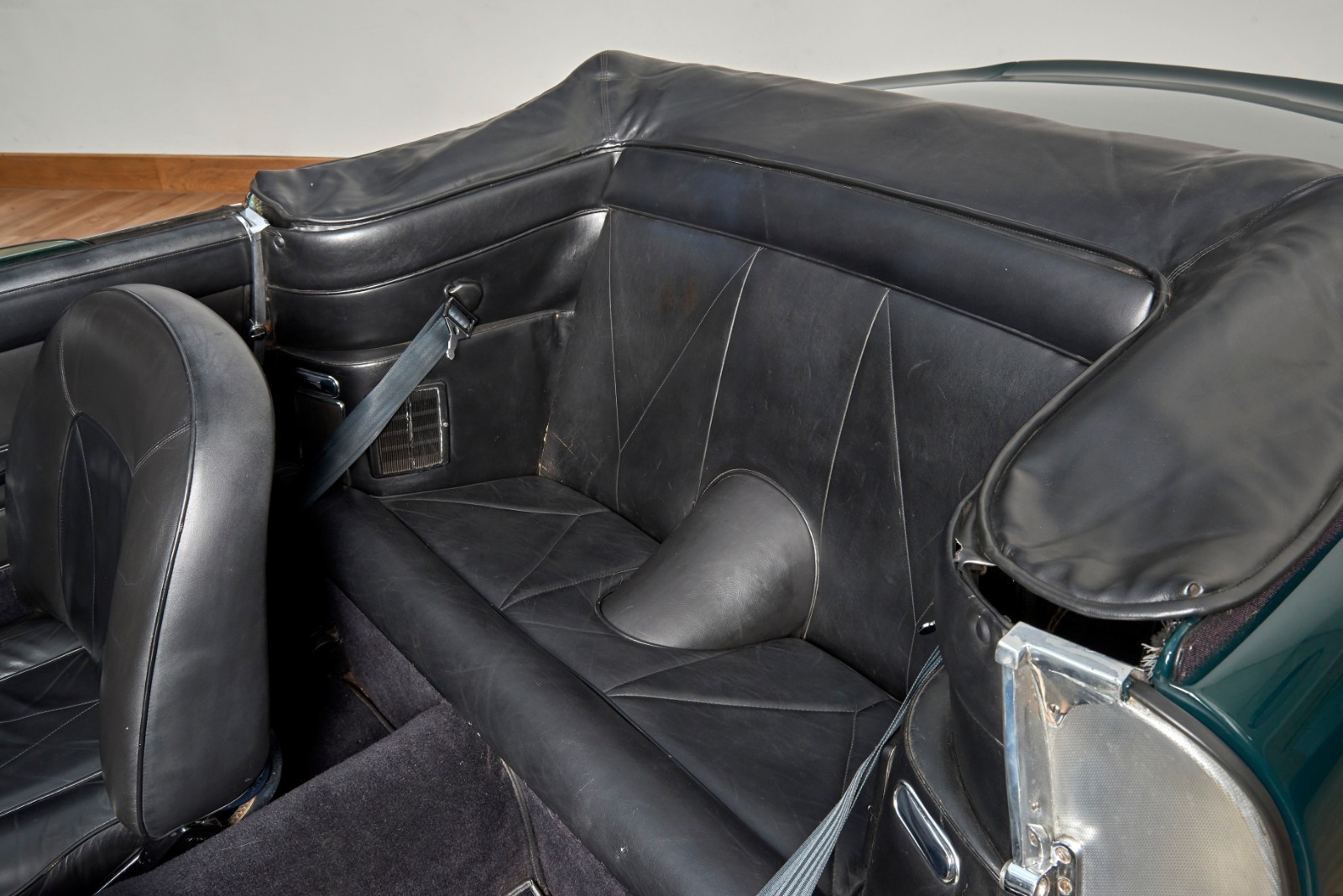 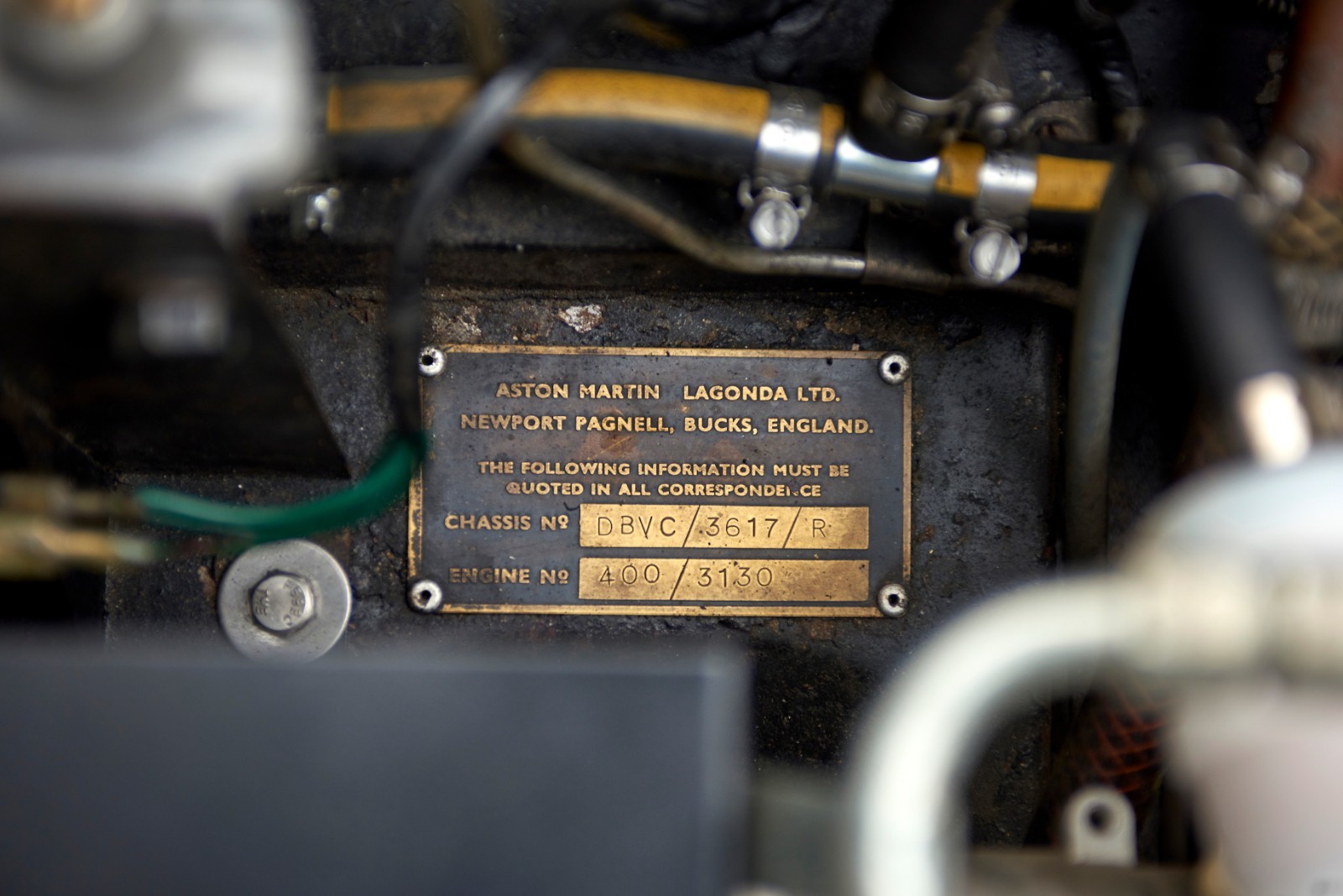 Chassis # DBVC/3167/R The culmination of Aston Martin's long-running six-cylinder 'DB' line, the DB6 was launched at the Paris and London Motor Shows in 1965 and was recognisably related to the Touring-styled DB4 of 1958. The wheelbase was now 4” longer than before, resulting in an extensive restyle with more-raked windscreen, raised roofline and reshaped rear quarter windows. Although apparently a bigger car than its predecessors, the weight of the new model was in fact only fractionally increased. Opening front quarter lights made a reappearance but the major change was at the rear where a Kamm-style tail with spoiler marginally reduced aerodynamic drag. The Tadek Marek-designed double-overhead-camshaft six-cylinder engine had been enlarged to 3,995cc for the preceding DB5 and remained unchanged. Power output on triple SU carburettors was 282bhp, rising to 325bhp in Vantage specification. Borg-Warner automatic transmission was offered alongside the standard ZF five-speed gearbox, and for the first time power-assisted steering was available. One of 140 DB6 Volantes Mark 1s made, this right-hand drive example was re-imported from the USA circa 1984/85. Damaged in transit, it was subsequently sent to Aston Service Dorset, rebuilt with new body panels, repainted and fully restored. At around the same time a replacement Vantage-specification engine (‘400/4841/SVC’, from a 1971 DBS model) was obtained and installed after a full rebuild. The opportunity was taken to fit a ZF five-speed manual gearbox, replacing the original automatic. All the forgoing was carried out by Aston Service Dorset for previous owner – a Mr S.G. – of the Imperial War Museum, Duxford, who had acquired the car in 1988, at which time it was painted red. In 1990 further refurbishment was undertaken to include new wheels/tyres, new hood, new carpets, re-Connollised leather, new door panels and all new weather strips and seals. After a period in storage, the car was re-commissioned by a marque specialist in 1998. Work undertaken included fitting new fuel tanks/lines and overhauling the carburettors, fuel pumps, brakes, power hood motor/mechanism and window lift motors. In addition, the steering wheel, ignition leads and rear lamp clusters were renewed. The body/chassis was Waxoyled throughout and the car set up on a rolling road. In 2006 the motor car was purchased through the Bonhams auction at Aston Martin Works Service and placed into a substantial collection of a Middle-Eastern owner. Here the car remained, in relatively untouched condition until a re-shuffle of the now expansive collection triggered its release back into the market. 2018 was something of a seminal year for ‘3617’, with a significant and substantial refurbishment programme effected by Aston Martin Works, including major chassis work, gearbox re-build and an expansive schedule of mechanicals to enable the car to be presented in a truly lovely retail fashion, for sale on the market today.
Book a test drive
Make an enquiry
Print details