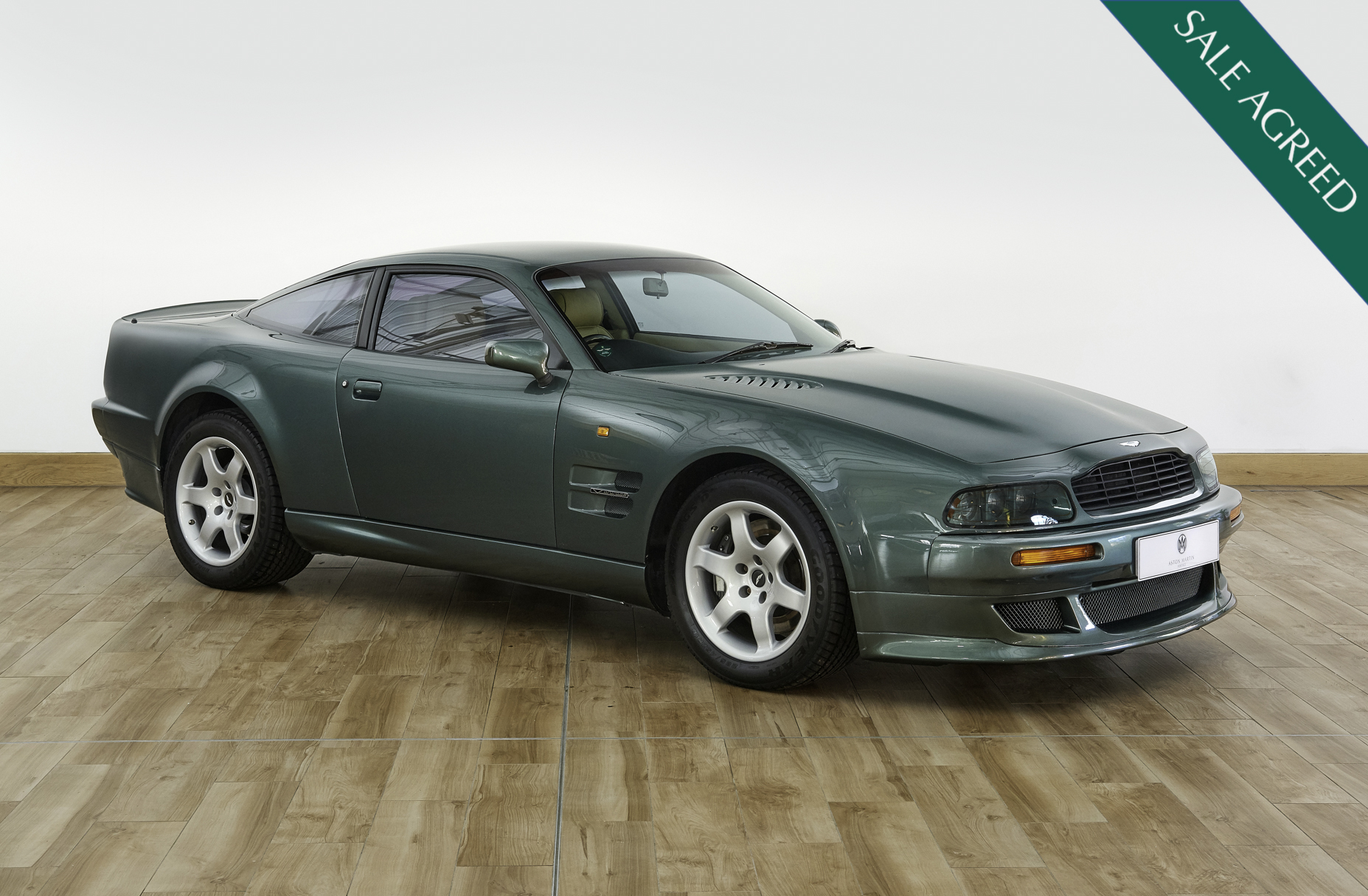 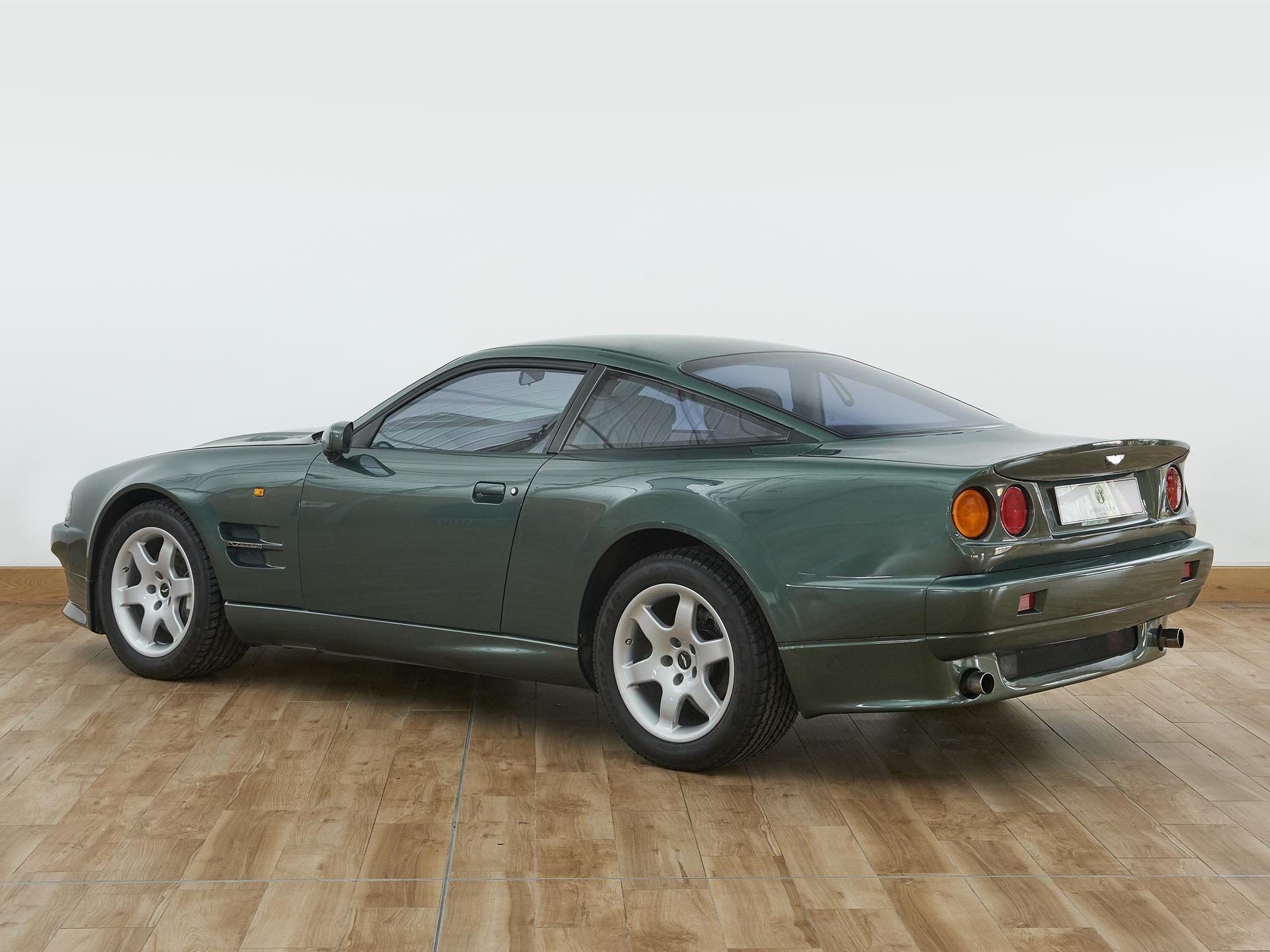 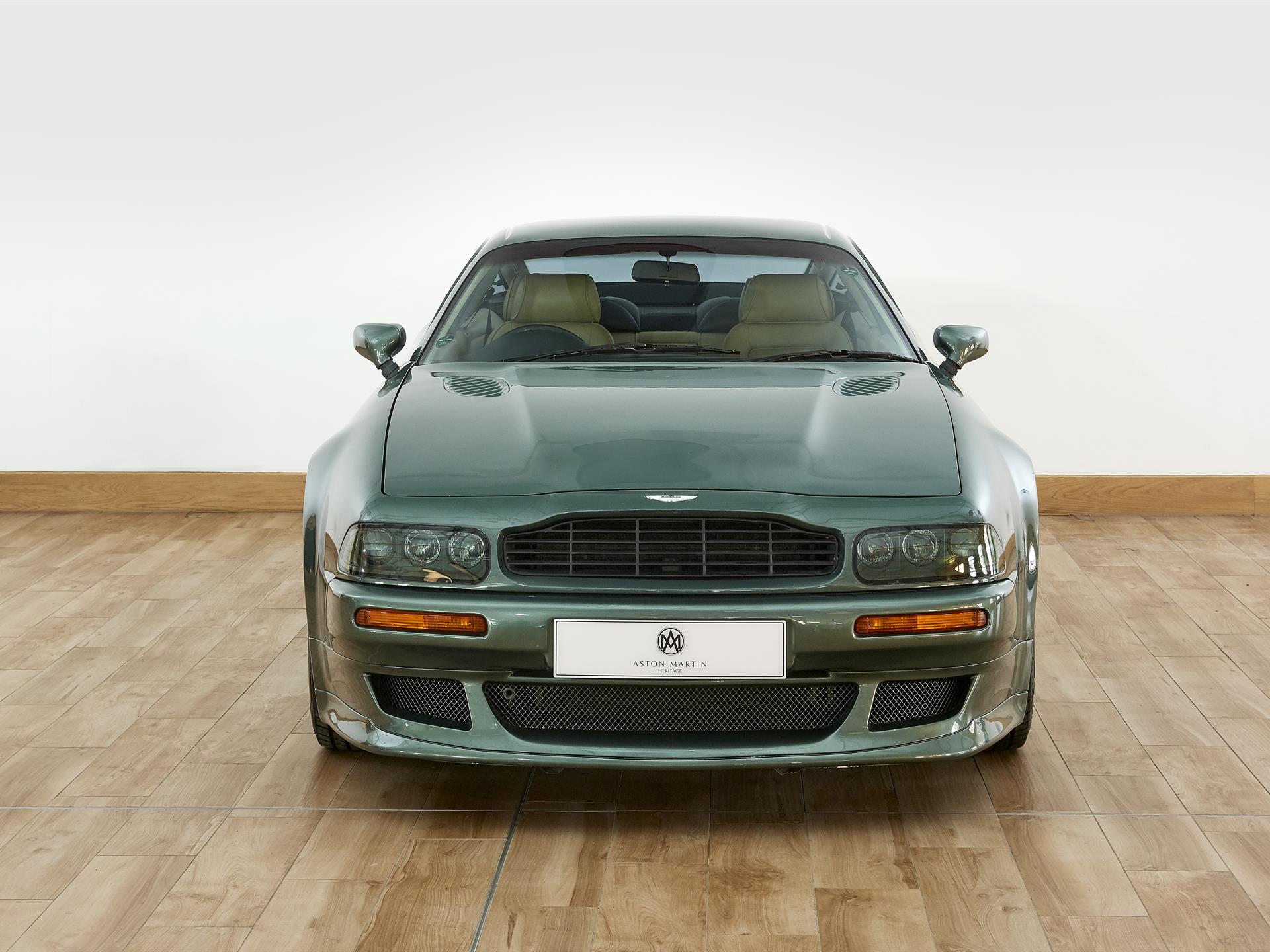 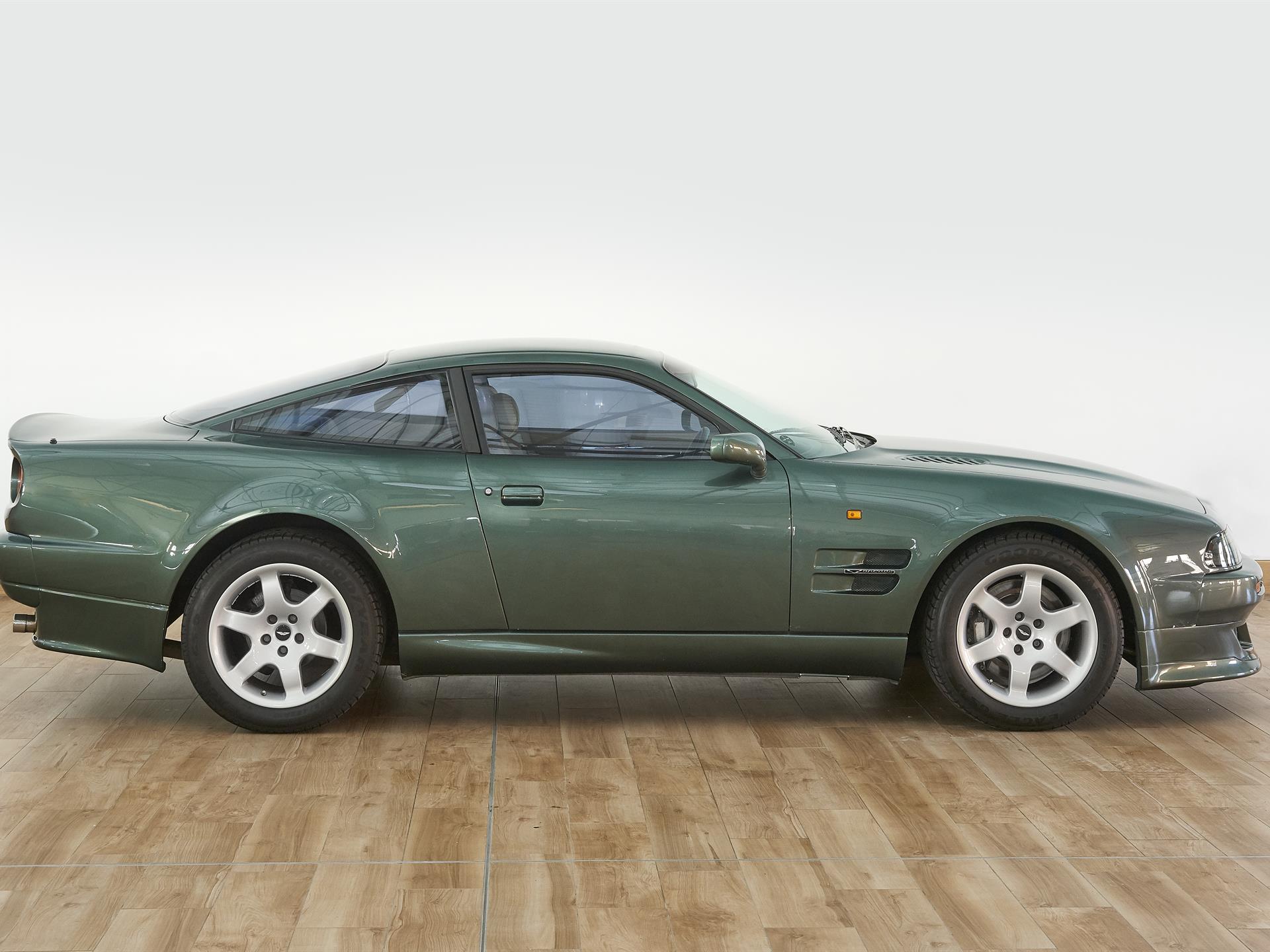 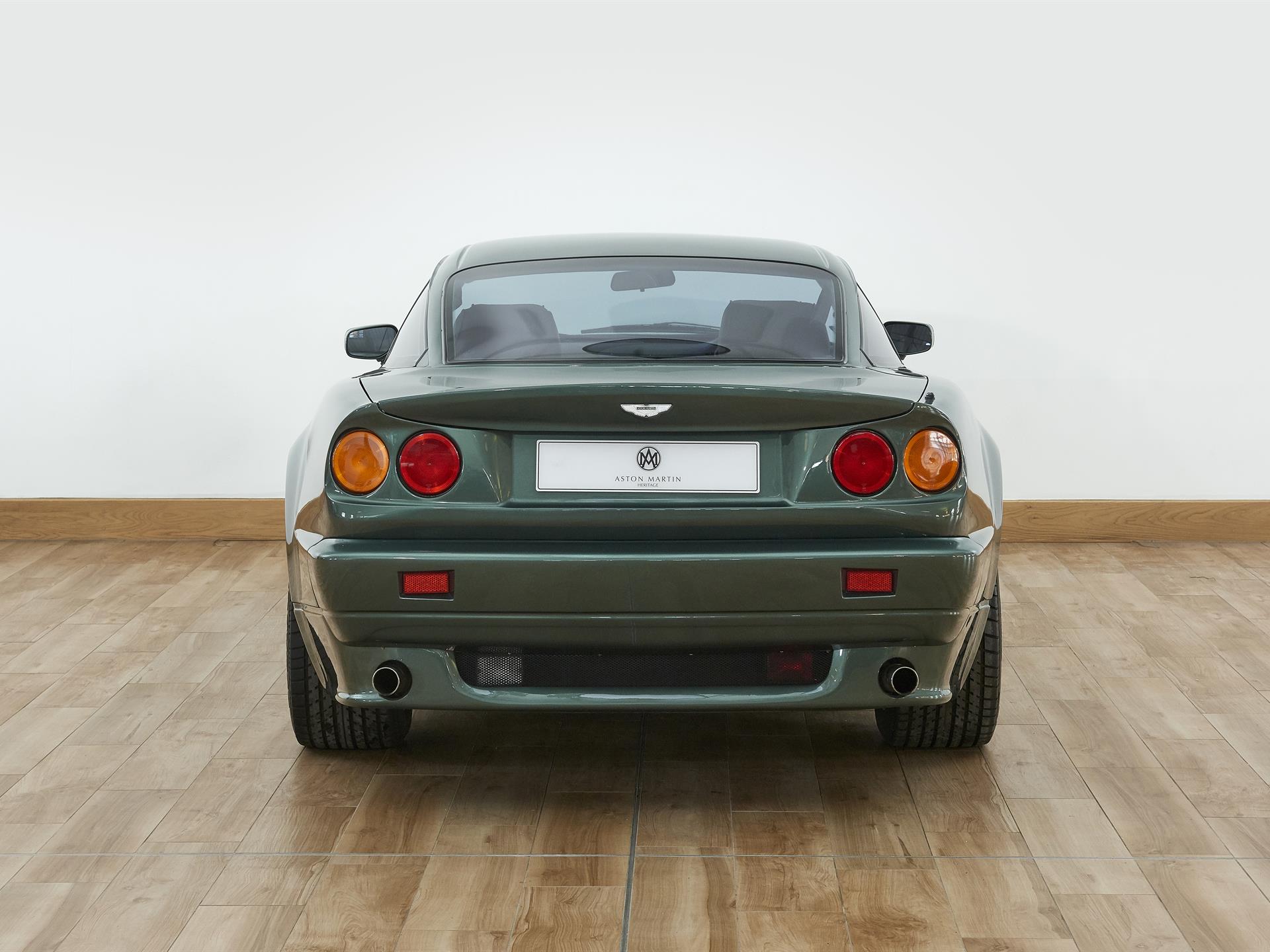 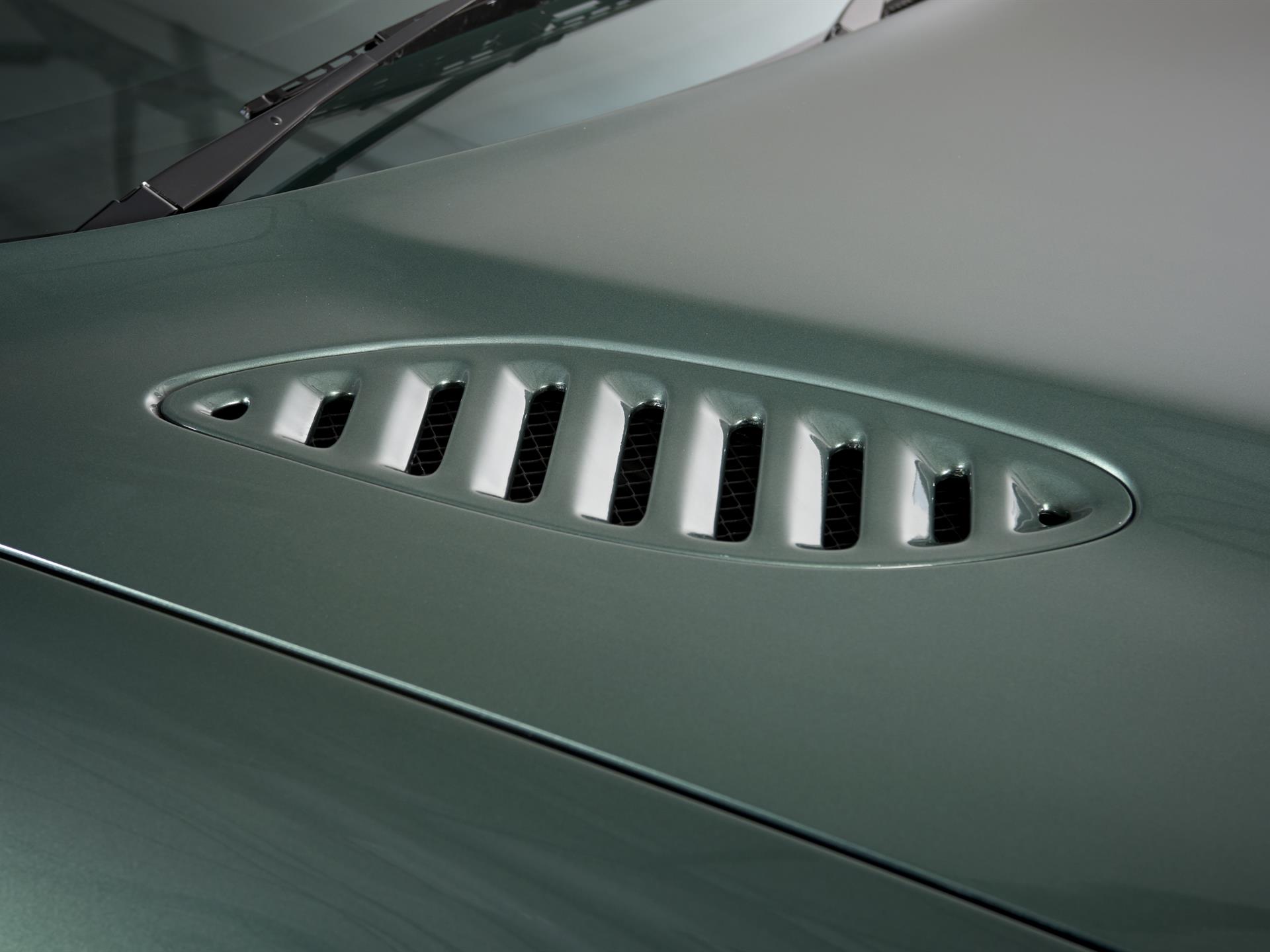 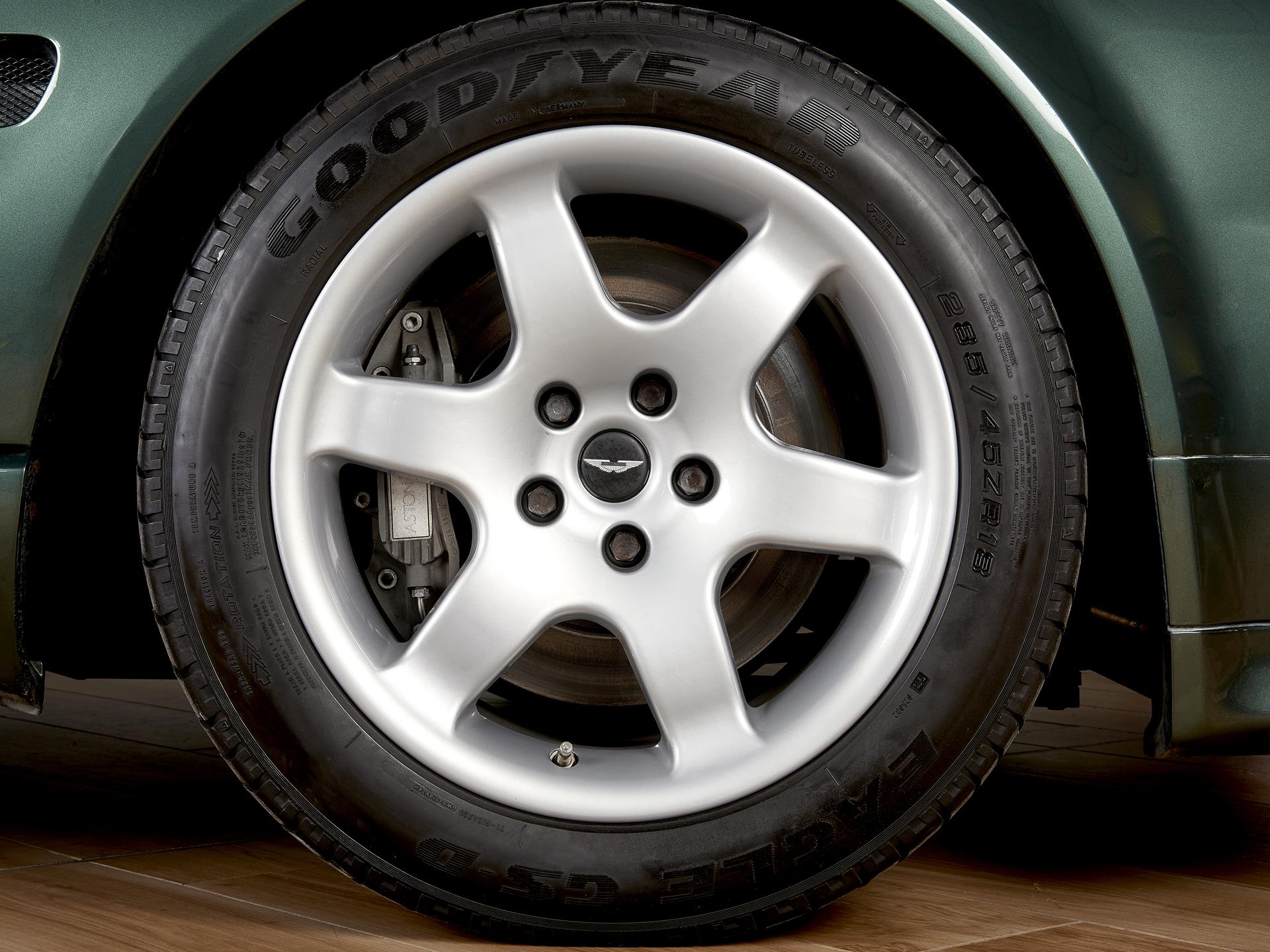 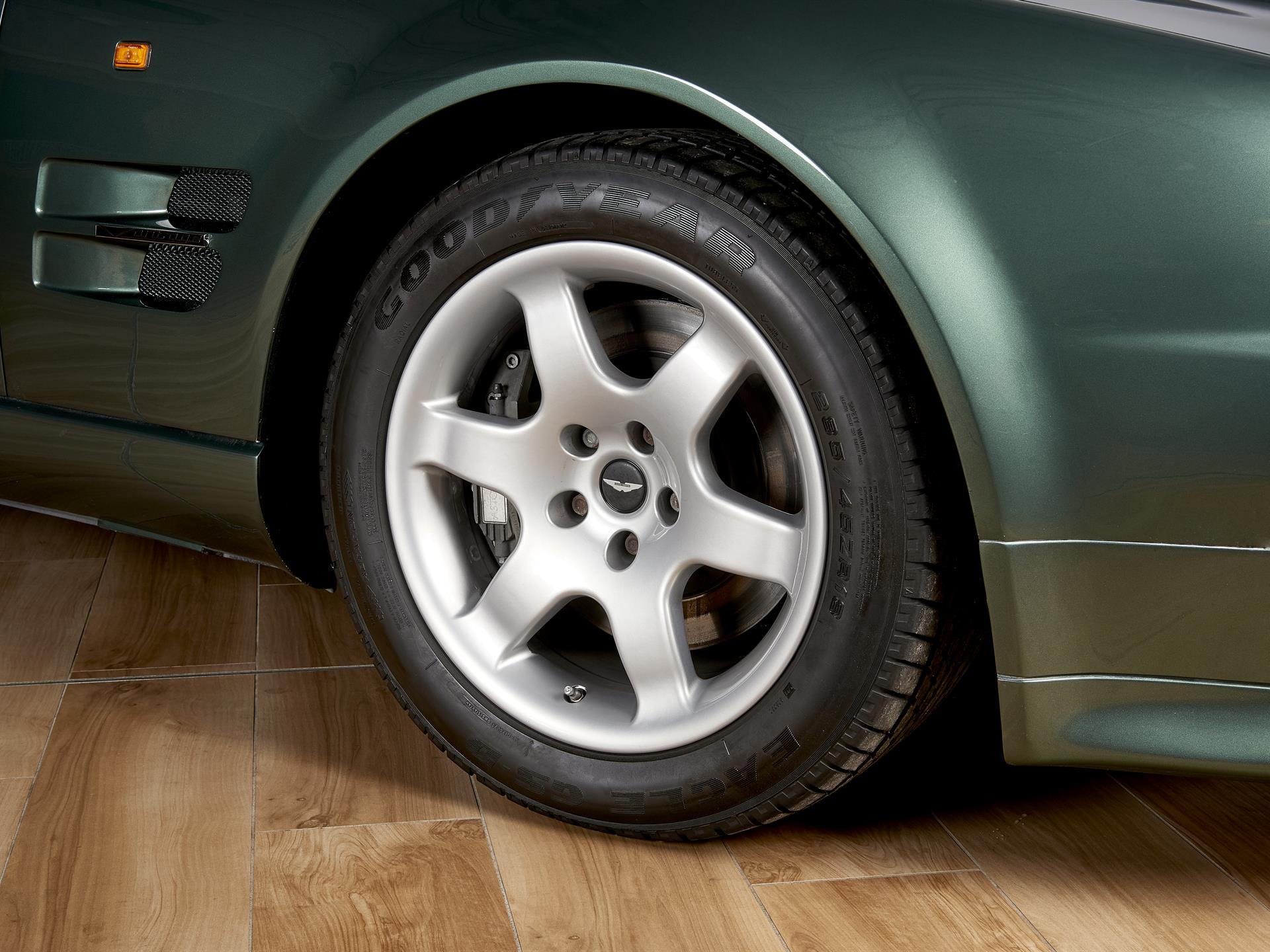 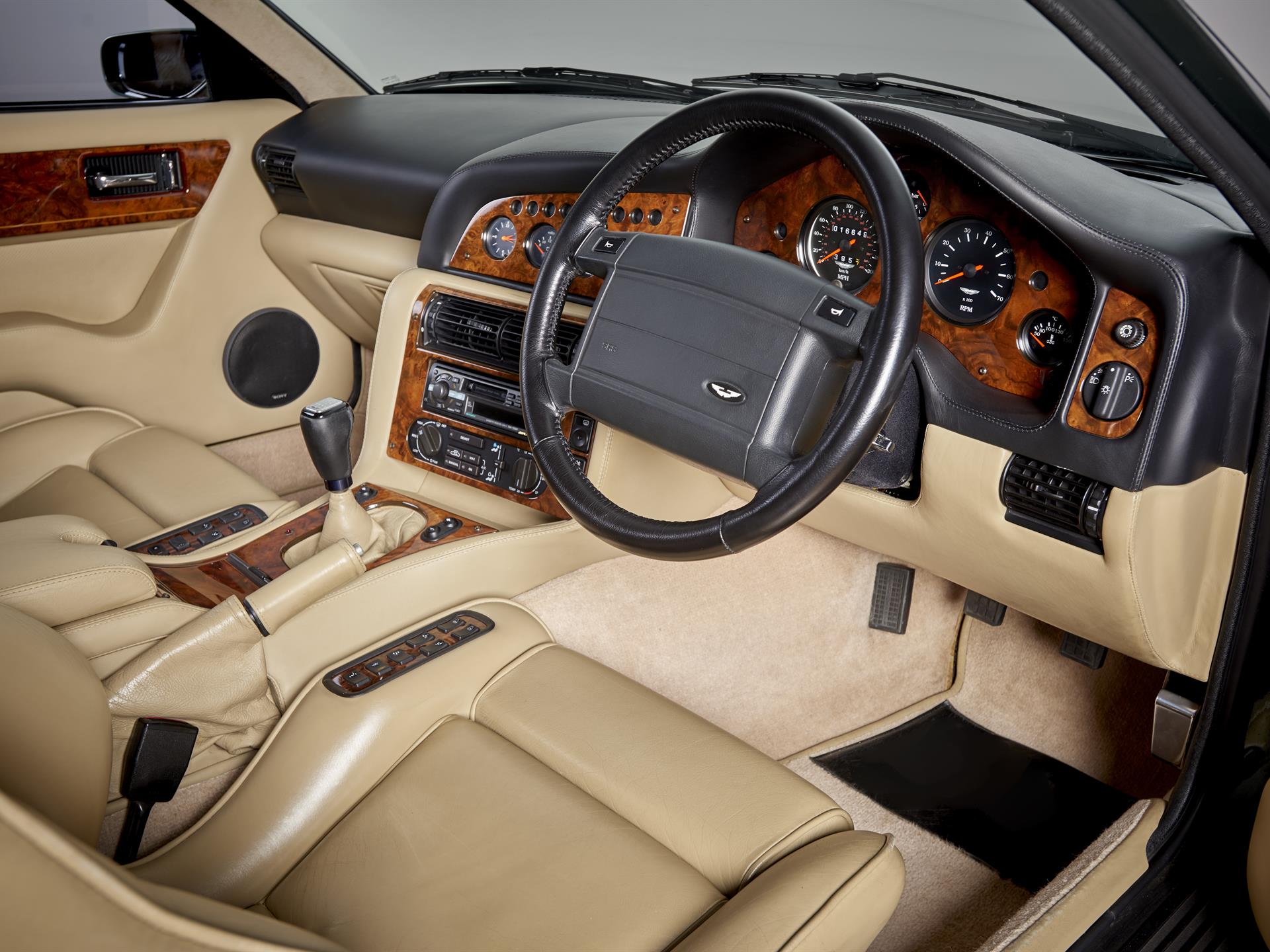 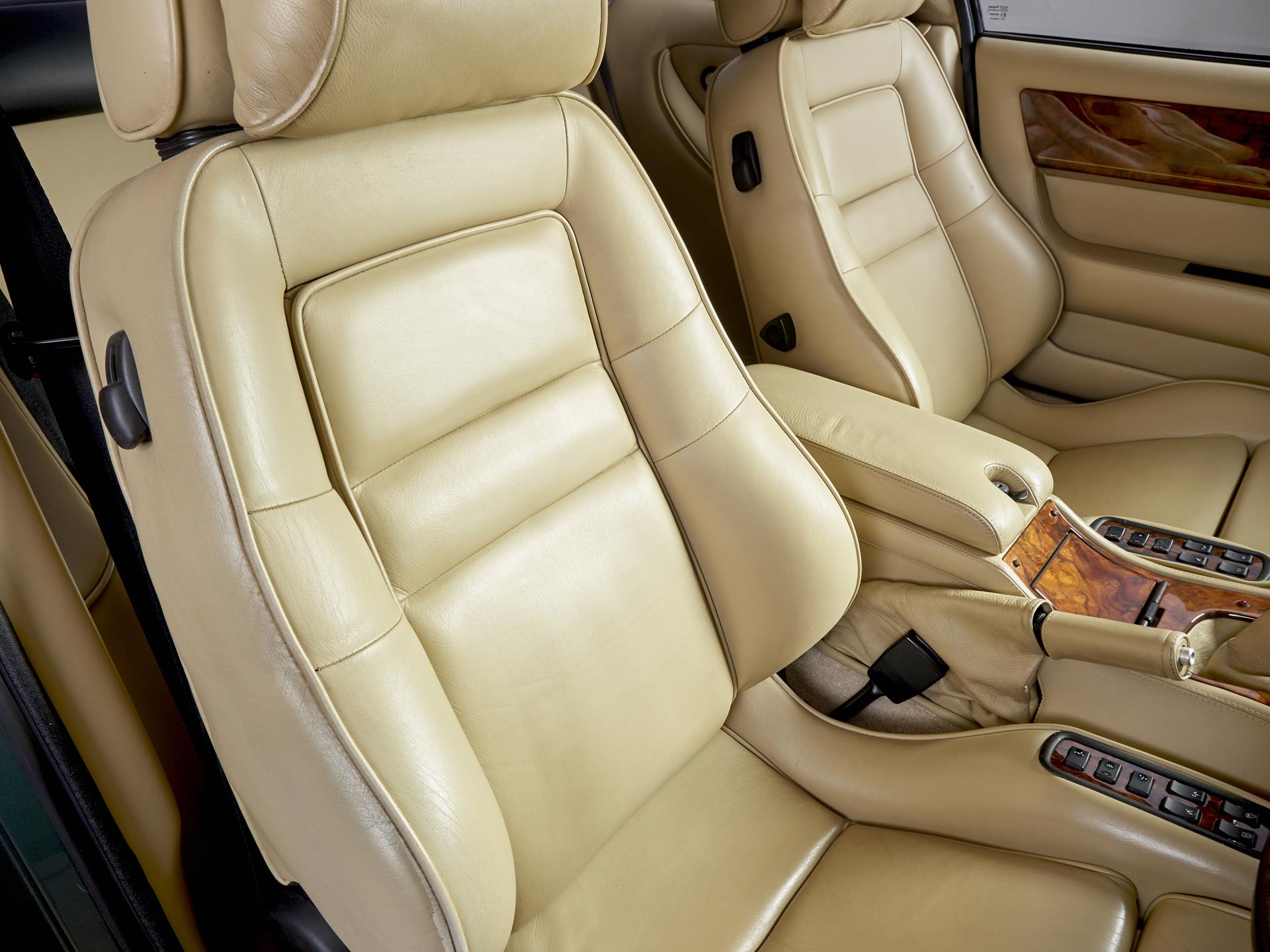 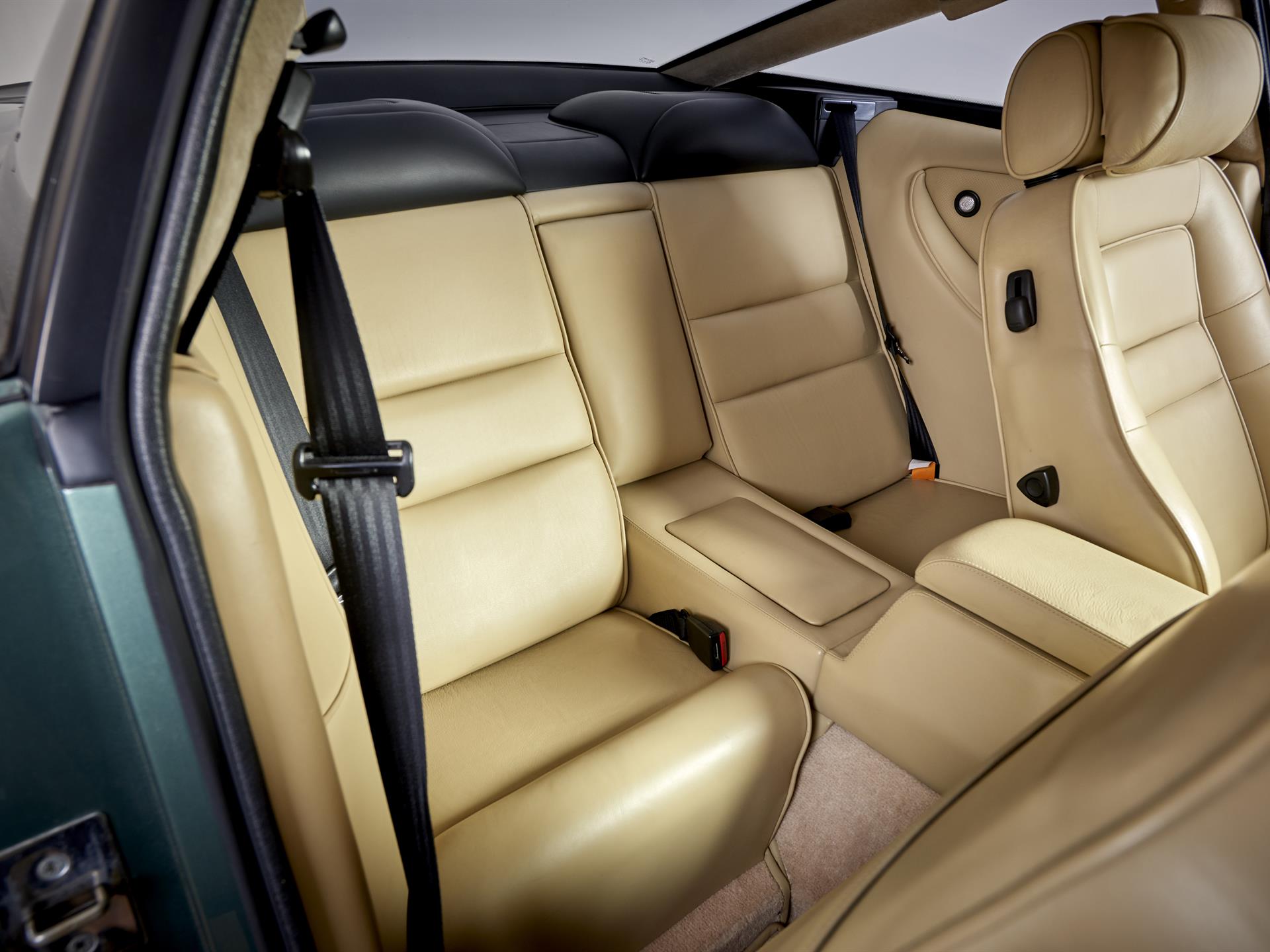 - Attractively and appropriately finished in Aston Martin Racing Green paint with a fawn leather interior - Only three owners from new, with less than 17,000 recorded miles, and maintained by Aston Martin Works for the majority of its life - In lovely condition with a good history file of maintenance invoices and expired MOT certificates - Phenomenal performance with a 550 bhp twin-supercharged V8 engine and a 6-speed transmission - Supplied with a one year Aston Martin warranty

The Aston Martin Vantage V550 was a unique car when new that formed its own place in the specialist car market, and little has changed in the impact they have today when seen in the metal. This superb example of one of the most powerful production cars of its era, and was first registered in June 1996 and is finished in its original and most attractive colours of Aston Martin Racing Green with a fawn leather interior.

Although the first owner is unknown, by October 1998 a new owner near Newbury in Berkshire was behind the wheel, but their custodianship was short lived as December 1999 saw a gentleman from Bedfordshire acquire the car. They promptly applied their personalised number plate 796 CR and the odometer recorded the car as having only covered about 11,800 miles from new.

Aston Martin Works have maintained the V550 to the highest standard since the gentleman's purchase, and the history file accompanying the car contains many Aston Martin Works invoices for servicing and maintenance, as well as a quantity of expired MOT certificates since 2001. The car seems to not have required any significant mechanical repairs other than Aston Martin Works fitting a new clutch and flywheel in July 2010 when the recorded mileage was about 17,000 miles.

This excellent example has had only three owners from new and is presented with the maintenance invoices and MOT certificates mentioned above, as well as its original book pack and a main agent stamped service book. After seeing regular use in the early part of their ownership, the gentleman used the car less after 2010 and covered just a few hundred miles a year, which has resulted in the car having covered less than 17,000 recorded miles from new.

Fewer than 250 V8 Vantage V550's were built between 1993 to 1999, with the model earning its name from the twin-supercharged V8 engine producing 550bhp and 500lb ft of torque. Transmitting the enormous power through a six-speed manual transmission (an automatic gearbox was optional), the car had a top speed approaching 200mph and a 0-60mph time of just 4.6 seconds. Body styling was both aggressive and functional, with a deep front spoiler channeling air through the radiator and then exiting via bonnet louvres and the classic Aston Martin side vents.

The V8 Vantage V550 was also fitted with 362mm-diameter ventilated front brake discs by AP Racing, and at the time these were the largest fitted to a production road car. Inside, the cabin showcases the true craftsmanship of those who worked at Newport Pagnell at the time, with an all-leather interior that perfectly dressed the supportive seats for the driver and passengers.