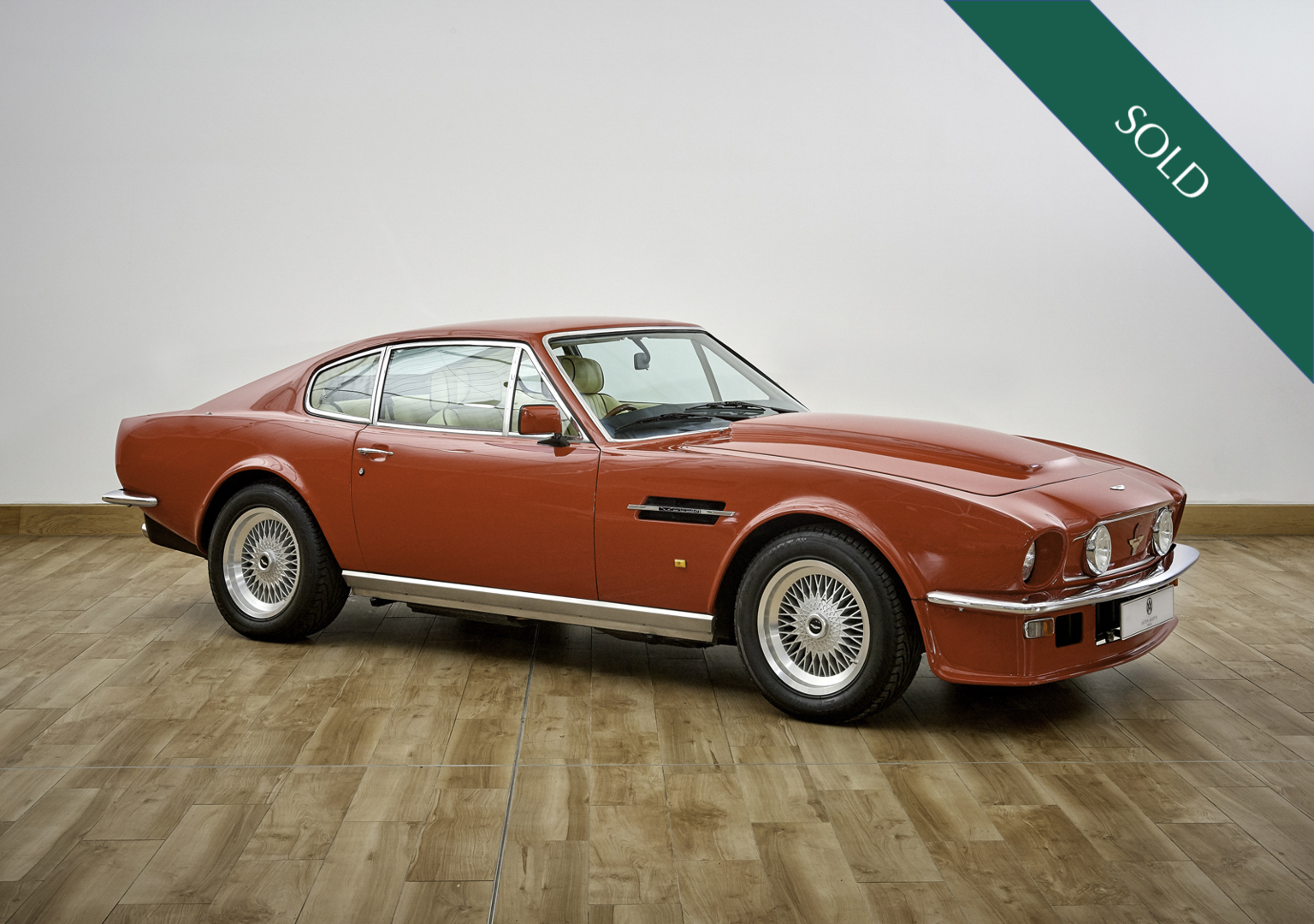 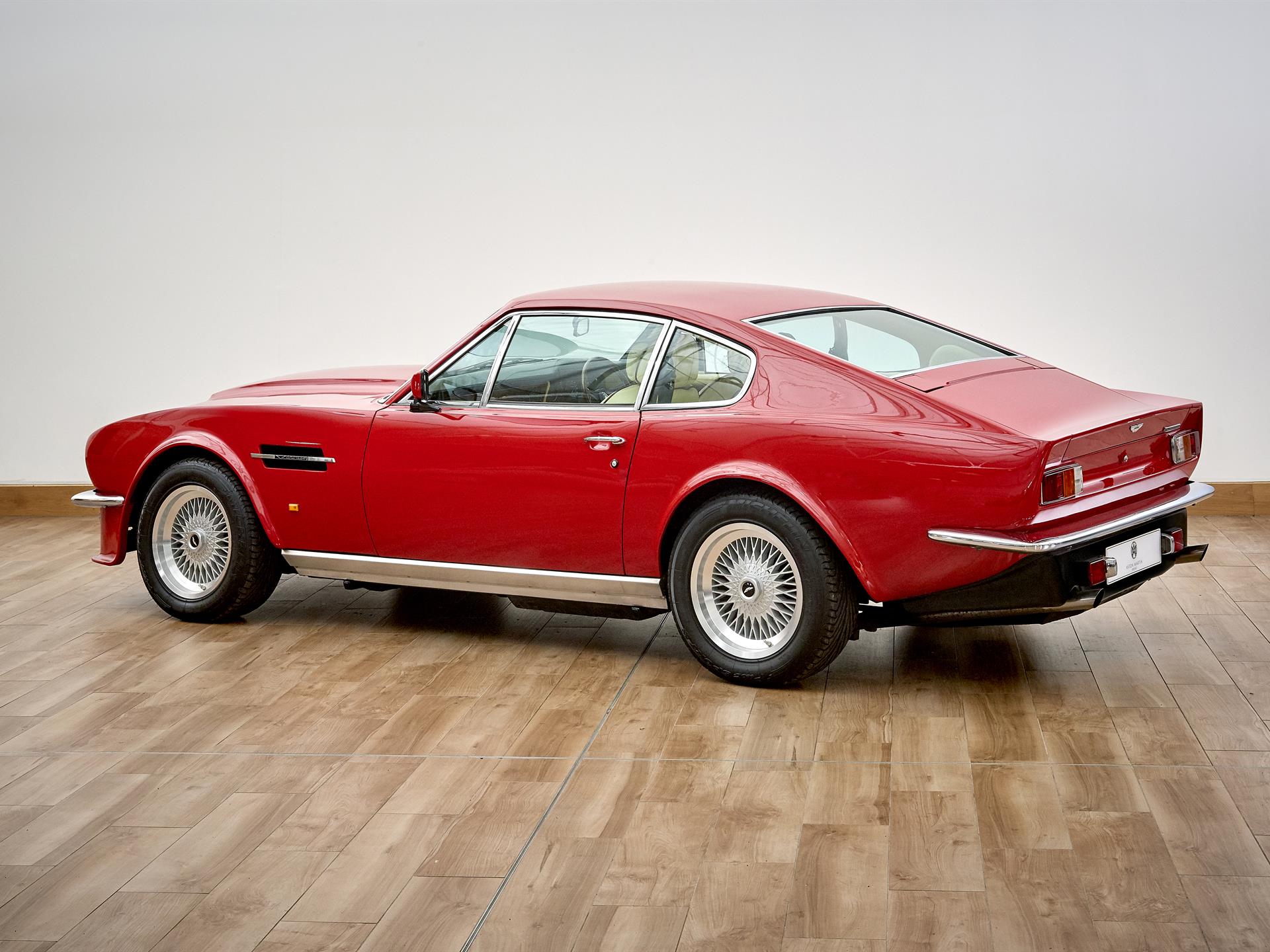 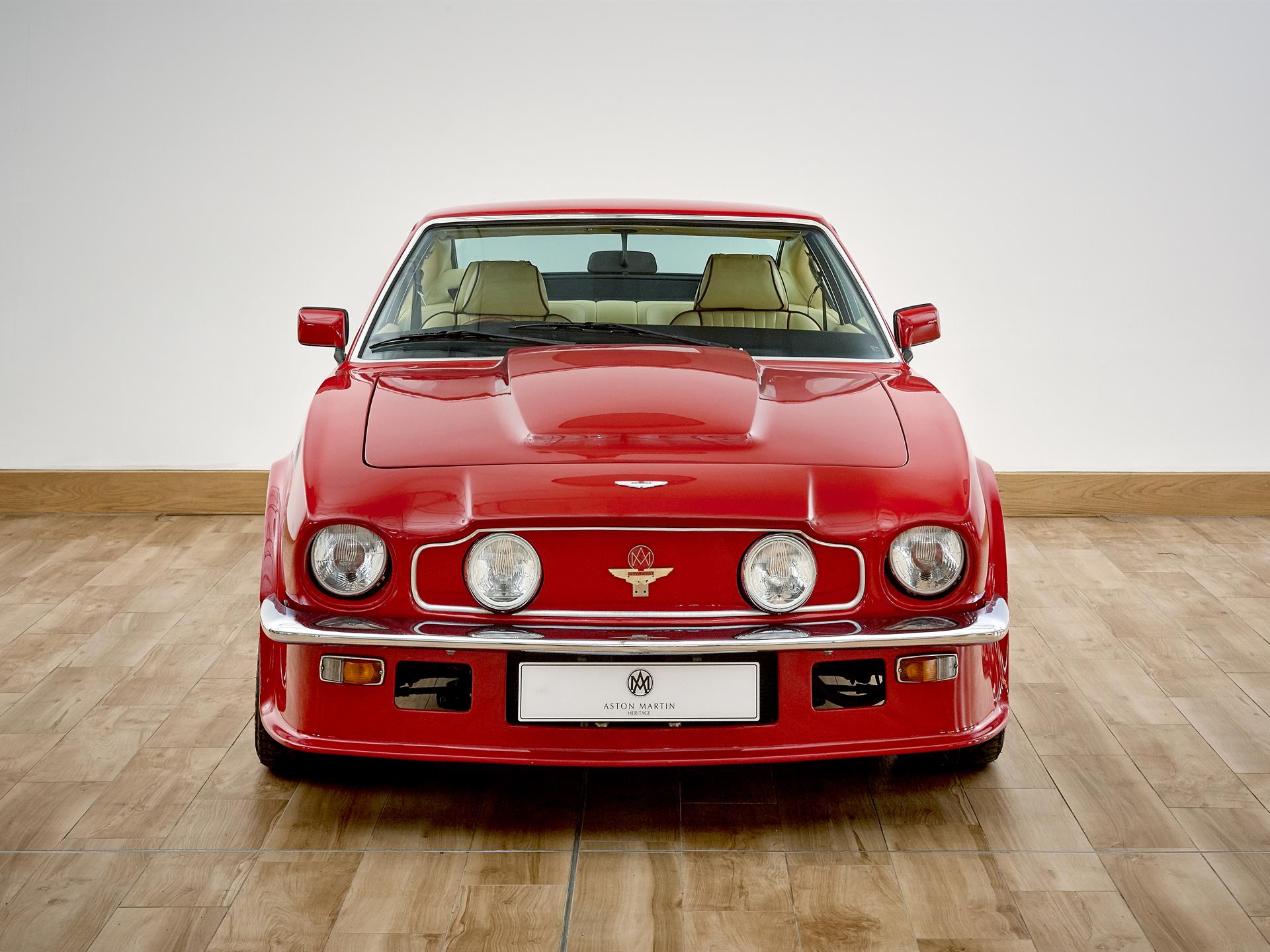 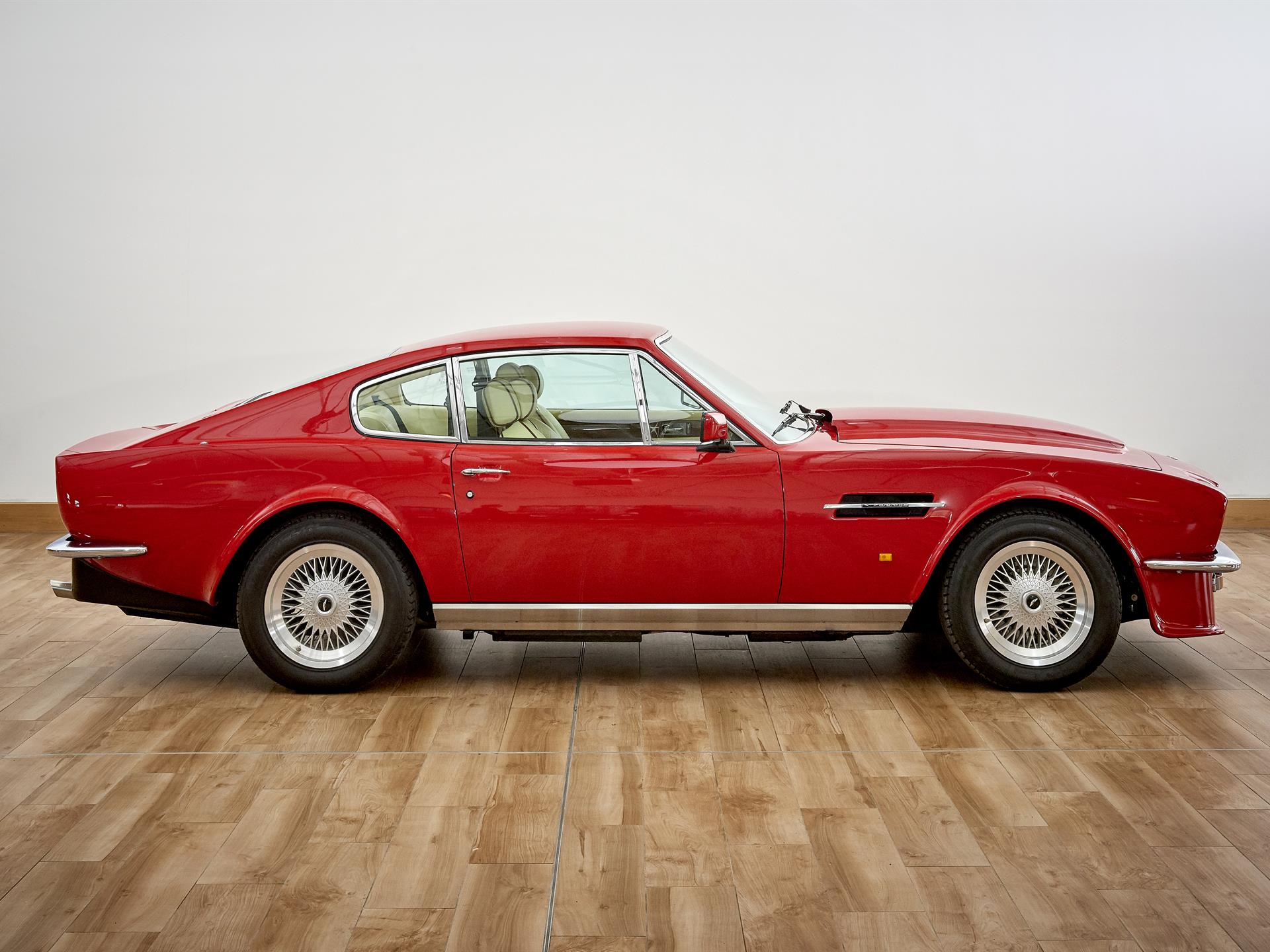 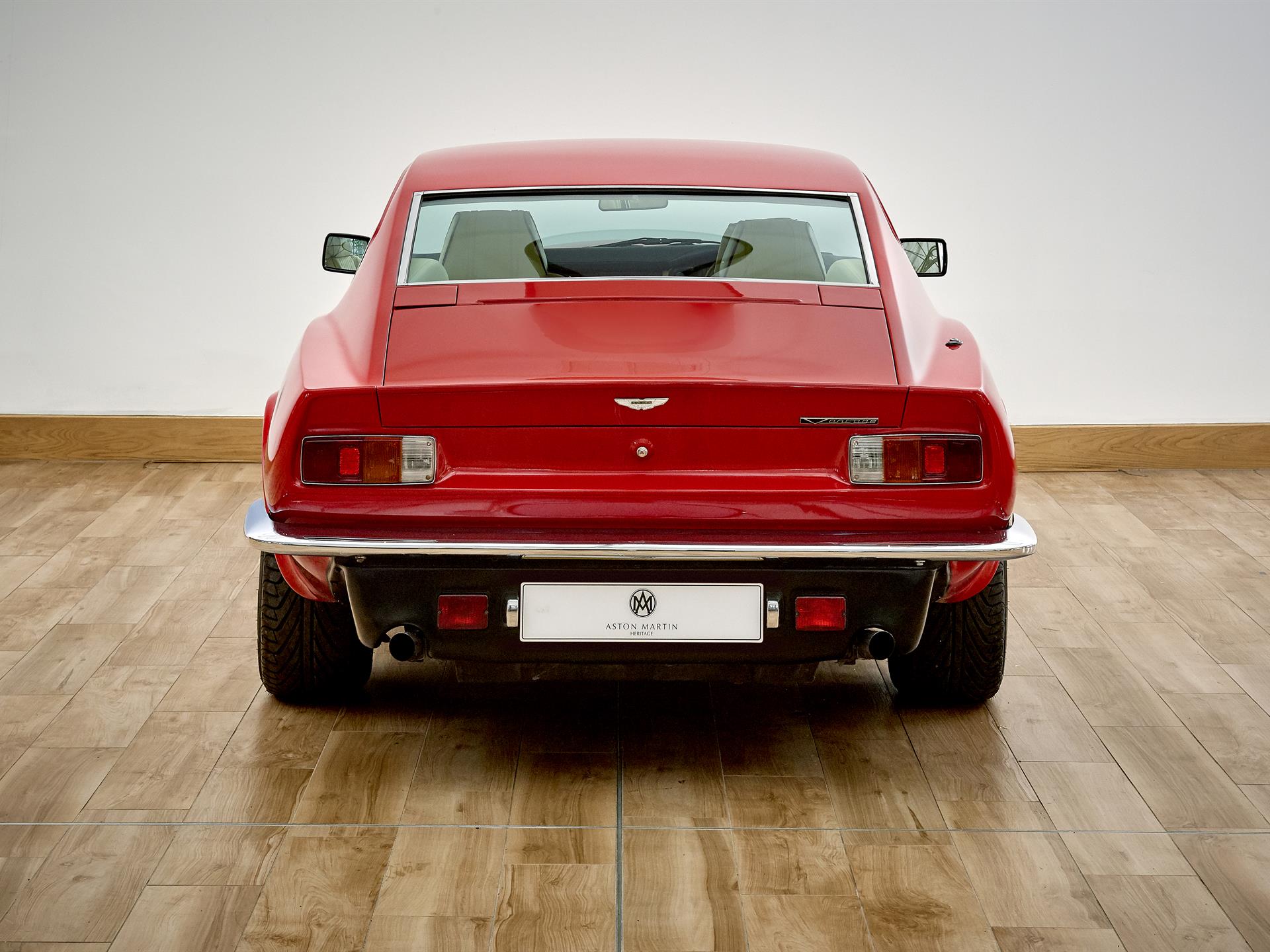 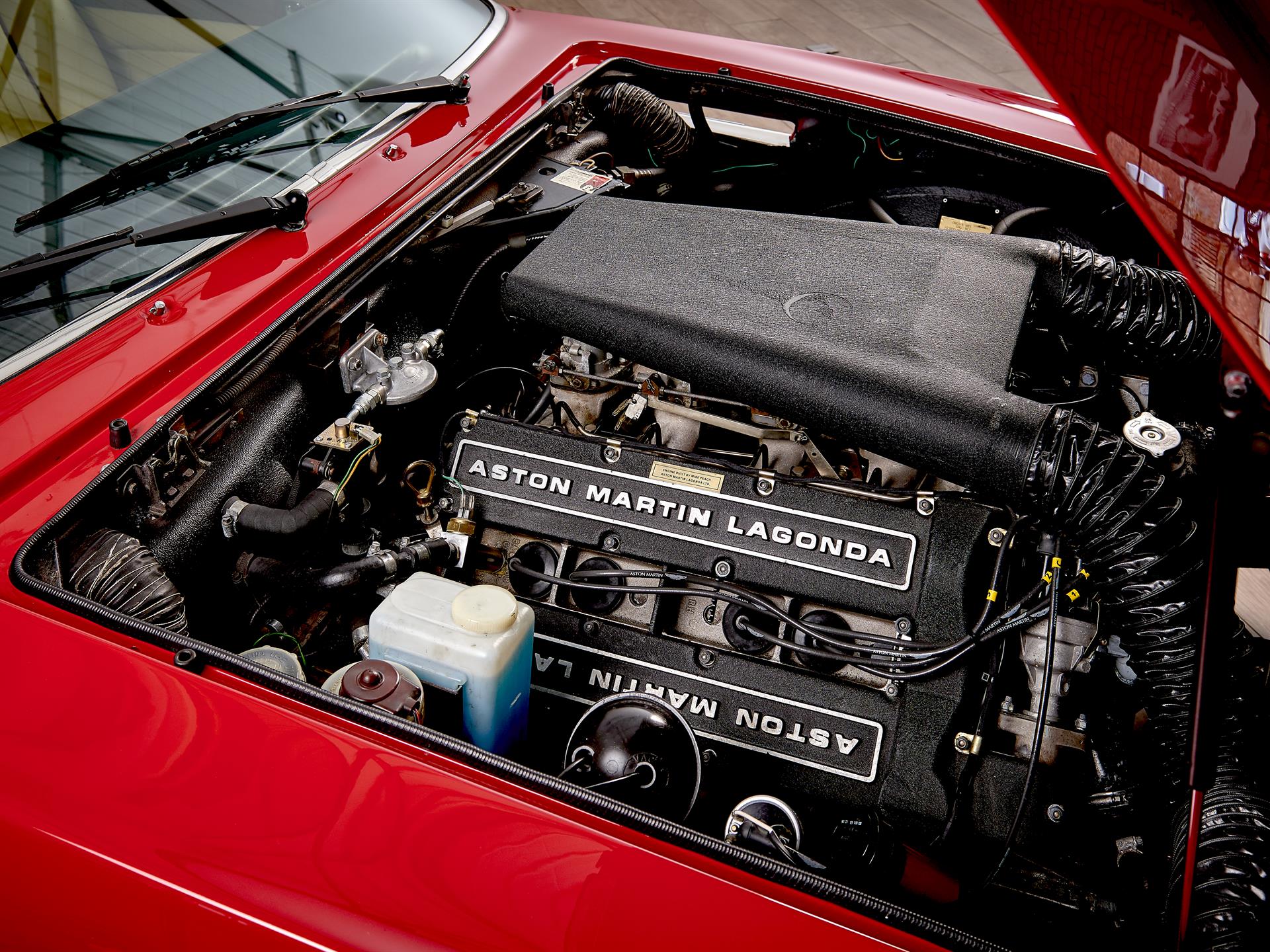 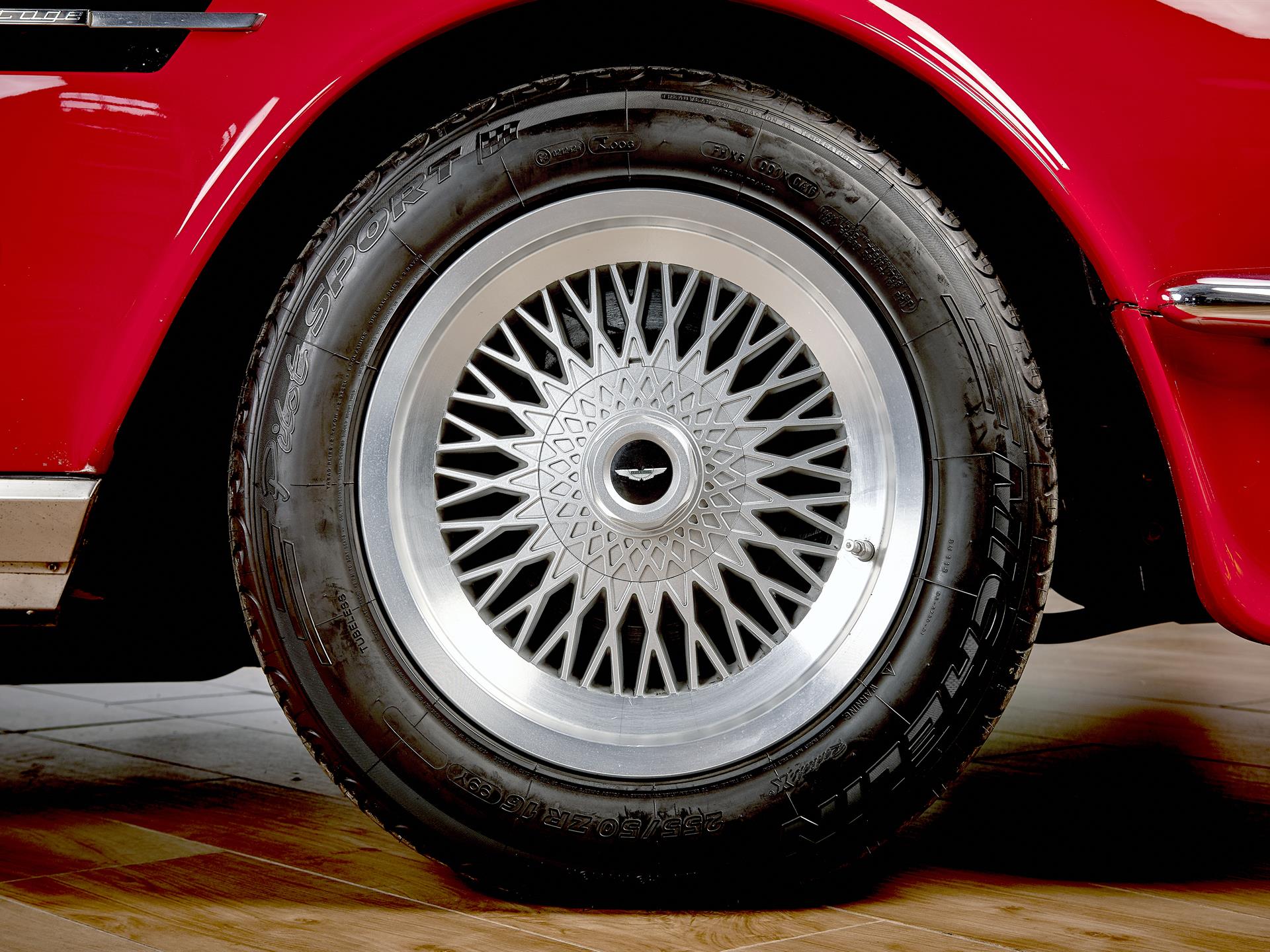 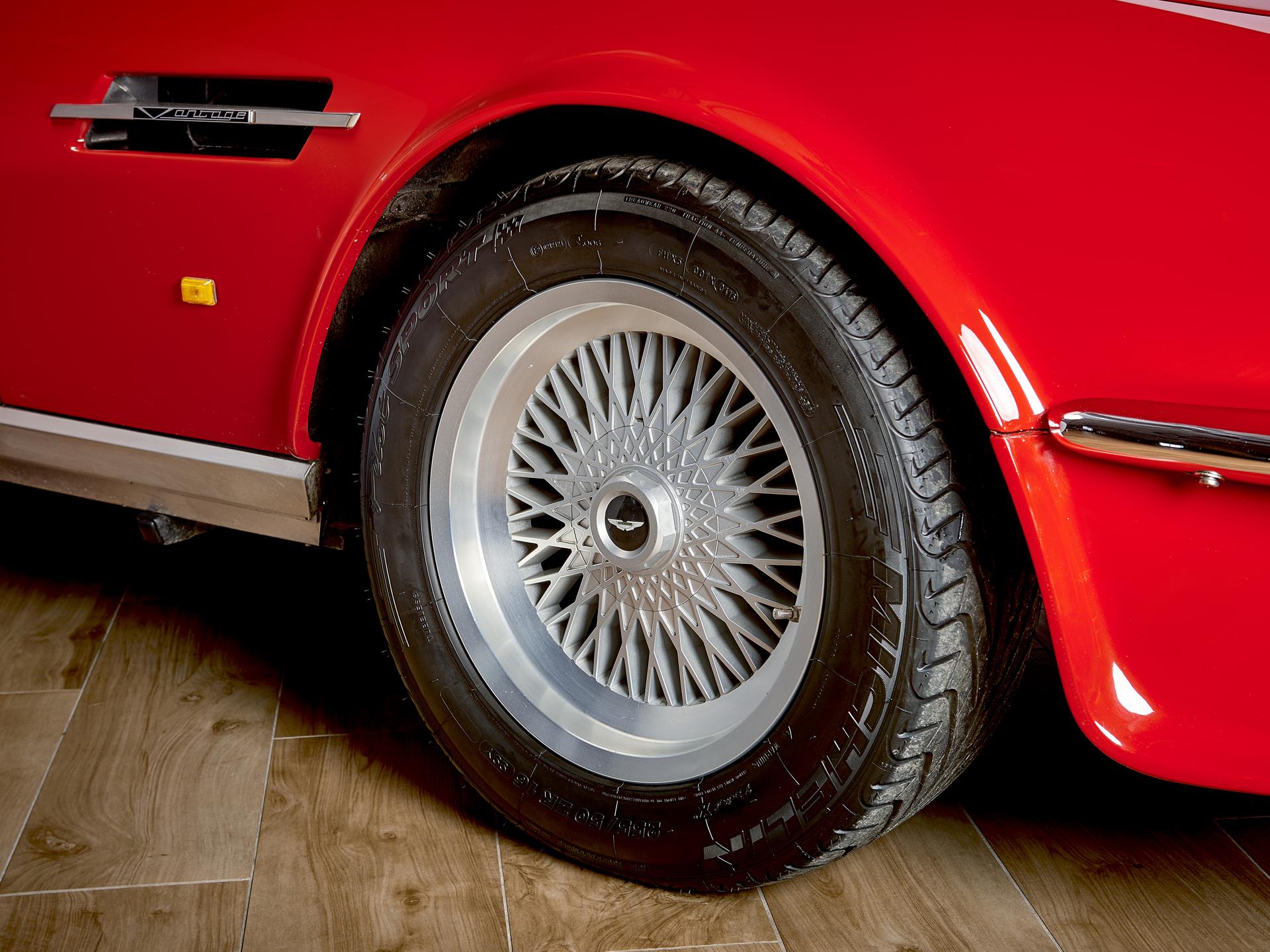 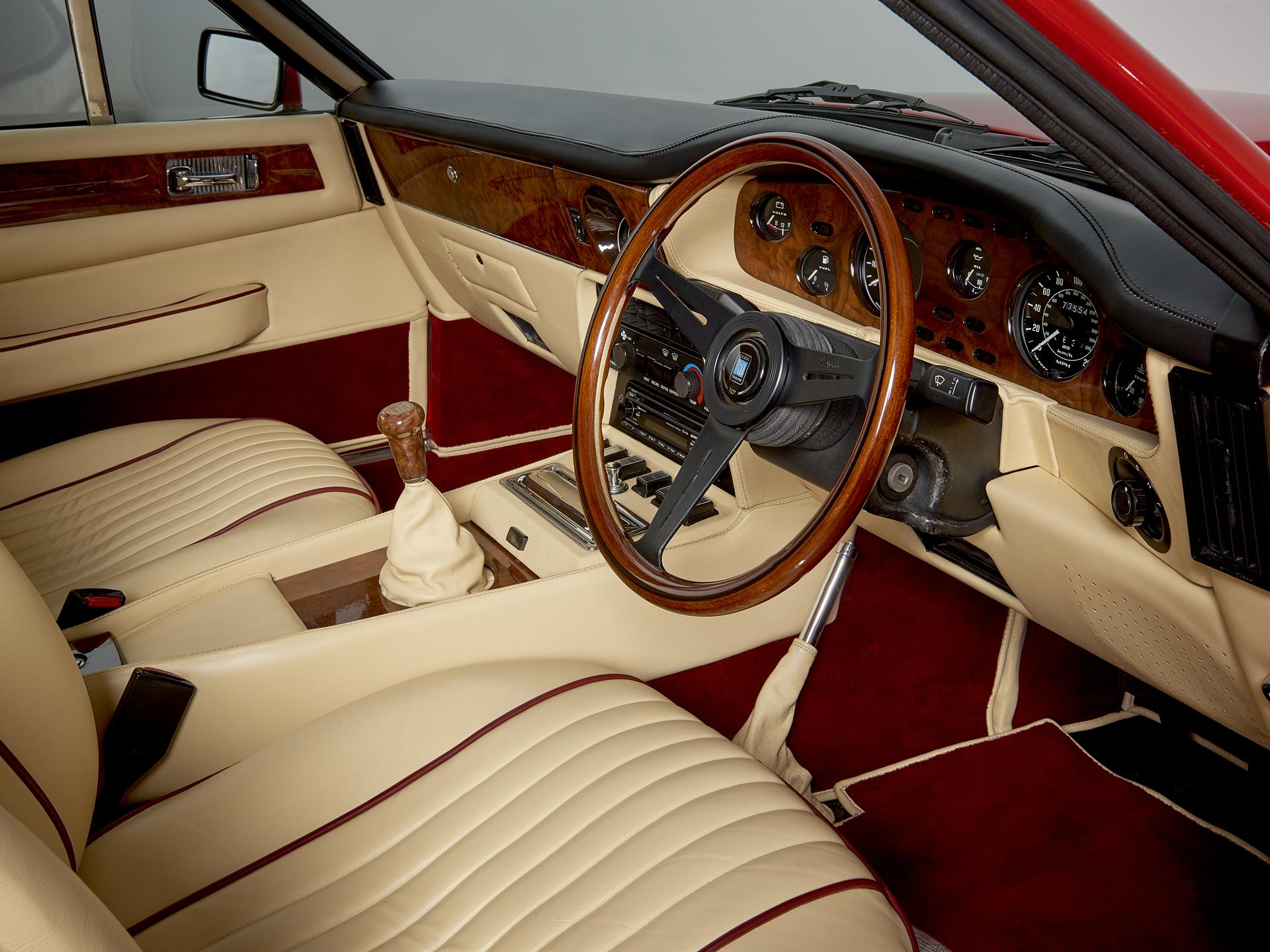 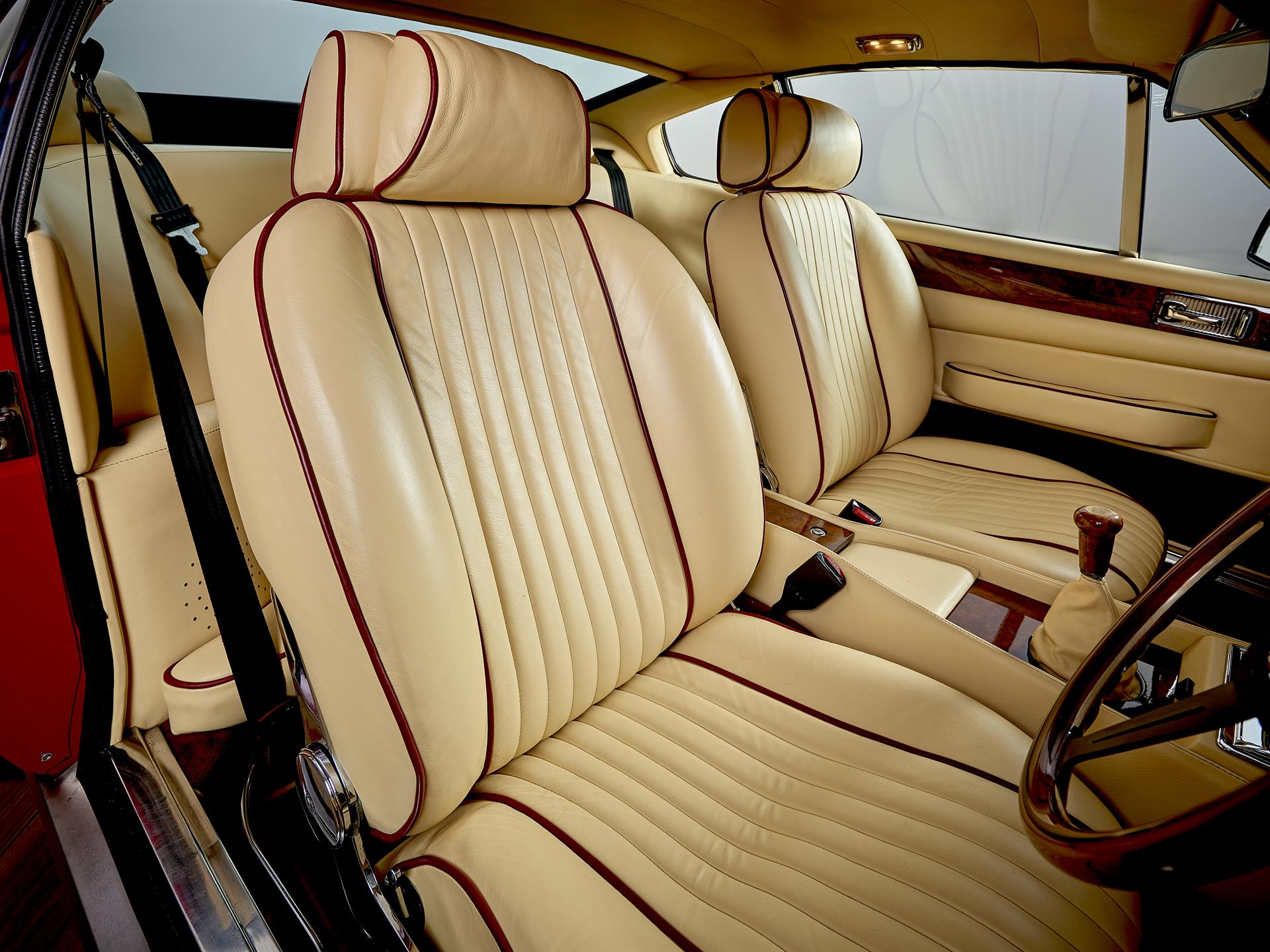 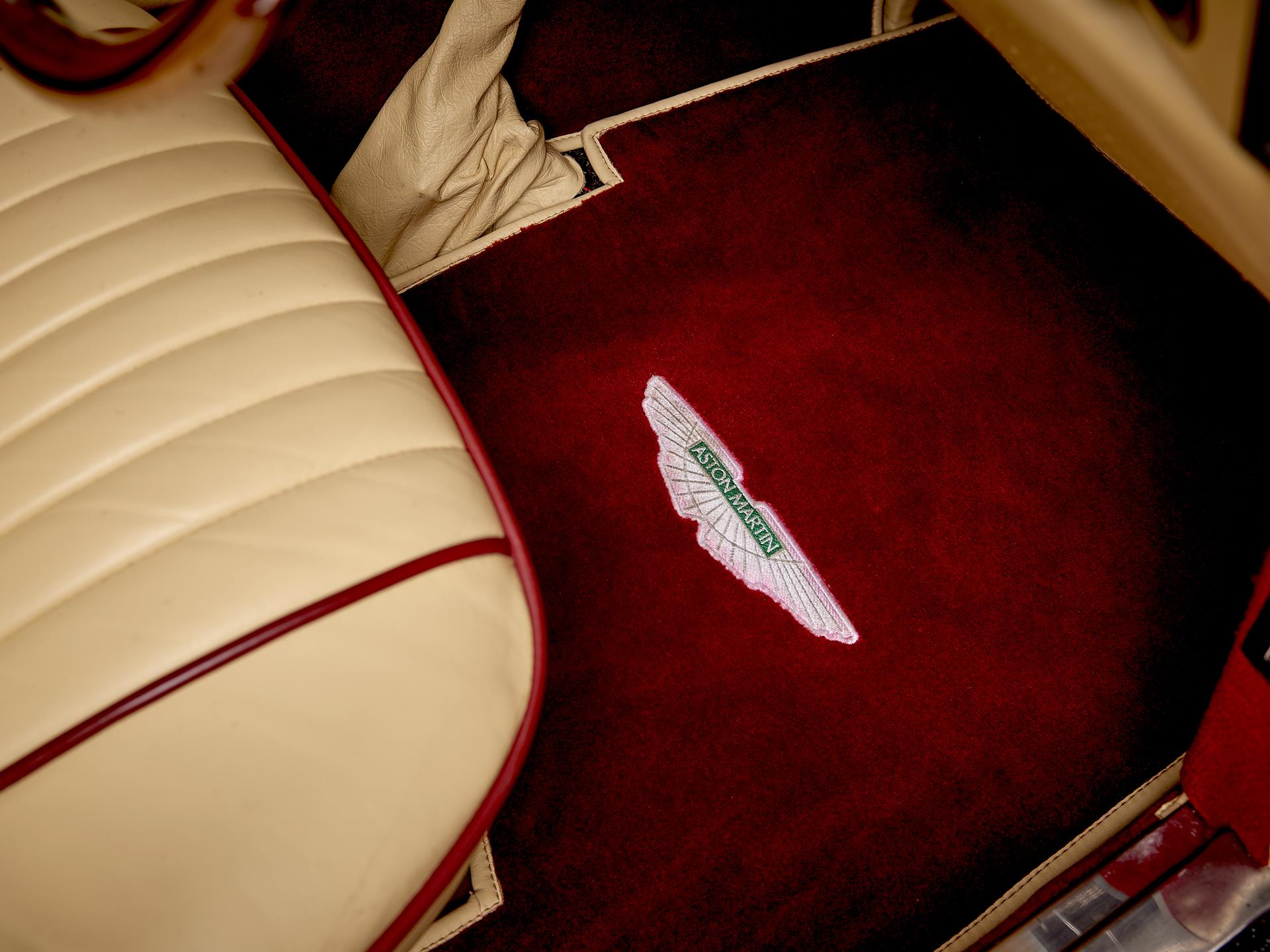 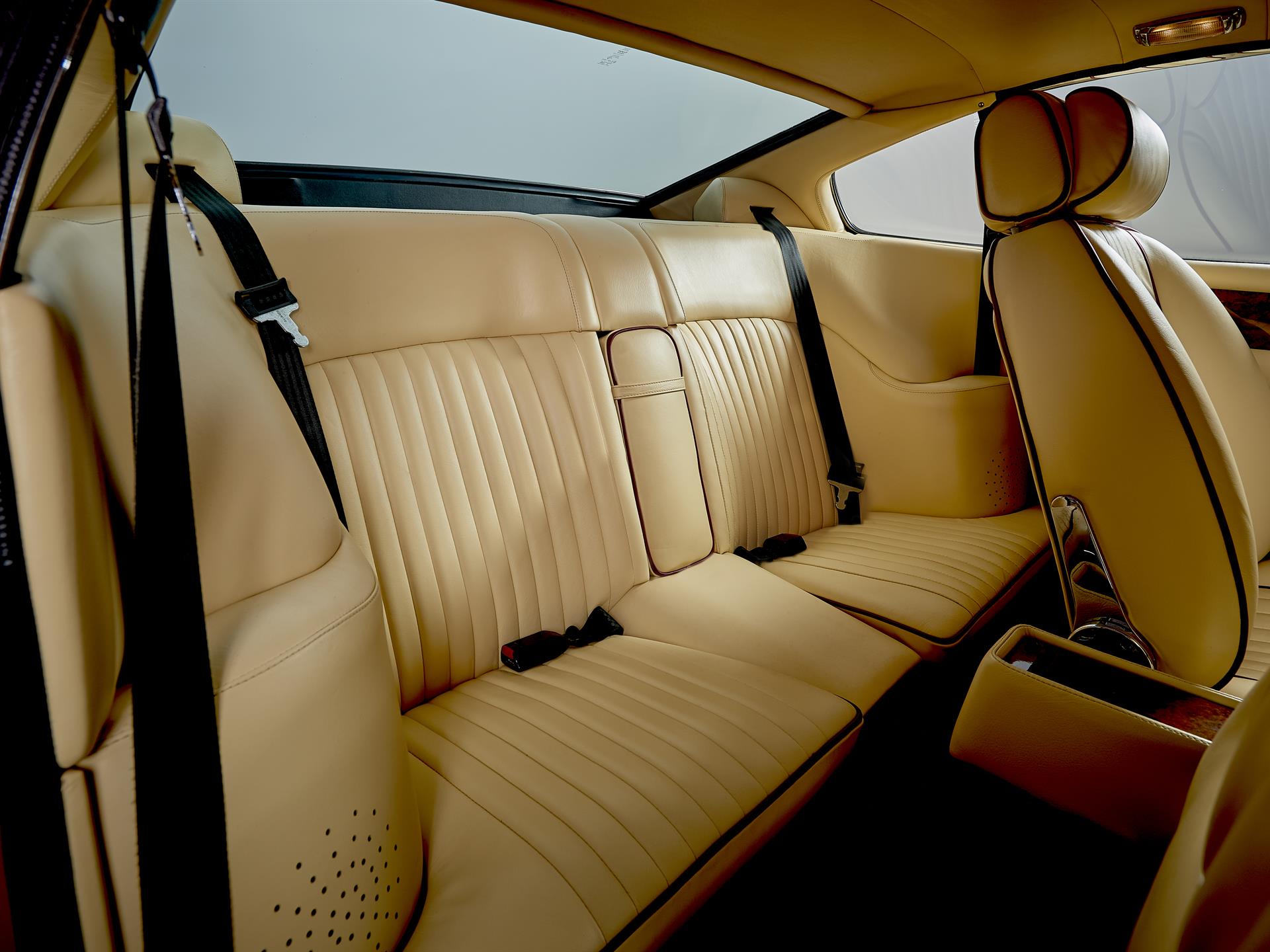 - Finished in its original colour combination of Suffolk red with a magnolia interior and red seat piping. - Sold new in Leeds in August 1987 and registered E77 BBB, with the first owner retaining the car for eight years. - Only 74,000 recorded miles from new and just five previous owners, most recent having owned the car since 2005. - The car boasts a very large history file detailing significant expenditure, including an engine overhaul in 2007, gearbox overhaul in 2009, a repaint of the body in 2015, and an interior retrim in 2016. - A very rare AM V8 Vantage X-Pack with manual transmission, one of only 121 manufactured - Supplied with a one-year UK warranty.

Aston Martin Works are delighted to offer an exceptional example of the iconic AM V8 Vantage. This late model Vantage is one of just 121 cars equipped with the most desirable X-Pack engine and 5-speed manual gearbox configuration, affording it the ultimate V8 Vantage driving experience.

Supplied new in Leeds in August 1987, this matching numbers car is presented in its striking and original colour combination of Suffolk Red with a magnolia leather interior with red piping.

The first owner had E77 BBB for eight years until the second owner acquired it in January 1995. Residing in Wolverhampton, the property developer applied his personalised number plate JR 6734 and was methodical about retaining paperwork relating to the car, a trait the subsequent owners fortunately copied.

The last owner was to enjoy the Vantage longer than anyone before, having bought it in February 2005 and applied the appropriate number plate 691 AMX. He was clearly an enthusiast and an excellent custodian as it appears the car was maintained without a concern for expense. A brief summary of the works carried out by recognised Aston Martin specialists includes an engine overhaul in 2007, a transmission rebuild in 2009, a suspension overhaul and upgrade in 2005, a brake upgrade in 2011, a repaint of the body in 2013, and a retrim of the interior in 2016. Further works were carried out by Aston Martin Works in 2017 which included a new Nardi steering wheel and new tyres, as well as some other items.

This fabulous car benefits from having an extremely generous history file, detailing its five previous owners and the meticulous attention they have paid to the car during its life. The file contains documents that are often sadly lost during the early life of a motor car such as the original dealer receipt note from the Reg Vardy dealership of Houghton le Spring near Tyne and Wear, and the original Warranty Card to the first owner in Kirby Overblow near Harrogate in Yorkshire, dated August 1st 1987. Accompanying these original documents are copies of previous V5’s and V5C’s documenting the previous owners and many expired MOT certificates since about 1992 documenting the mileage of the car. In addition to the all of these, there are a copious number of invoices from recognised Aston Martin specialists recording the maintenance work carried out on the car and correspondence from owners regarding the car.

With just 74,000 miles from new, this original Right Hand Drive V8 Vantage X-Pack is a very special car that presents in wonderful condition and boasts an envious history file – it is a rare opportunity.