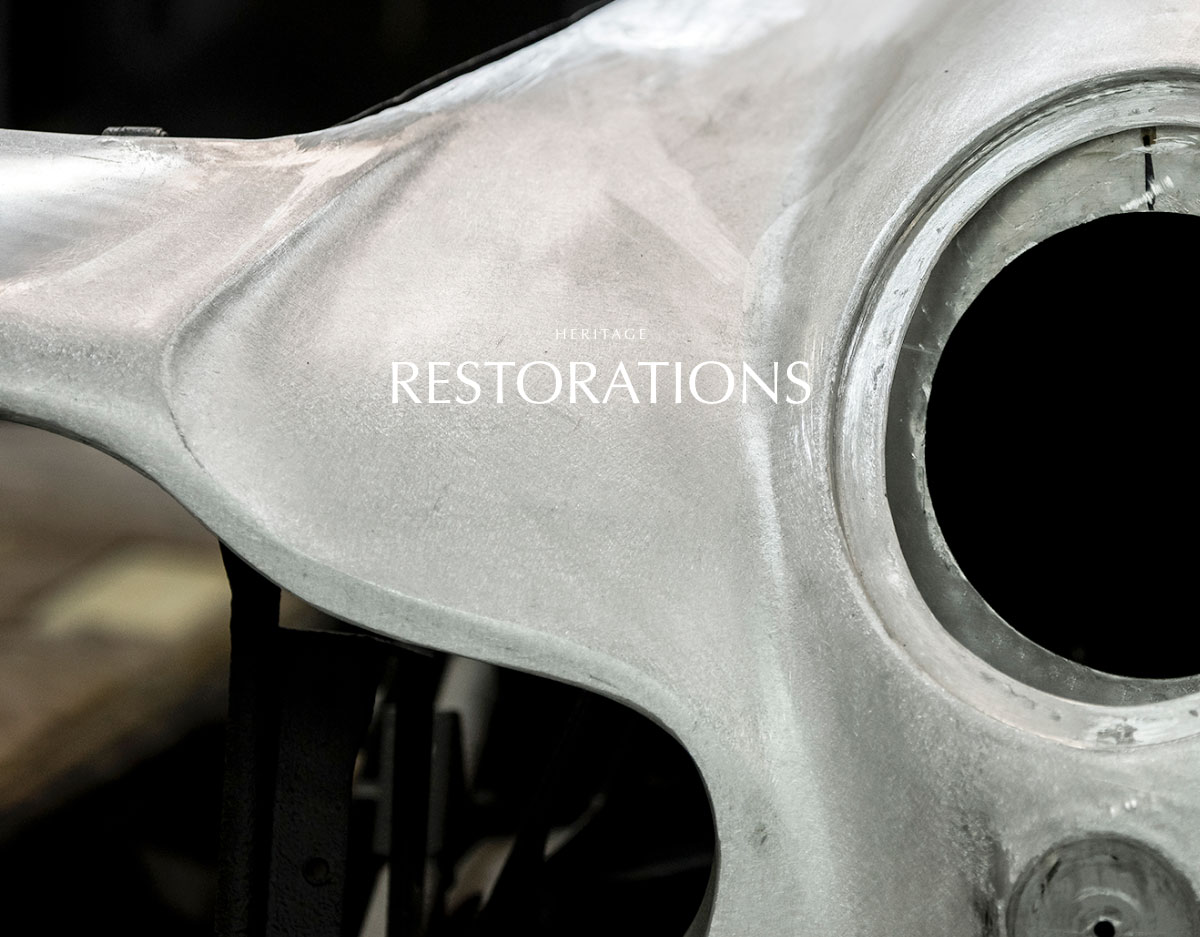 AN ASTON MARTIN WORKS RESTORATION IS GUIDED BY ONE PHILOSOPHY; THAT THE RESTORED MOTORING ICON WILL BE FINISHED TO A BETTER-THAN-NEW-STANDARD.

When a Heritage Aston Martin comes to Aston Martin Works, we think of it as coming home to the Newport Pagnell factory. 4,500 man hours ensures that the car is prepared for the next chapter of its life and for the requirements of modern driving, whilst above all else retaining the very essence of the car – its originality. To preserve as much of the original car as possible each component part is disassembled and stripped of paint and any corrosion. In their barest form the components are graded into that which can be retained, refurbished, or requires replacing.

Testament to the seamless blend of old and new technologies and methods employed, a restored chassis will be sand blasted and powder coated providing additional corrosion protection, whilst aluminium body panels will be hand formed or repaired, utilising the same skills as when the cars were first crafted. The latest paint technology will be applied for an improved finish with increased durability and the interior trim is hand-crafted using the finest authentic materials.

Whether restored to pure original specification or tailored to individual taste, Aston Martin Works ensures provenance from the traditional skills passed down from generations in the same workshops where the cars were originally made. 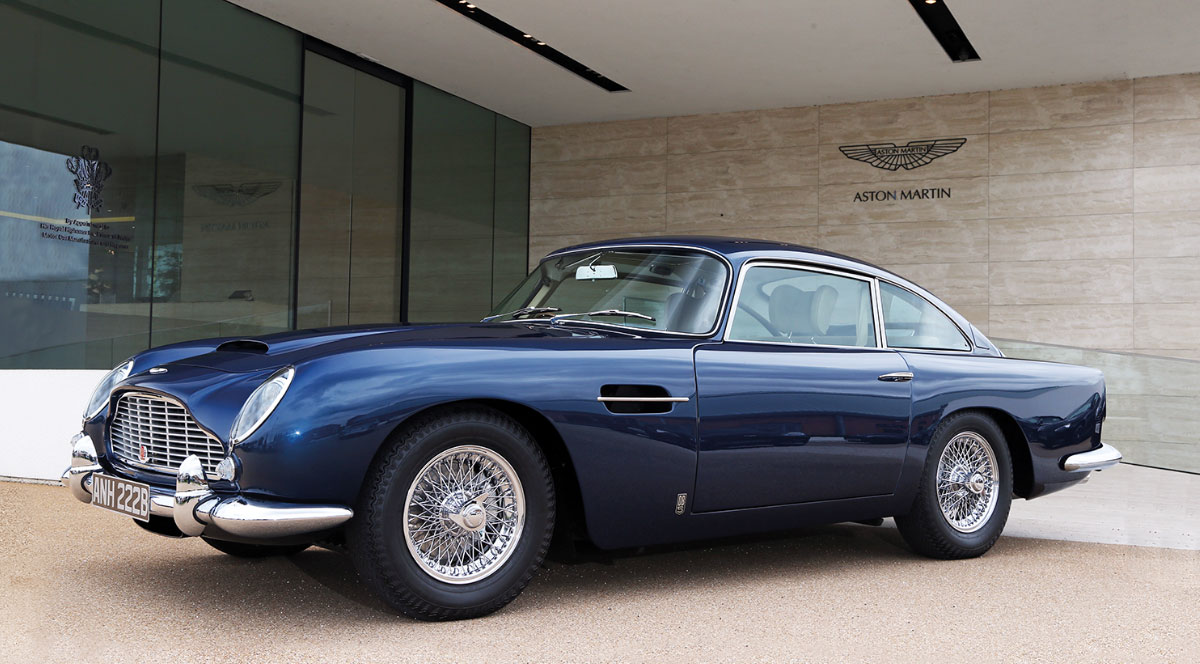 Driven by some of the greatest names in motor sport, including Peter Collins, Stirling Moss and Graham Hill, this extremely rare Aston Martin DB3S recorded victories at Silverstone, Seebring (USA) and Goodwood.

The totally restored Aston Martin DB3S returned to and completed the Mille Miglia race re-enactment in May 2014 — something of a home-coming for a car that twice competed in the original race.

DB3S, Chassis #5 of 11, was returned to Aston Martin Works by its Swiss owner in 2011 with its engine and many components boxed or missing. Following a thorough assessment, a restoration schedule was agreed with the objective that the car be ready to enter the Mille Miglia endurance race re-enactment event in Italy in 2014 — something of a home-coming for a car that twice competed in the original race.

The car was in a poor state, having been subjected to many sub-standard repairs and ill-conceived modifications. Its chassis was cracked, the original body had been replaced with a poor and worn out substitute, the engine required a new cylinder block and head casting and many more mechanical components were in need of replacing.

Most of the tooling for such a rare car no longer existed, so the Aston Martin Works heritage specialists recreated them. Over 4500 ‘man’ hours then went into crafting and fitting an all-new hand-made aluminium body, new chassis tubes, floor panels, braking system, clutch, hand-made triple DCOE magnesium carburettors, flywheel and seat frames as well as overhauling the gear box, final drive, steering and suspension. The car was completely re-wired and even the paint was carefully researched and manufactured to order, in time for the totally top-to-toe restored Aston Martin DB3S to return to and complete the Mille Miglia in May 2014.

That is just the start of the globally renowned Aston Martin Works Fixed Price Restoration. Whatever it takes, your heritage car will be restored to a condition that can justly be termed ‘better than new’. There are no surprises for our customers.

Please contact our restoration experts to discuss the details of your proposed project.